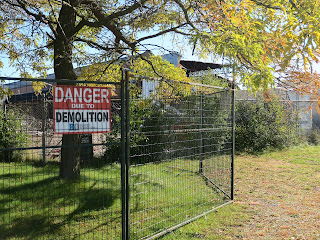 Friend Larry commented just yesterday that there was a demolition in progress along Keegan Parkway. The portents had been evident for some time. Abandoned buildings with a growing rash of broken windows along the street side, empty yards and buildings throughout the rest of the massive complex. The most optimistic sign was the proliferation of wild grapes along the chain link fences. 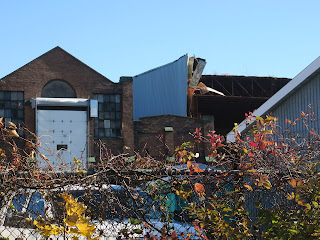 It's inevitable that the property evolve into something more useful, accessible, and (ahem)  attractive. Turns out, residential development has been under discussion since 2014, for the former Stephens-Adamson property. A proposal for parkland expansion into the area went before city council in 2003. I spent some time at the factory site today, in the bright late fall sun, to pay my respects. 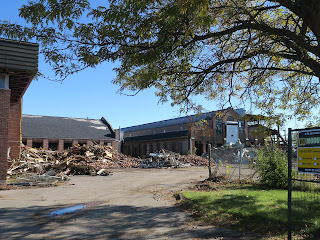 After a bit of casting about online, I found some stories of the plant. A 1957 newspaper article enthused about the recent completion of a 200 ton ore sintering machine (prepares ore products for blast furnaces) for the smelter at Wawa.

(Ironically, when we visited Wawa a couple of years ago, the former smelter, which once climbed a hillside overlooking the city, was in the throes of disappearing, leaving a huge raw wound up the hill, and a good workforce going wanting.) 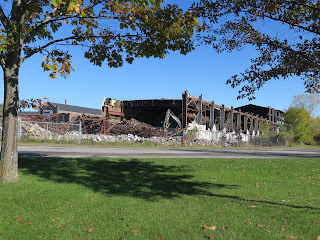 Stephens-Adamson was a Division of Metso Metals, their mission the production of heavy equipment for the steel and mining industries. Conveyors rose up often in the conversation. 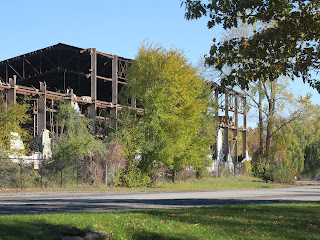 The massive building across the road from the Bayshore Trail  has often come up in conversation, as we walk along the waterfront. Den often recalls his early worklife, as an apprentice at the huge Ruston Bucyrus excavator equipment manufacturer in Lincoln, England, working in just such a space, a massive crane in the roof delivering heavy components to workers in each of dozens of bays, each served by a smaller crane branching off from the main one. Not the workplace for quiet confidences! 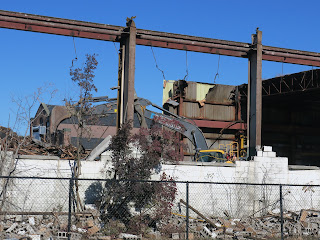 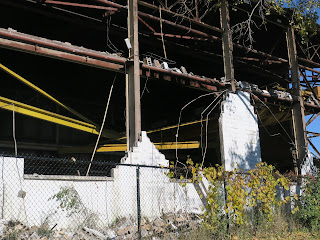 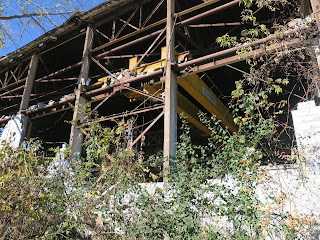 I studied the building, and absorbed that sort of sadness that comes with any demolition, the sense of the history made here, the lives lived. I had noticed a couple standing at the roadside, watching the work going on, arms wrapped around each other, for the warmth, or the comfort. The fellow called out a question: "Do you suppose they're going to demolish the crane, or remove and reuse it? Turns out he knew about such things, and on my request, explained how the equipment worked. He pointed out the 10 on the main crane, 10 tons, and explained just how much such things cost. 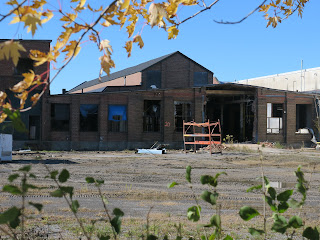 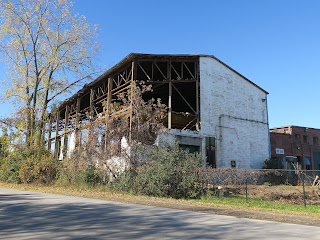 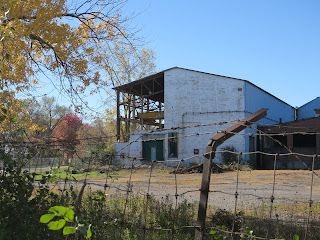 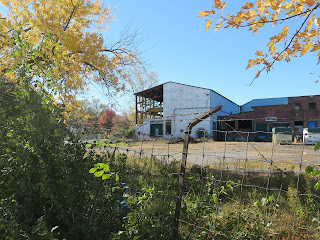 After checking with the Community Archives of Belleville and Hastings County, I share this photo of what the company looked like once upon a time, in 1948.


Posted by Ancestral Roofs at 3:17 PM