A Lady and a Scholar 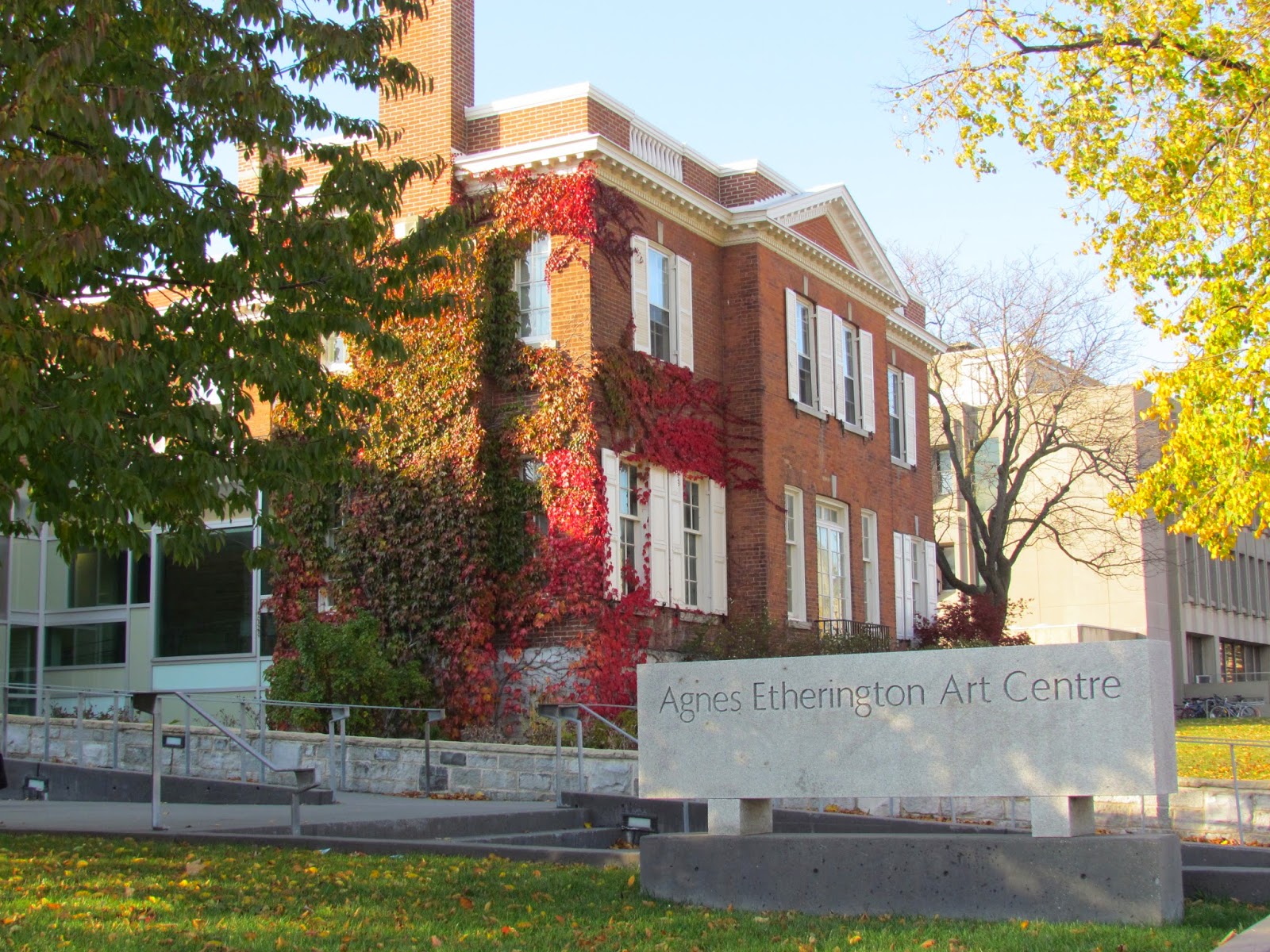 Odd, isn't it? I grew up an hour from Queen's University in Kingston, but it was the last school I thought of when a change of direction sent me off to uni after 5 years of high school. I wanted a modern university, miles from home.
So it wasn't until last week, some 50 years after that big decision, that I ventured onto the campus of Queen's University. I was there with friend Brenda, who was on an errand to the Art Conservation program labs on the campus. 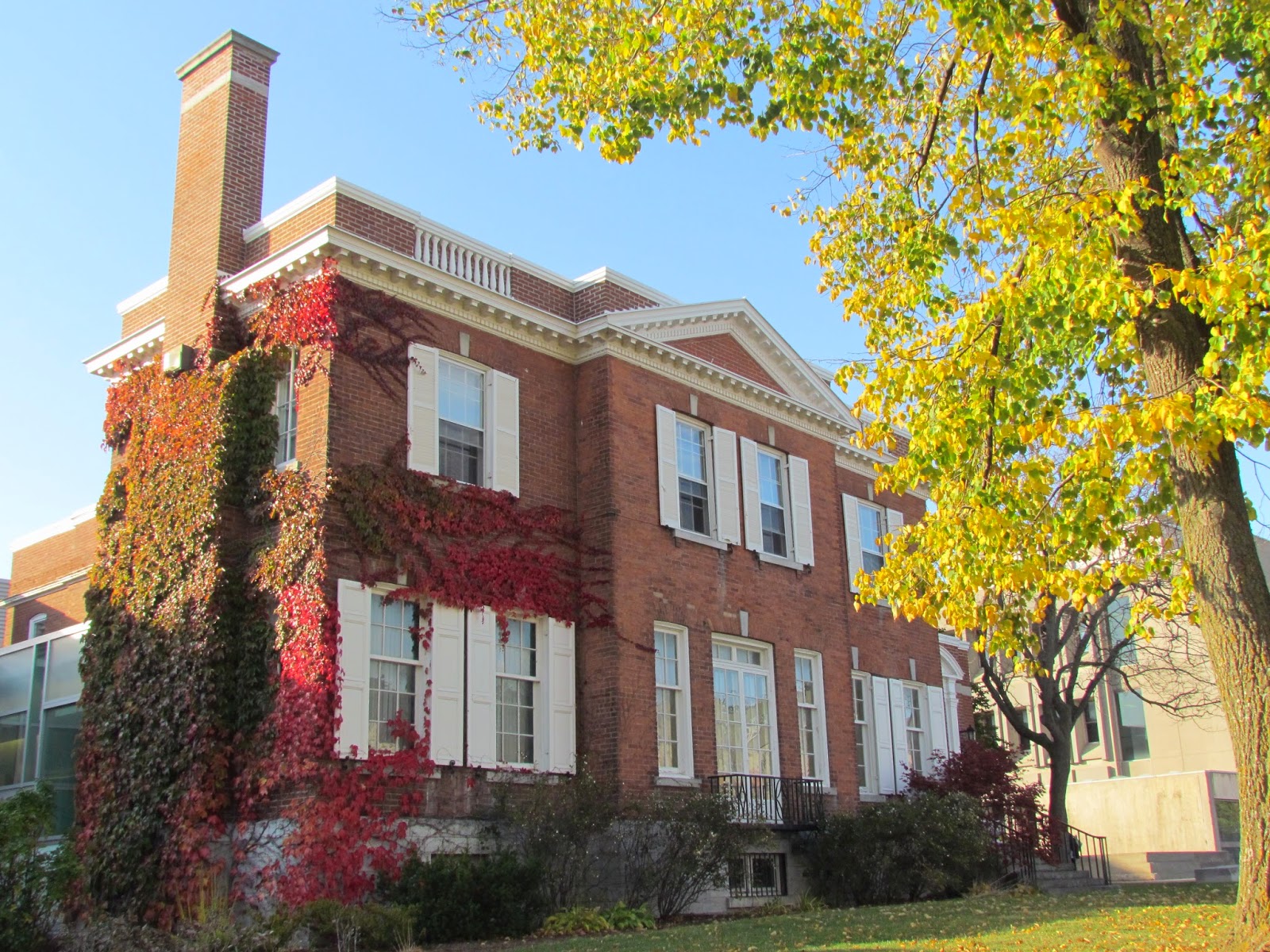 During our visit, we had a good look about the outstanding gallery of the Agnes Etherington Art Centre, continuing my love affair with costume; my most recent flirtation took place at Spadina House last April. It was time. 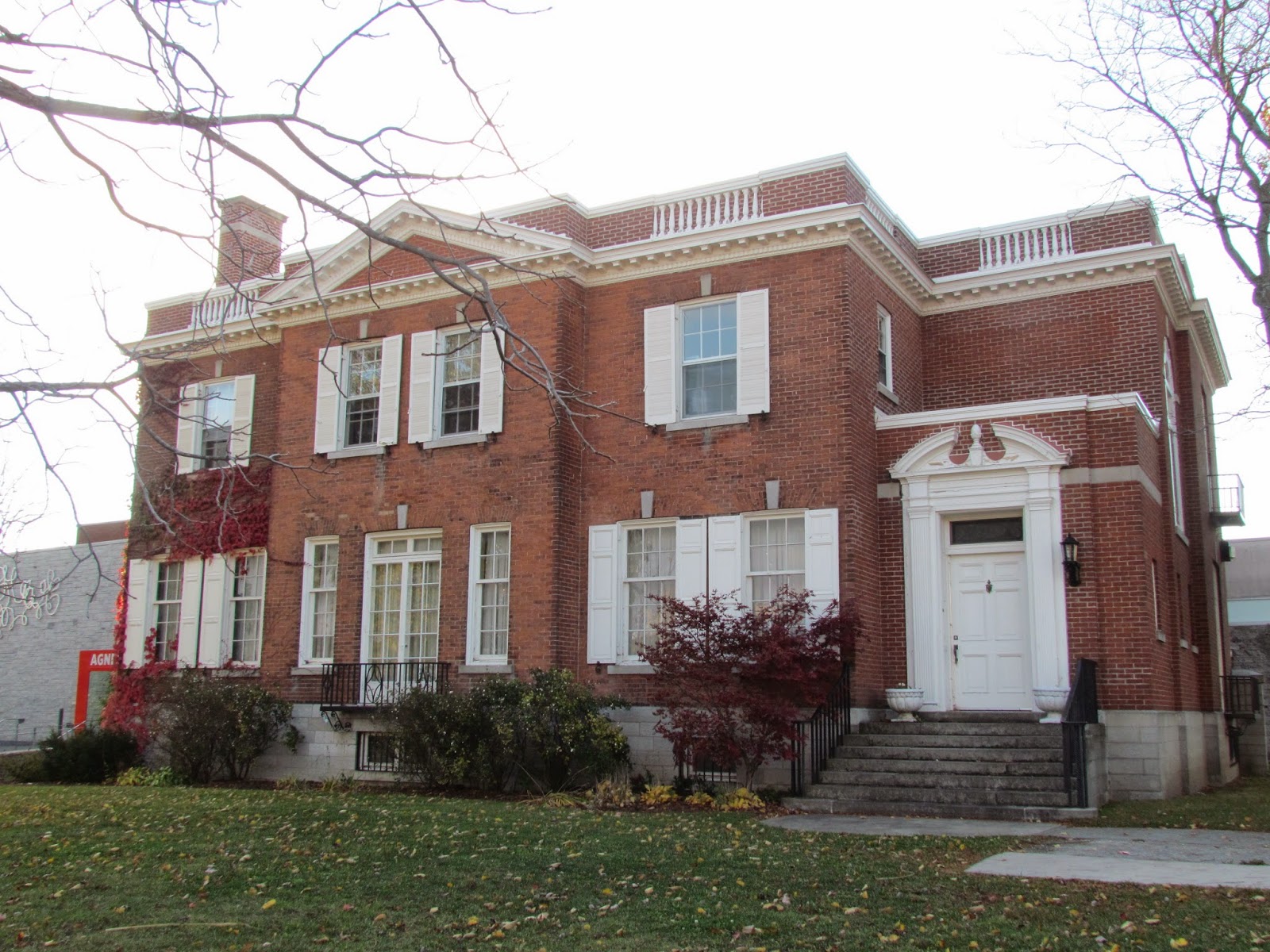 'Artful Dressing: The Fashion of Agnes Etherington', was an exhibition of beautifully designed costume from the early decades of the c.20, items which had belonged to Agnes Etherington (nee Richardson), that cultural force for good.  This worthy woman willed her home to Queen's "for the furthering of art and music".                                              The Queen's Encyclopedia relates her influence on the Fine Arts program at the university, and the well-to-do family's impact on the University.
But of course, my attention was captured by the red brick Georgian house, to which the modern gallery addition is added.
Turns out, the house was originally a tall Victorian house sitting on the west, residential side of University Avenue, which once marked the western extremity of Queen's, according to the Queen's University Heritage Study (1998). I haven't been able to find an historic photo of the old Richardson place (1879), but it was the only residence to survive when the university expanded across the street from its original complex on the east side of University. 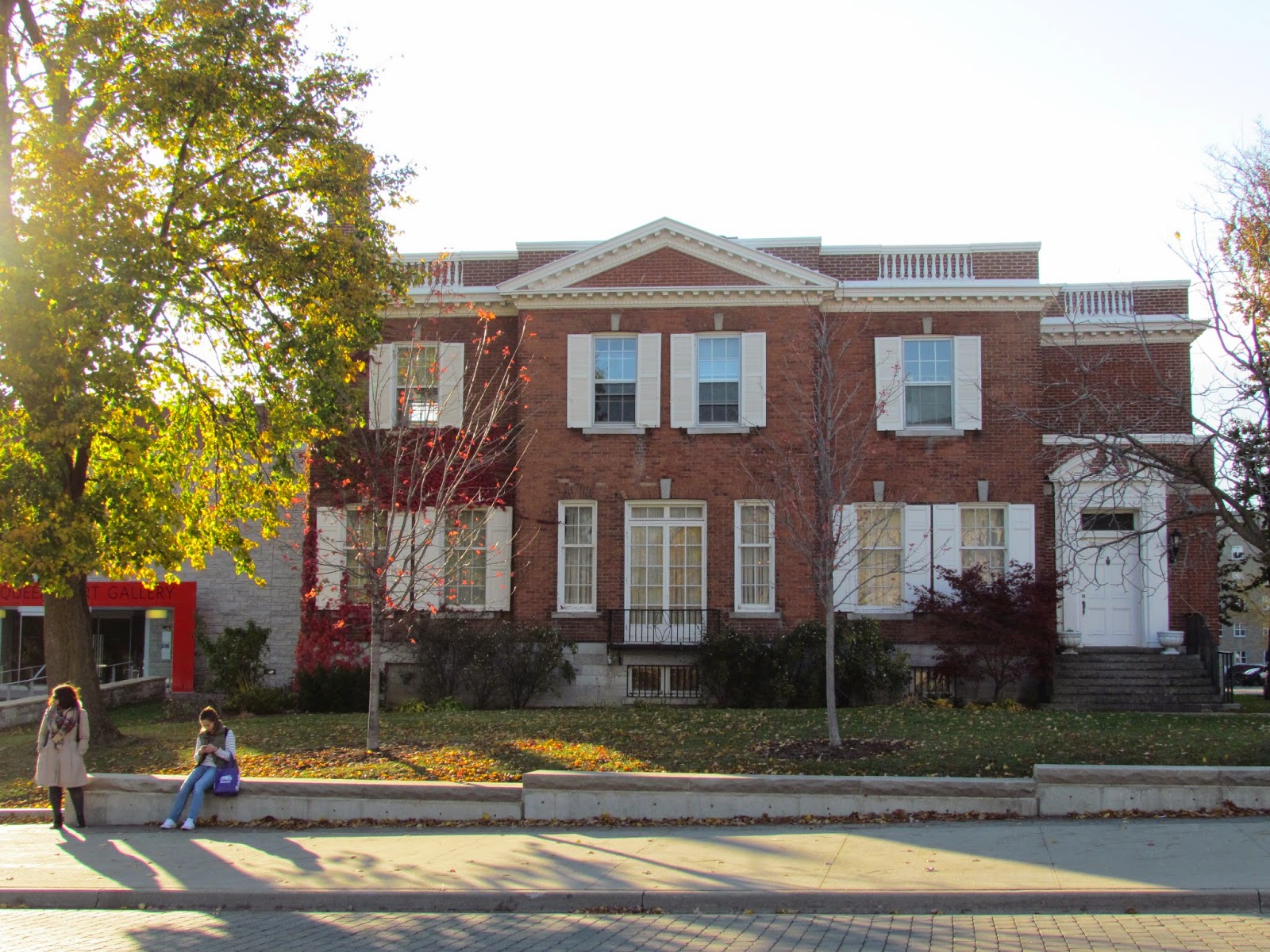 Turns out the red brick home we see was totally remodelled in 1920, to the Neo-Georgian style we see in these photos. I'll quote the Heritage Study on its character defining elements, to give my brain a break: "The main block Neo-Georgian style, brick walls, projecting central gabled pavilion, French windows, the flat roof and brick parapet with balustrade,* the moulded and detailed cornice, the wooden entrance surround and panelled door, iron balustrades, stone keystones and sills, flat arched window surrounds, window mullions, and the wooden shutters, are essential to this building's character."

You can have a walk-round here to see the sides I missed.

* Brenda, there's the answer to your parapet question.

Further to the discussion about the posh residential neighbourhood on the west side of University Avenue (just outside the grounds), here a a couple of views from the Vintage Kingston Facebook album 'Queens/KGH'.

Posted by Ancestral Roofs at 11:27 AM