So you think you know Hamilton

So you think you know Hamilton do you? Despite overwhelming evidence to the contrary, this image is what folks often conjure up when they hear the word Hamilton.

I beg to differ, but I am blinded as I find myself falling in love with the city, and longing to return. 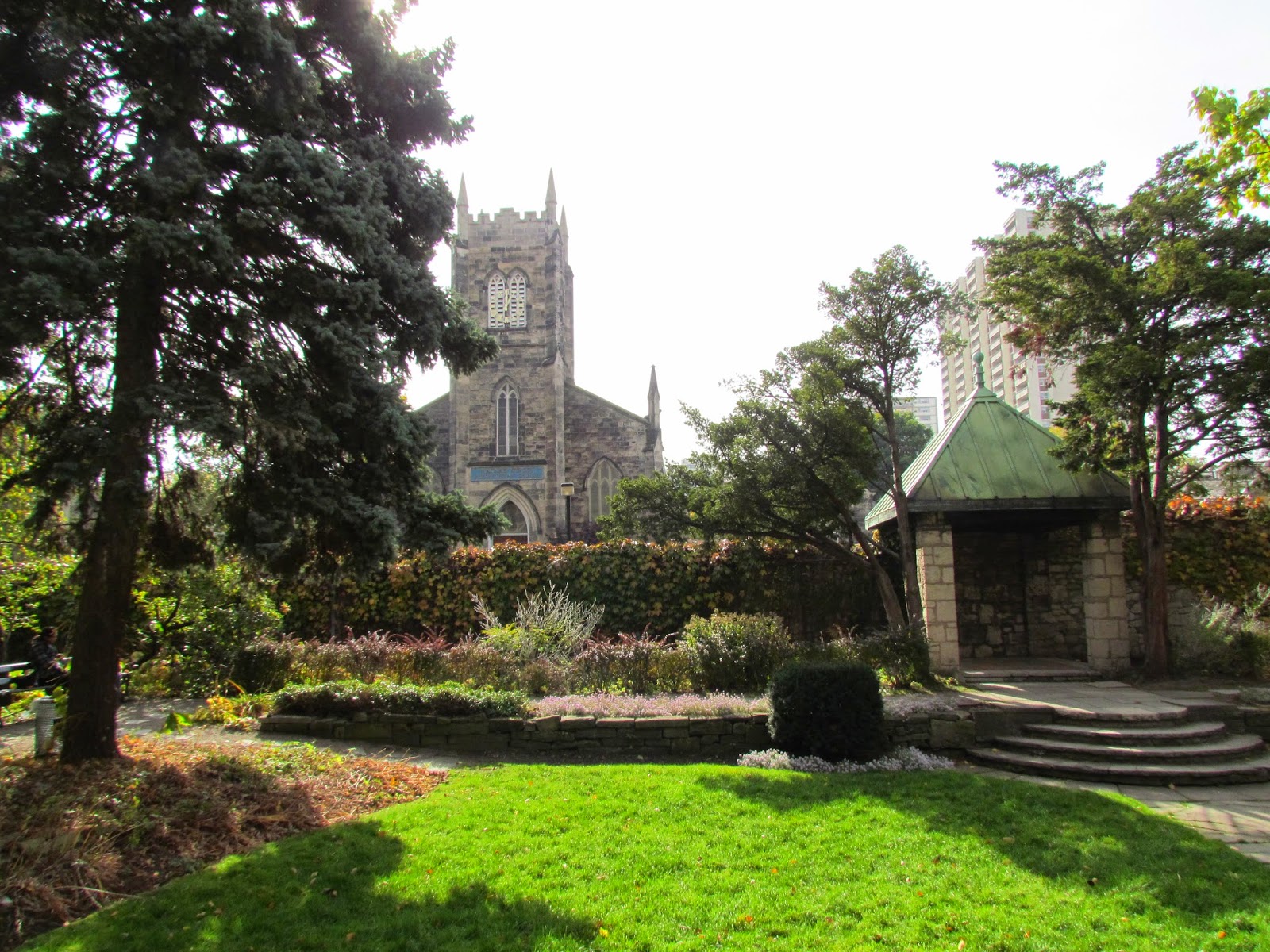 These are some spellbound shots I took upon entering one of the first spots I spent time in on a recent photo trip near and in the McNabb Street South neighbourhood, a destination suggested by two of Hamilton's most informed fans of built heritage. 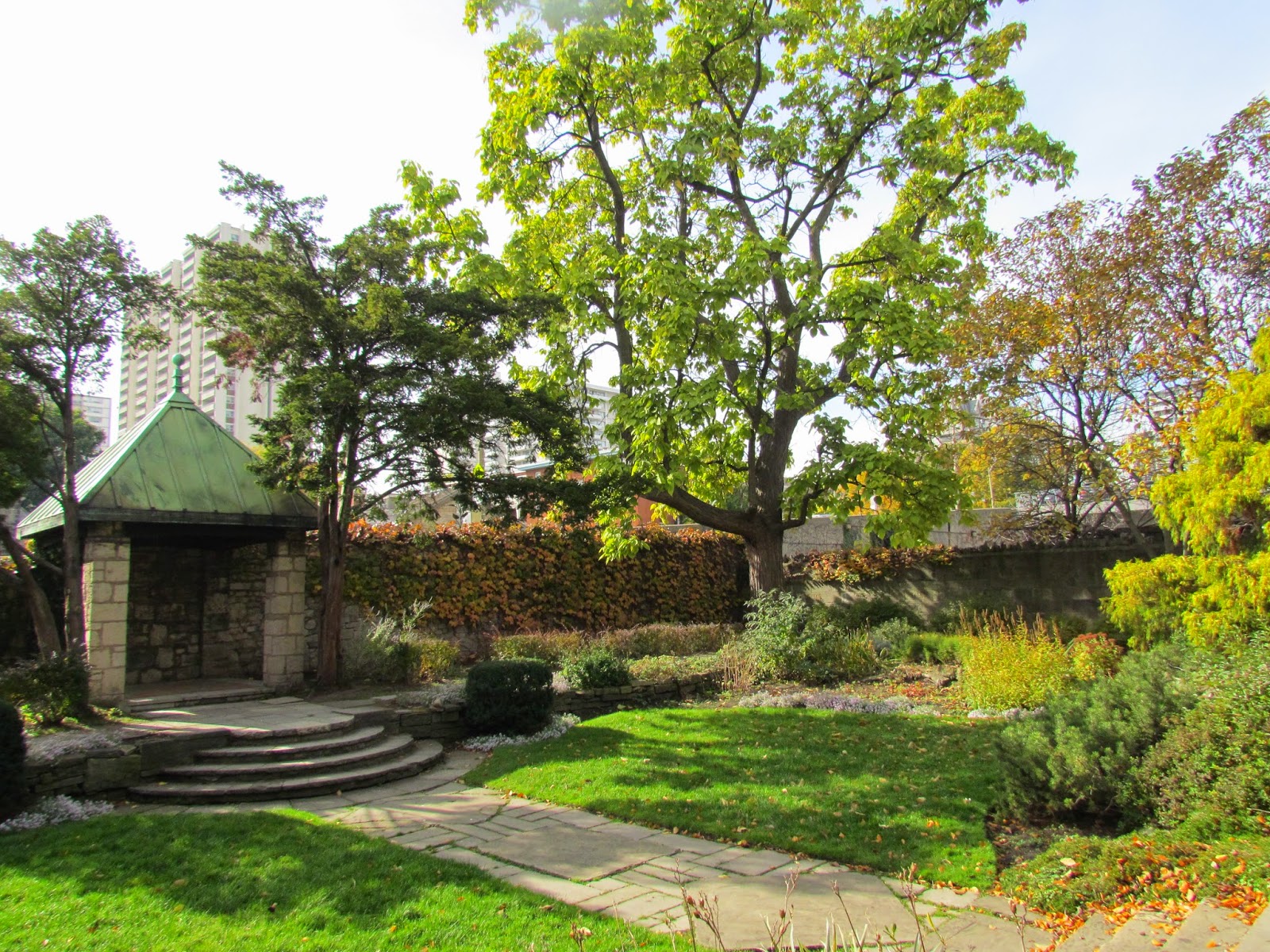 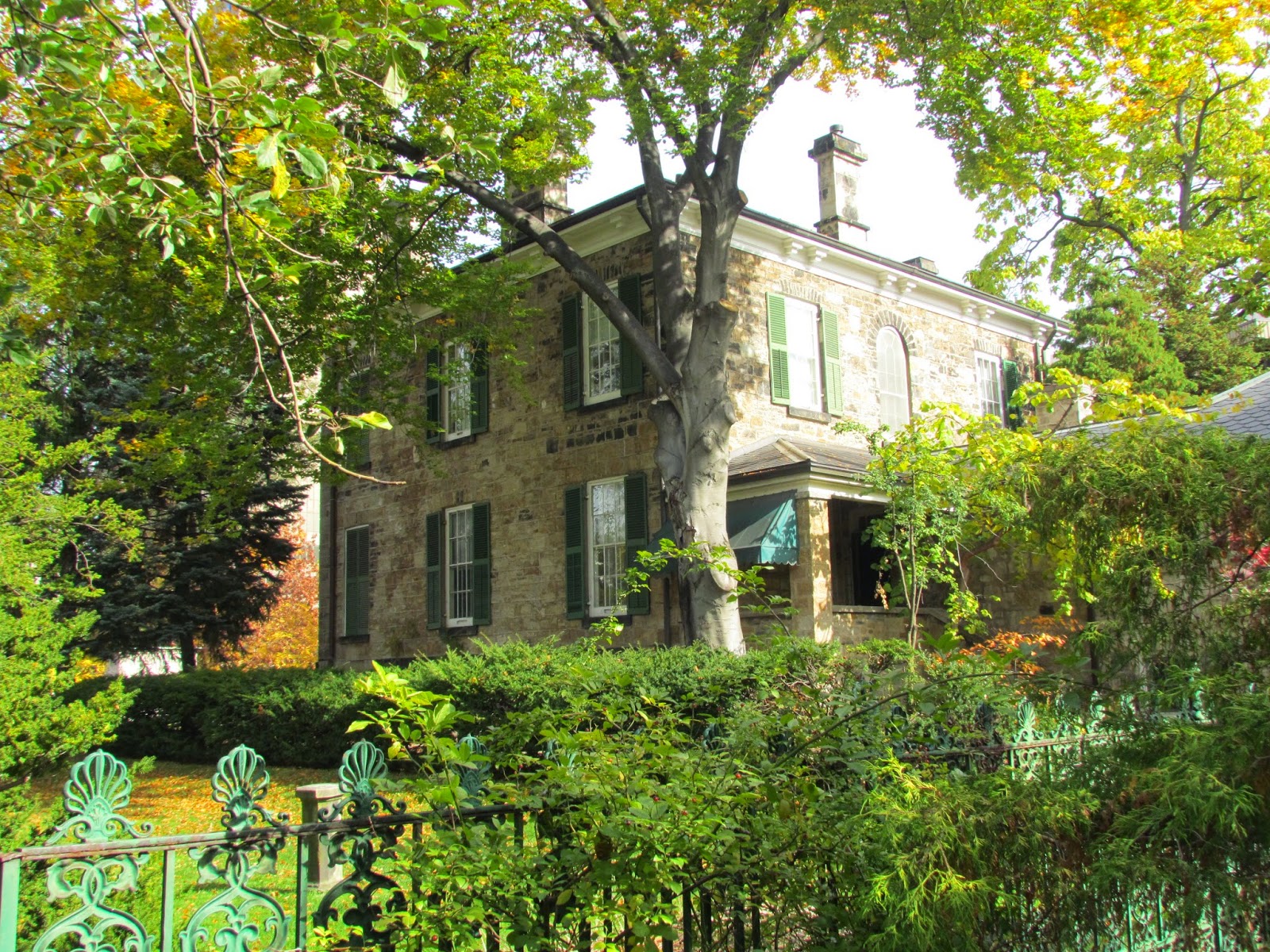 This is the walled garden of Whitehern, now a National Historic Site, built between 1848 and 1850 for city clerk and attorney Richard Duggan, purchased by Dr. Calvin McQuesten in 1852, remaining in the family for 116 years, and bequeathed to the city by the last remaining McQuesten in 1968. It's now a museum, an event venue, and....an oasis. 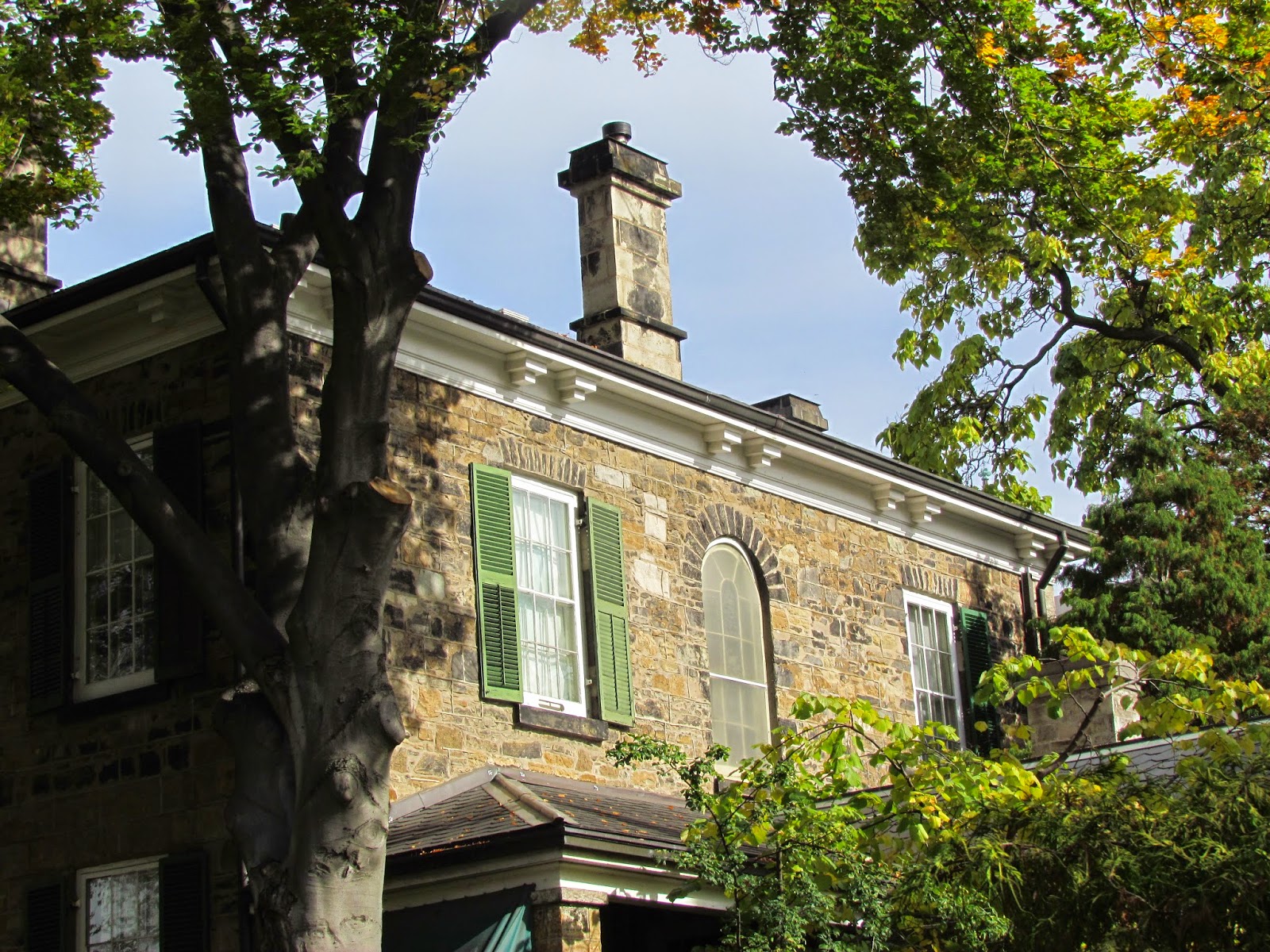 Ignore for a moment the white noise city roar (easily done in photos) and this walled garden, steps from Hamilton City Hall is a wonder. Magnificent catalpa and beech trees, shrubbery and flower beds, benches under the trees. Several people were sojourning there as I wandered about in wonder. 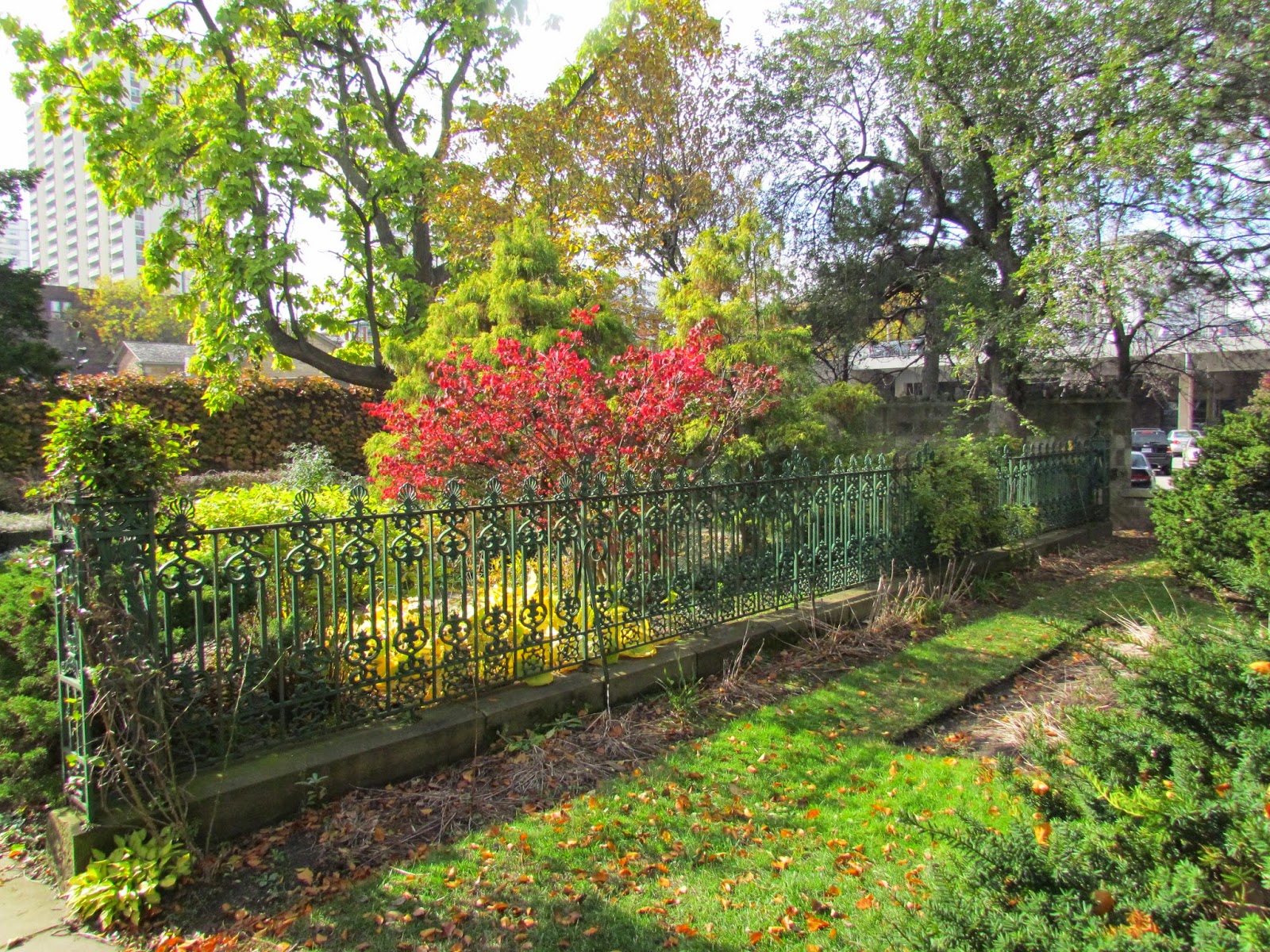 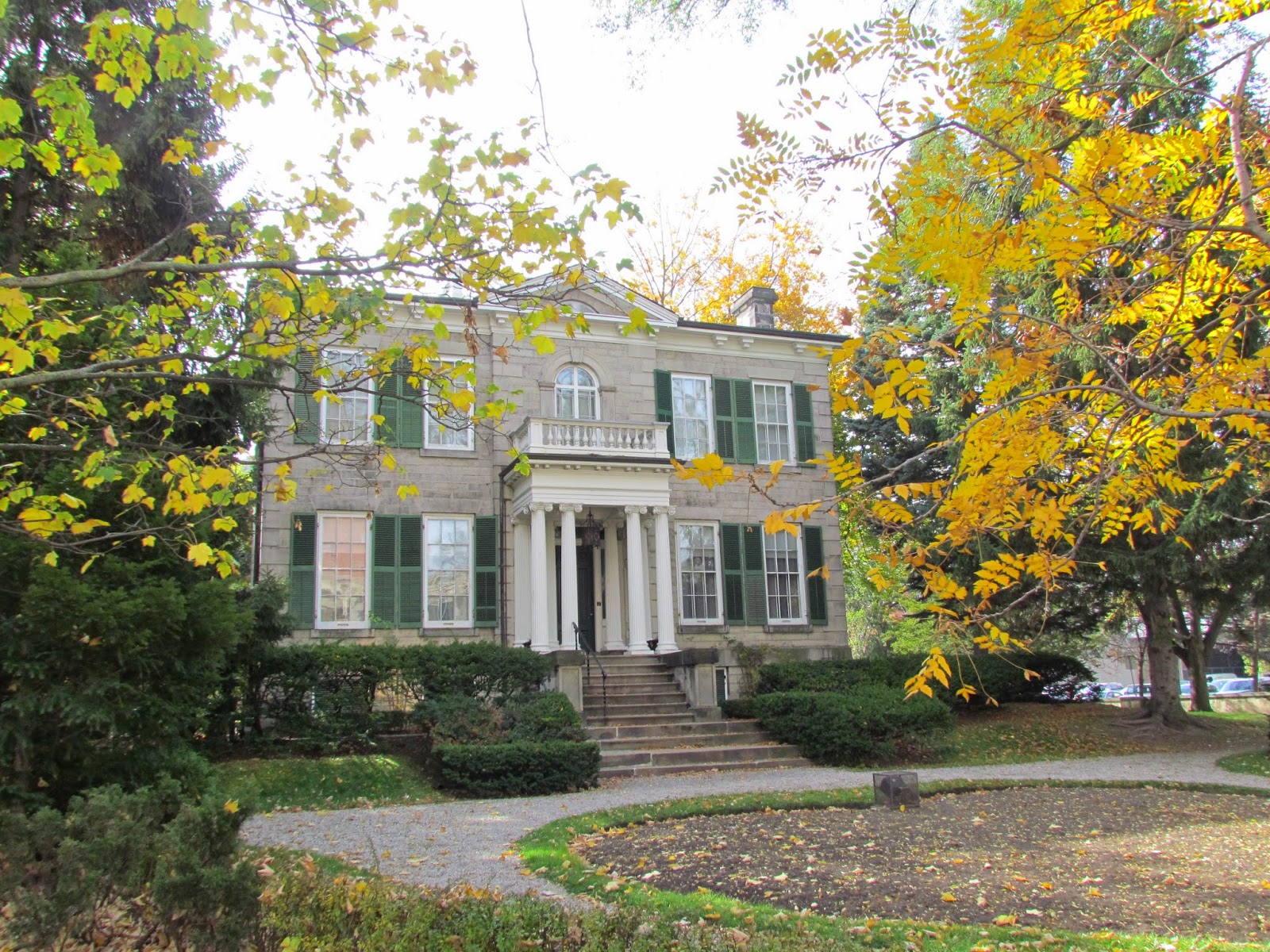 Whitehern from the east, or front facade. A stone Palladian style home observing strict symmetry, with a projecting frontispiece topped by a pediment, quoins, a classical portico atop high stairs. 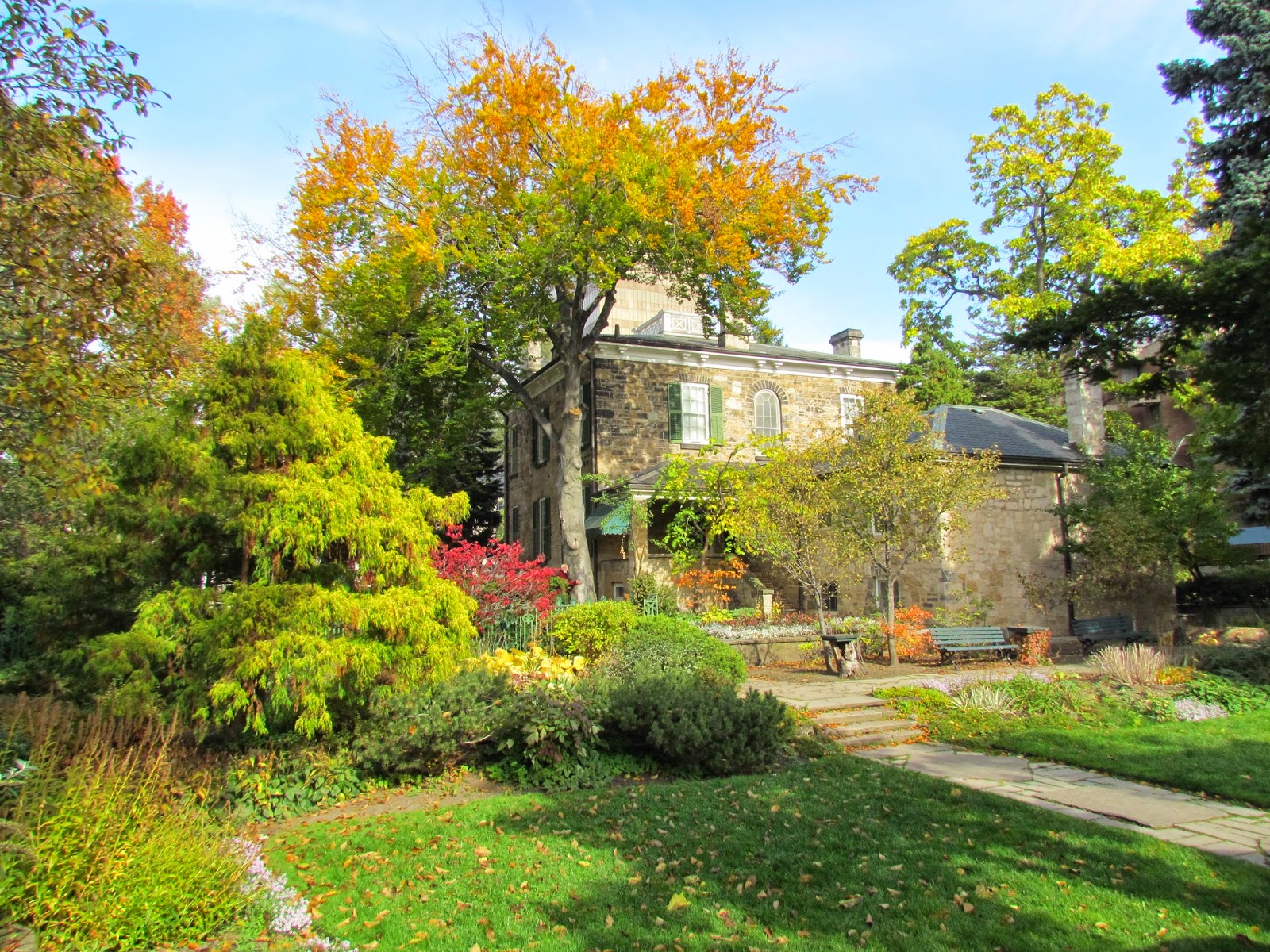 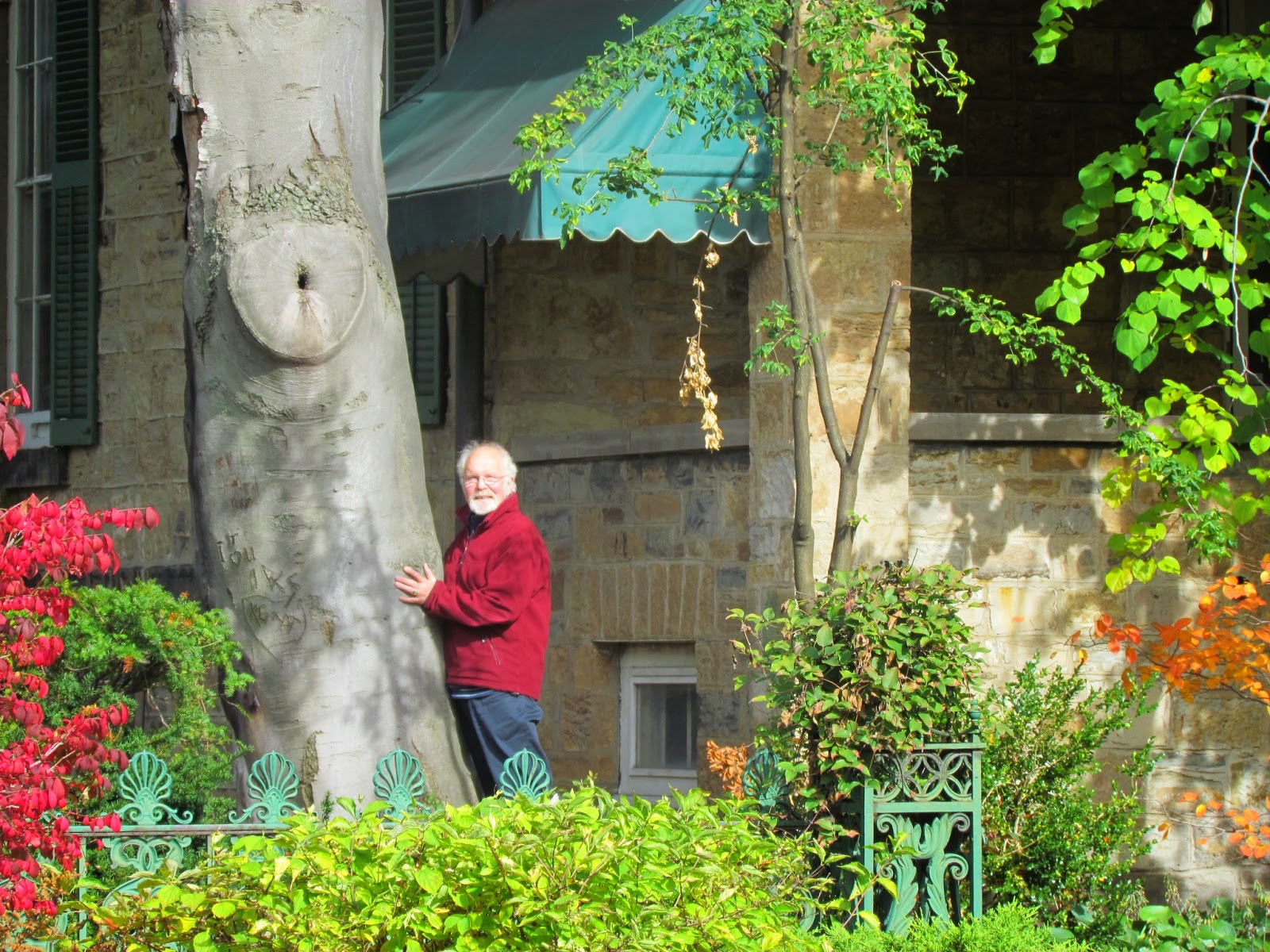 In this unlikely garden sanctuary, Denis bonded with an ancient beech tree. Late day sun and shadow highlighted the richness of colour and texture in this wonderfully maintained garden.

We didn't inquire as to opening hours for Whitehern, as I had many more streets to explore before our errands took us back onto the 403, and homeward. But this astonishingly effective virtual tour gives a good taste of the home and the lives lived there - and invites a return visit. 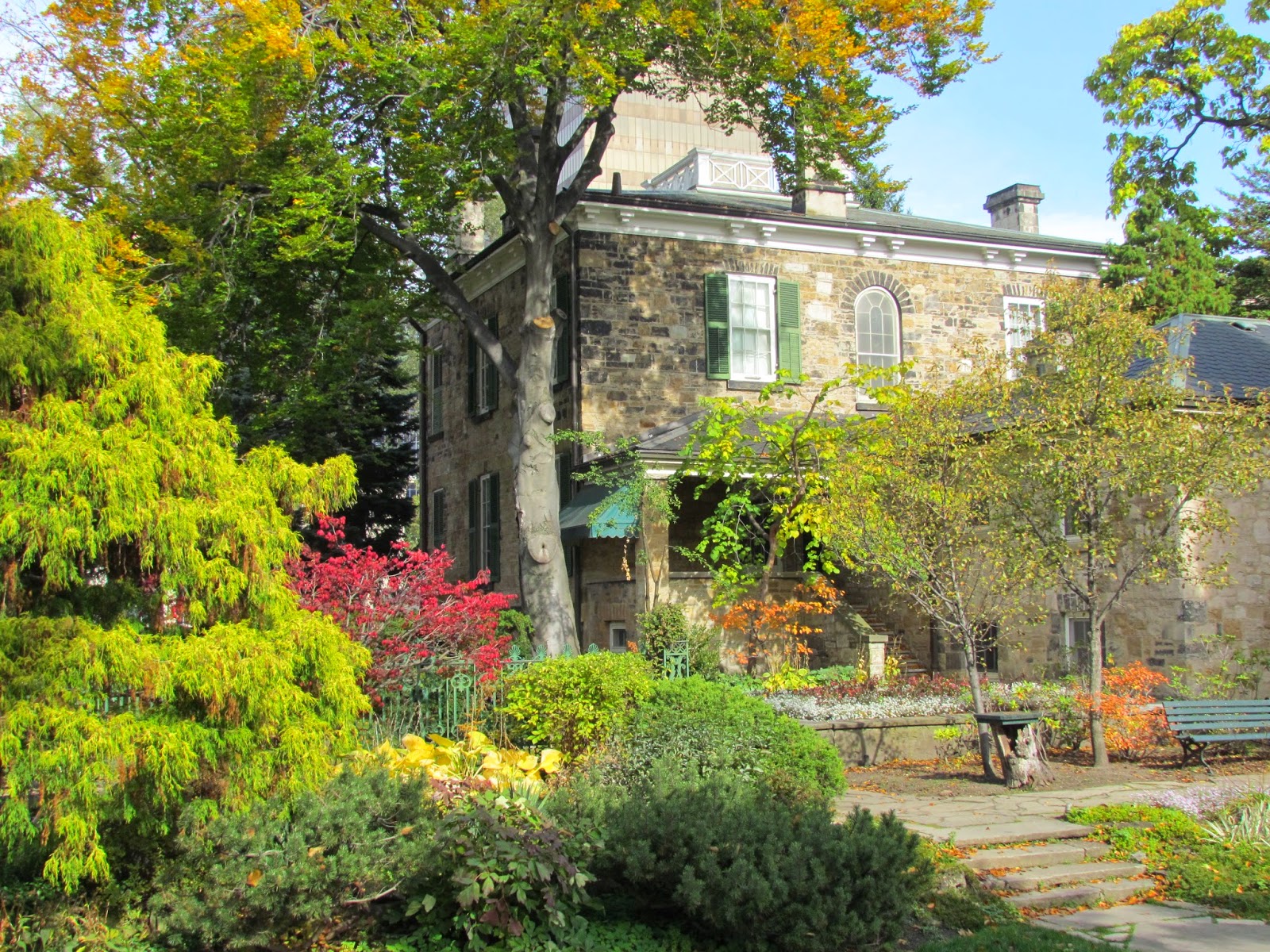 Posted by Ancestral Roofs at 8:52 PM