Back to the grand Durand neighbourhood of Hamilton - too grand really to be a neighbourhood, perhaps a precinct? A purlieu? 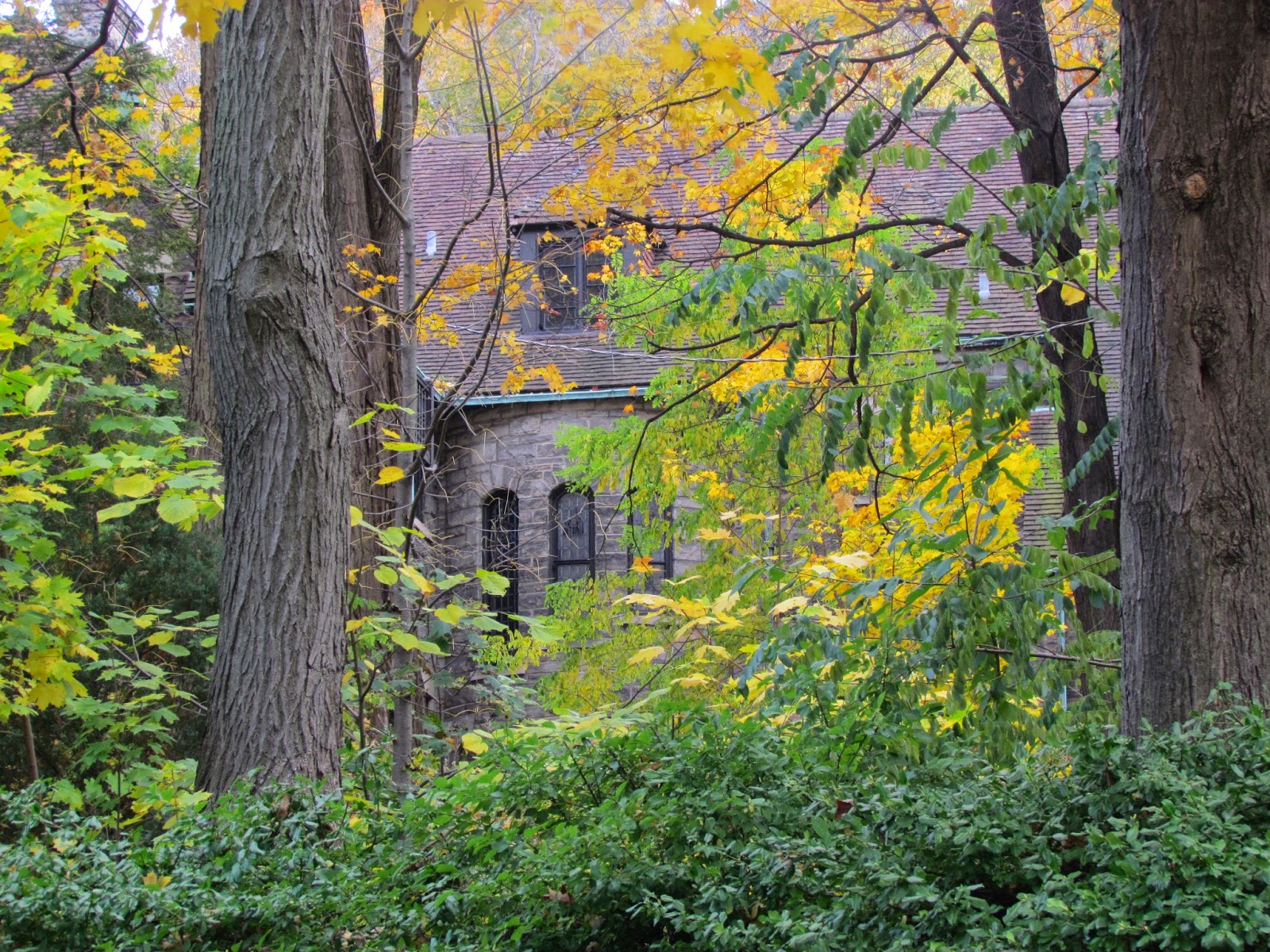 Pulieu might just be it, given the propinquity of a forest. I wandered up to the top of Turner Street, admiring, admiring.  Turned away from an impressive stone Tudor edifice to notice a large expanse of forest behind a 'you don't belong here' sort of fence...and a large stone structure hidden among massive trees up the hill.

Tantalizing. But forgotten in the return downhill and the turn up an adjacent street. It was only when I got to the top of Bay Street S. that I realized I'd come upon the front of that forest castle. I'd arrived at 362 Bay Street South. It sits on four acres (!) just under the brow of the Escarpment. 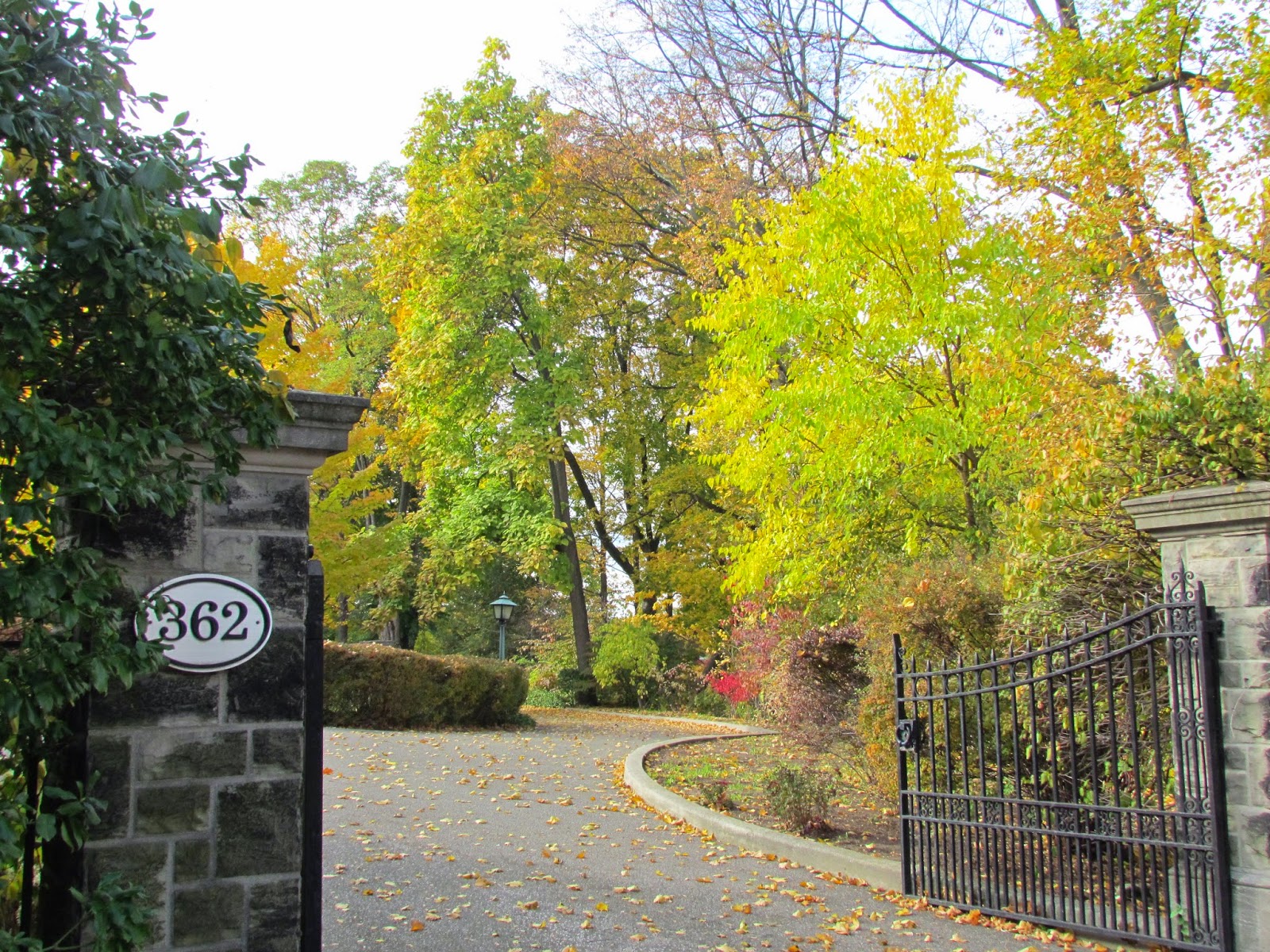 The house was built in 1933, modelled after a Norman manor house the Niblets, an heiress and her husband, had seen in their travels in France.

This house is one of the faux mansions (as I call them in my superior living in a townhouse way), Period Revival style emulating the Tudor, Elizabethan   and Jacobean architecture of England or the Norman traditions of France. I call them 'faux' only because (check out the date) they were built using modern materials (concrete block, reinforced concrete, structural steel, cut stone cladding). The clue is the slightly small scale of many of them - but oh, they are beauties. 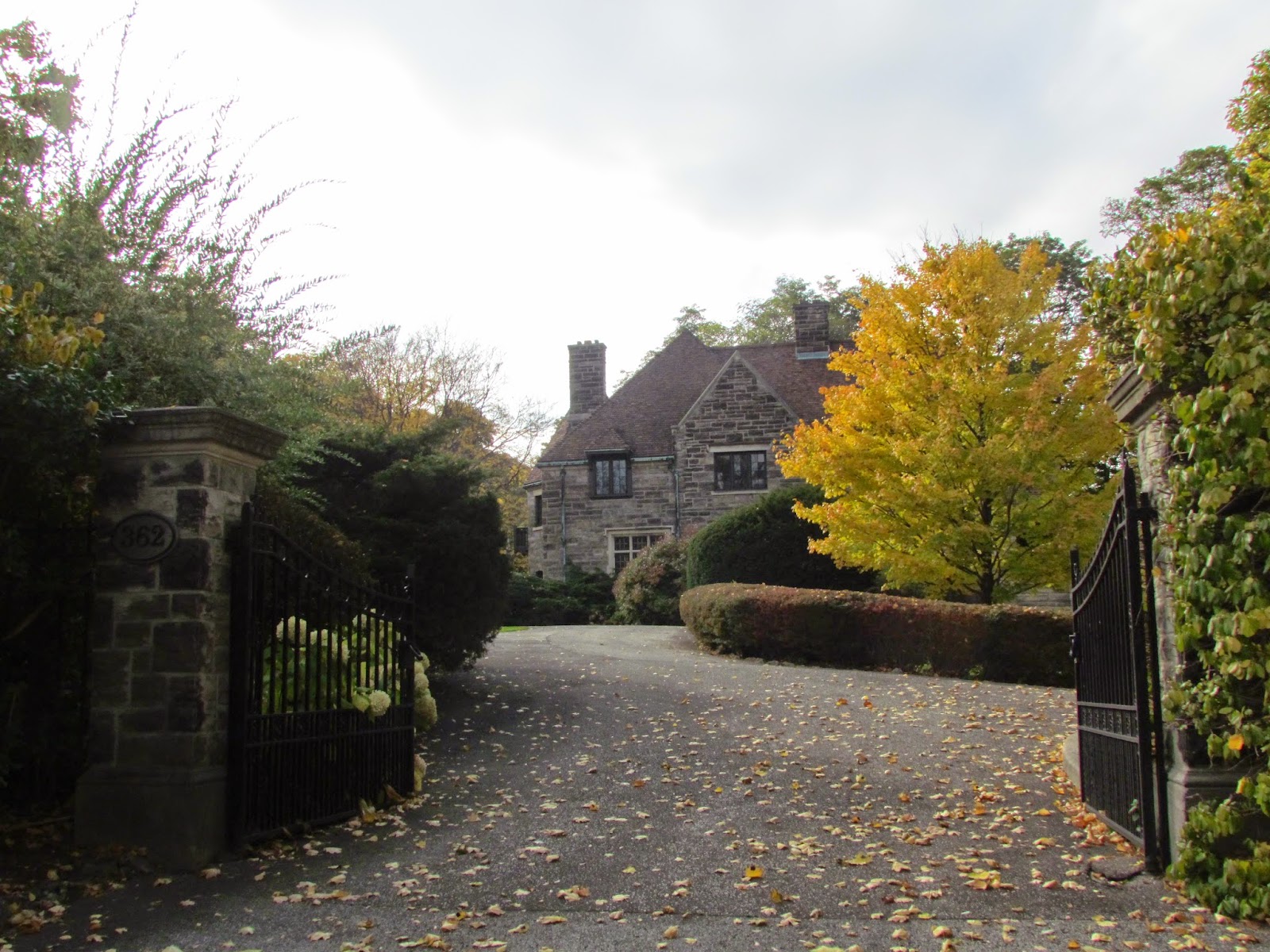 The home was financed by an heiress who inherited her fortune from her brother, a chemical engineer who invented a no-knock gasoline, sold the patent and died a fabulously wealthy man. So his sister and heir built this house - in the midst of the Depression. Ironic enough for ya?

The house was sold a couple of years ago (there, you missed your chance). It was listed at $3.6 million. Here's a link to the Globe and Mail Home of the Week feature from June 2012, where I gleaned some of the information in this post.
Posted by Ancestral Roofs at 1:34 PM