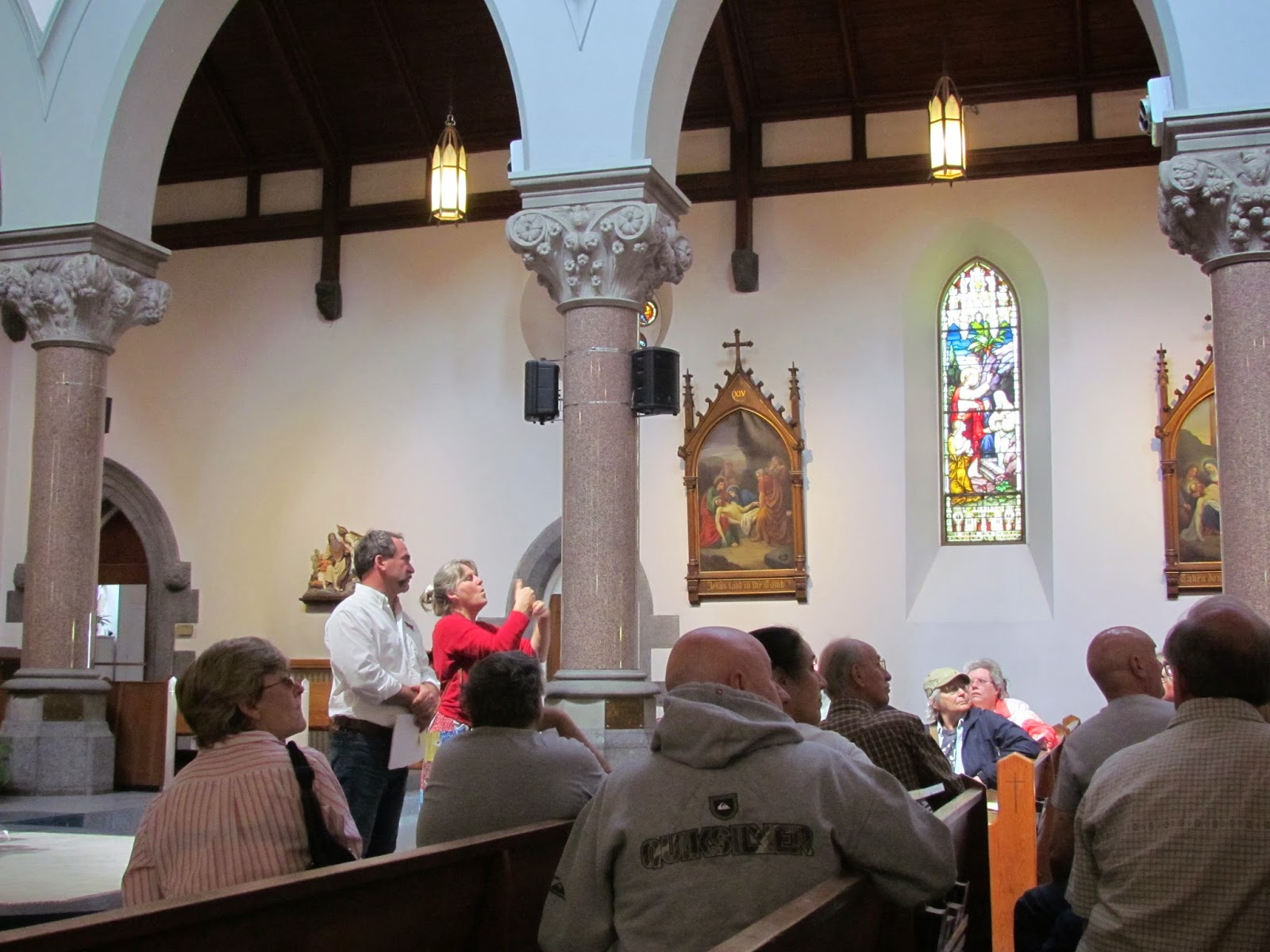 "The better the day, the better the deed," our mother would say, on the rare occasions when she did a load of laundry or other chore on Sunday, her Methodist ancestors requiring some sort of accounting for this breaking of the sabbath. 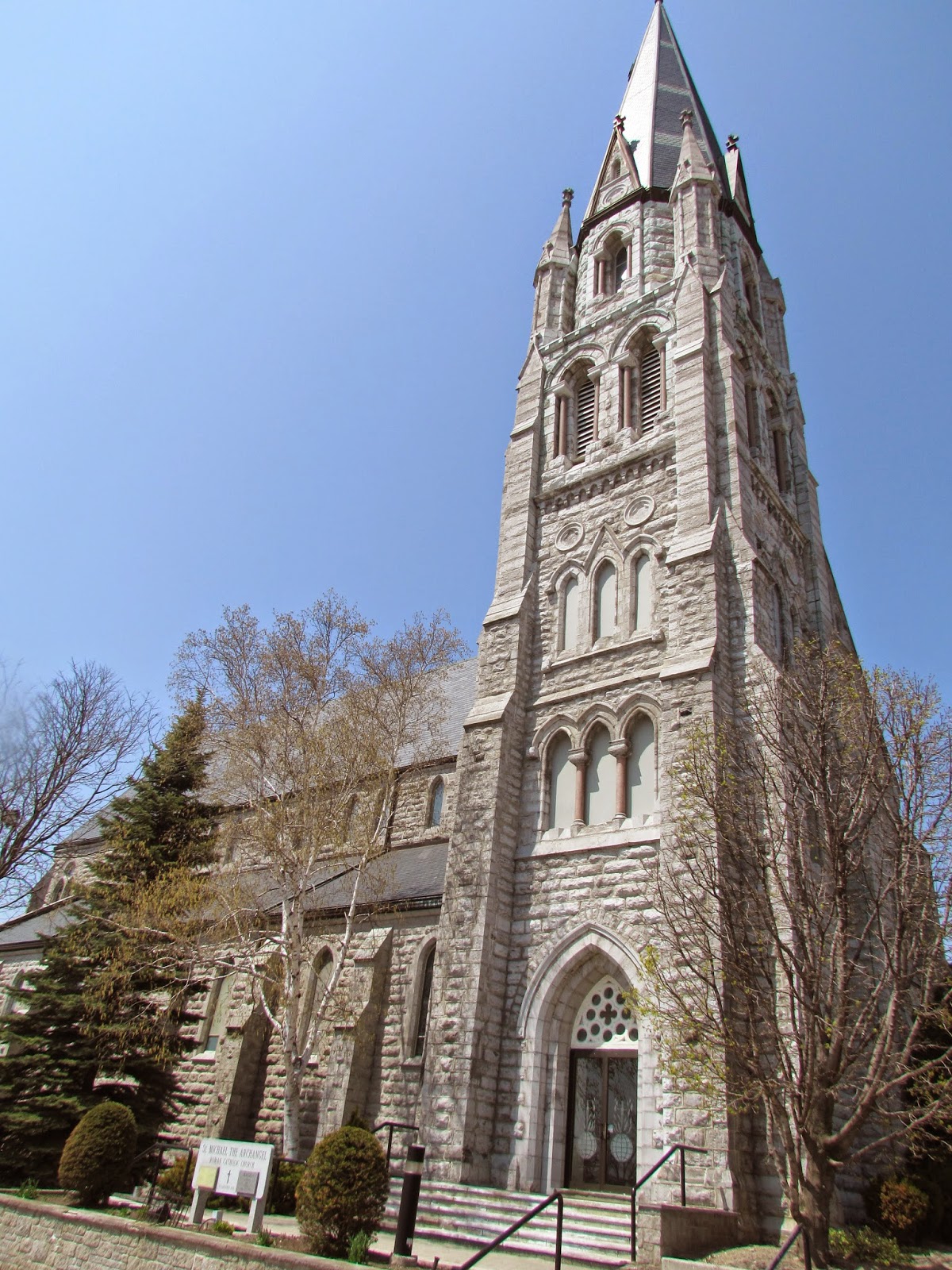 Sunday is church day for many folks. Last Sunday it was church day for me. On May 2 and 3, Belleville organizers held yet another wonderfully successful edition of the city's annual Jane's Walk, to commemorate that champion of the urban community, Jane Jacobs. I wrote about her after the city's first Jane's Walk, if you want to read more, or just look her up under 'urban activist.' 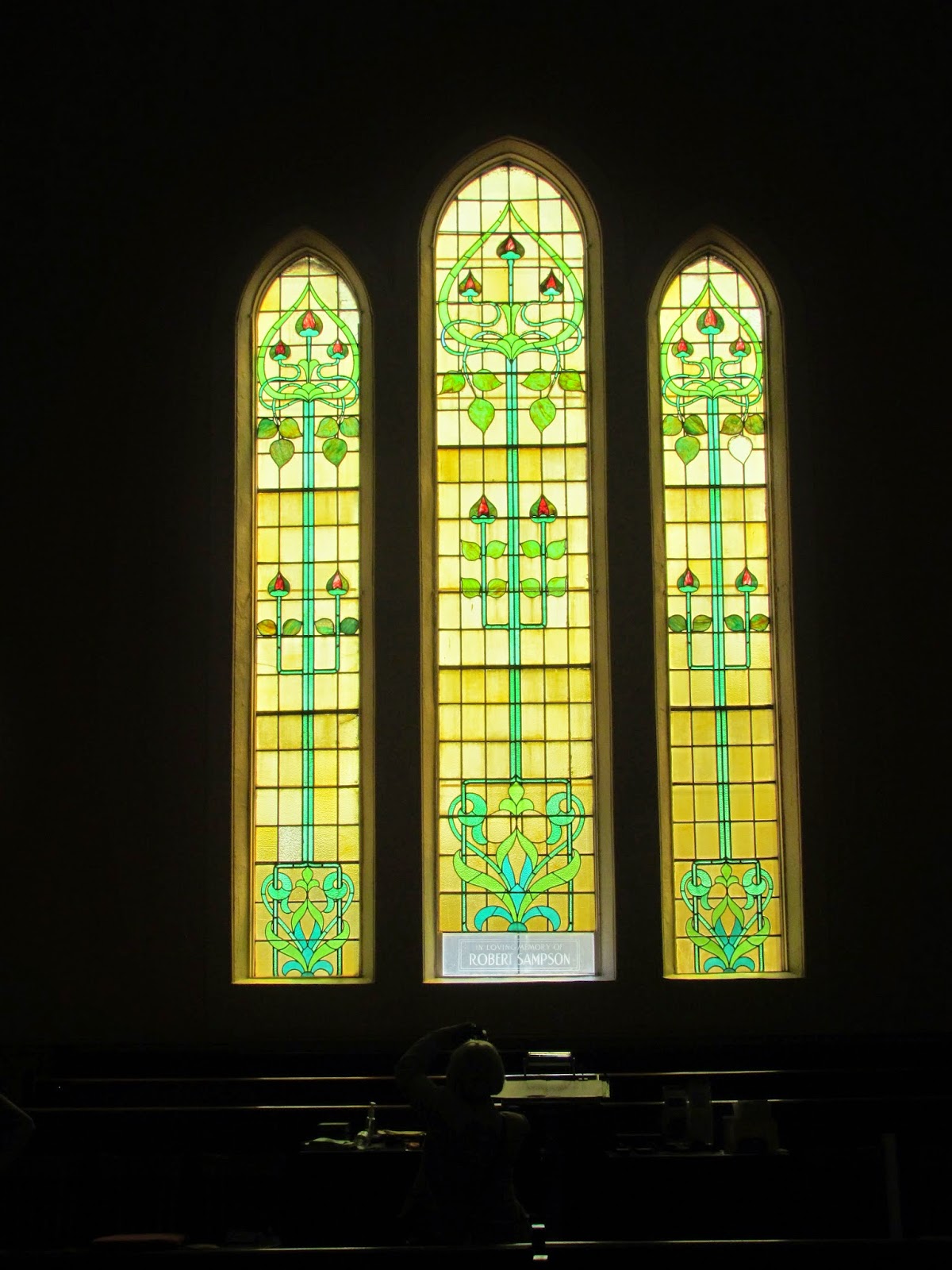 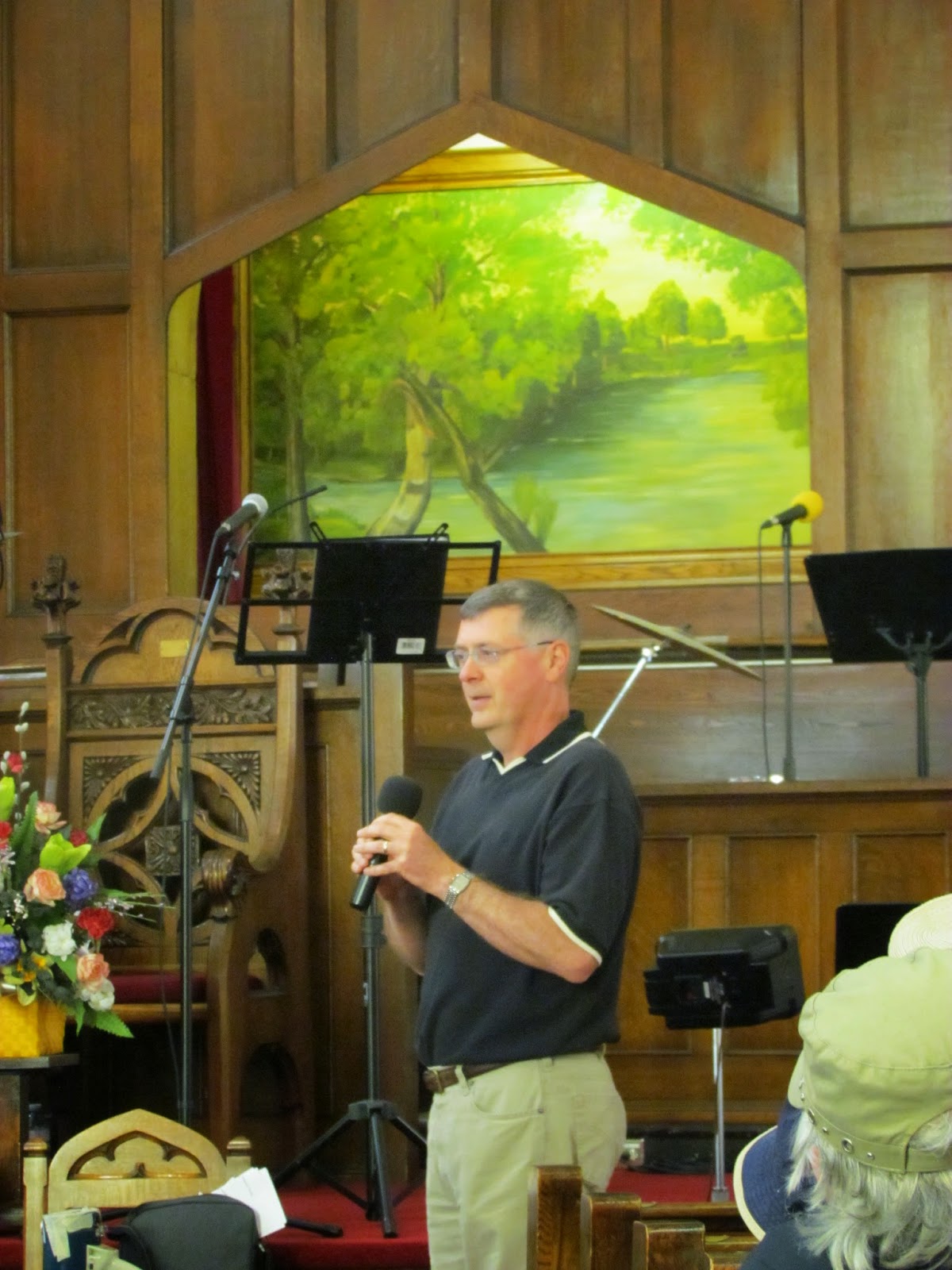 The Hastings County Historical Society sponsored this Sunday event, a walkabout of the city's churches along (well, did you have to ask?) Church Street. Tom Plue led the tour. I had been looking forward to spending time over these wonderful structures, and to figuring out why the heck the walk leader's name was so familiar. 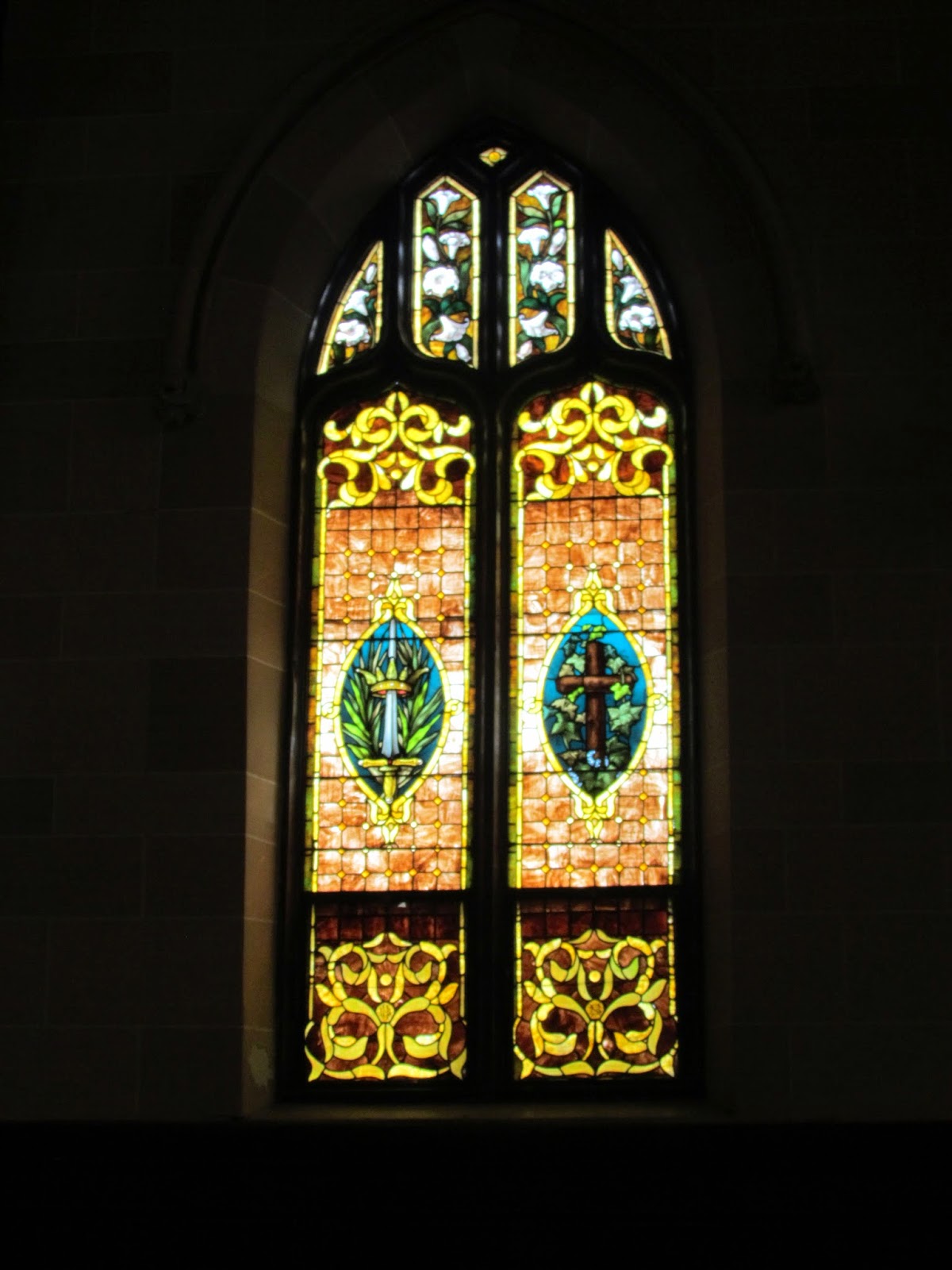 It came to me, just as we were entering St. Michael the Archangel church - I'd picked up a book written by him and dear P.J.Stokes, at an ACO event in Castleton. The book was a church preservation handbook titled Moisture the Menace. Although I guessed it unlikely I would be called upon to restore a church, I knew there was stuff to learn between its easy-to-clean covers. Correct. Like, never never cover up the vents in your attic. Tom Plue runs Sky-High Restoration, an exciting company which specializes in historic restoration. In fact, Orland French tracked him down to lead the tour, after inquiring about who did the restoration on the front and steeple of Belleville's wonderfully Gothic brick St. Andrew's Presbyterian Church. 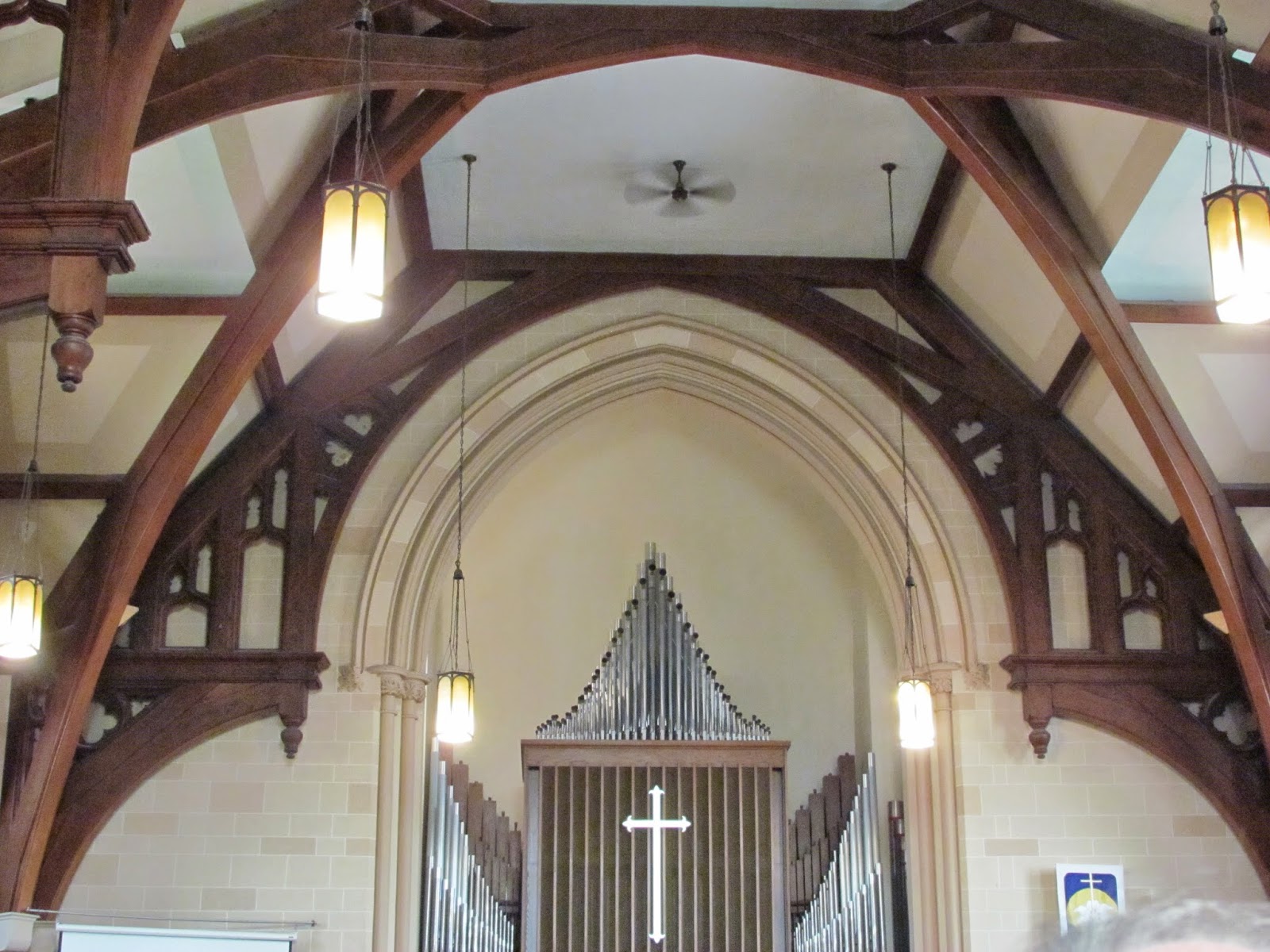 Two of the threads running through Tom's excellent narration were good and bad mortar, and comfortable and uncomfortable church pews. St. Michael's had the most uncomfortable pews, but Tom, a Catholic, resigned himself to that fact, as "we're up and down often through Mass." 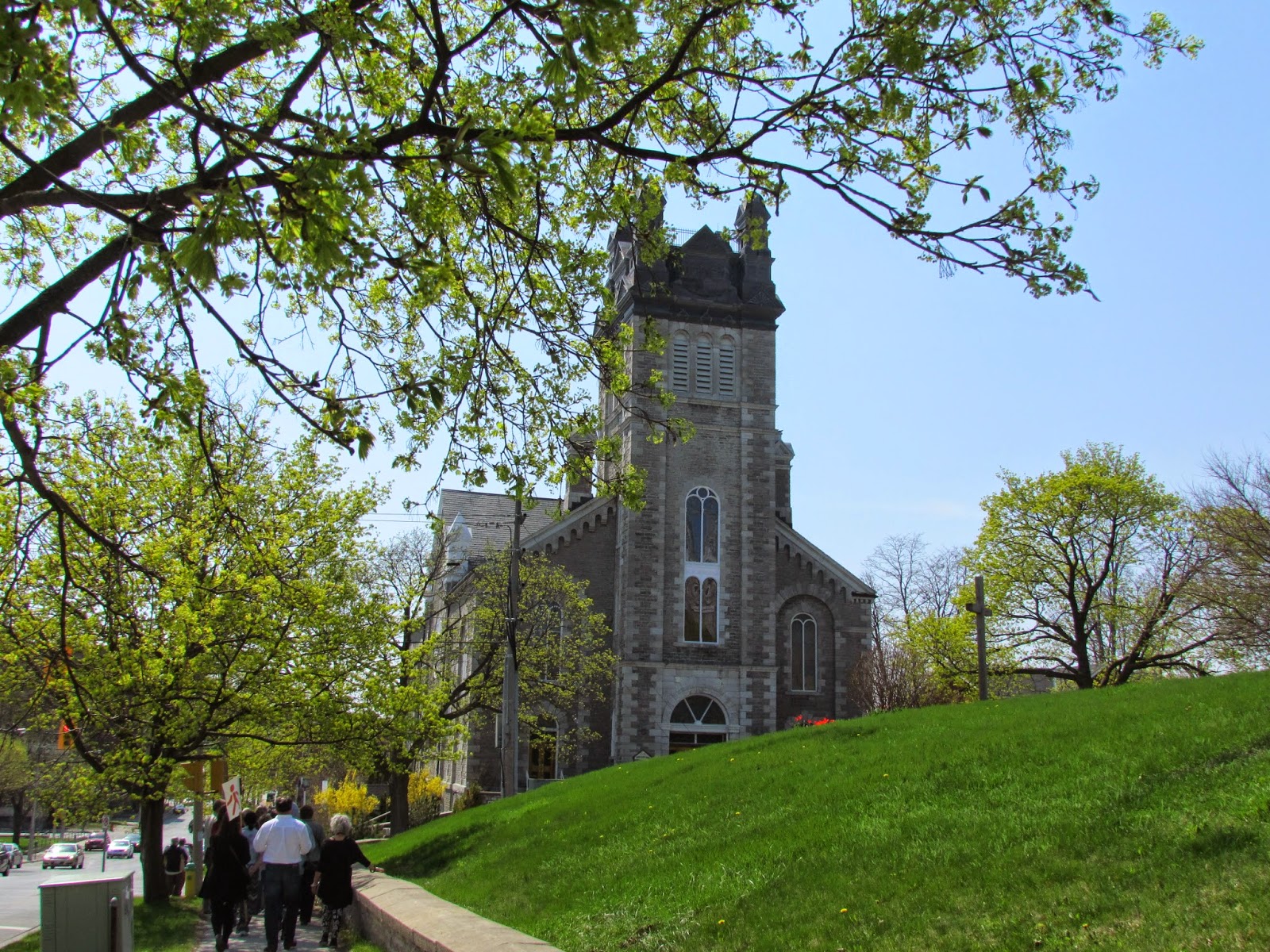 I dawdled behind, catching some of the architectural detail, the bricks and stones the builders selected to raise their congregations' hearts and minds upward. I'll let my (totally inadequate) photos speak for themselves. Maybe I will pass on  more of the stories I learned at church with Jane. 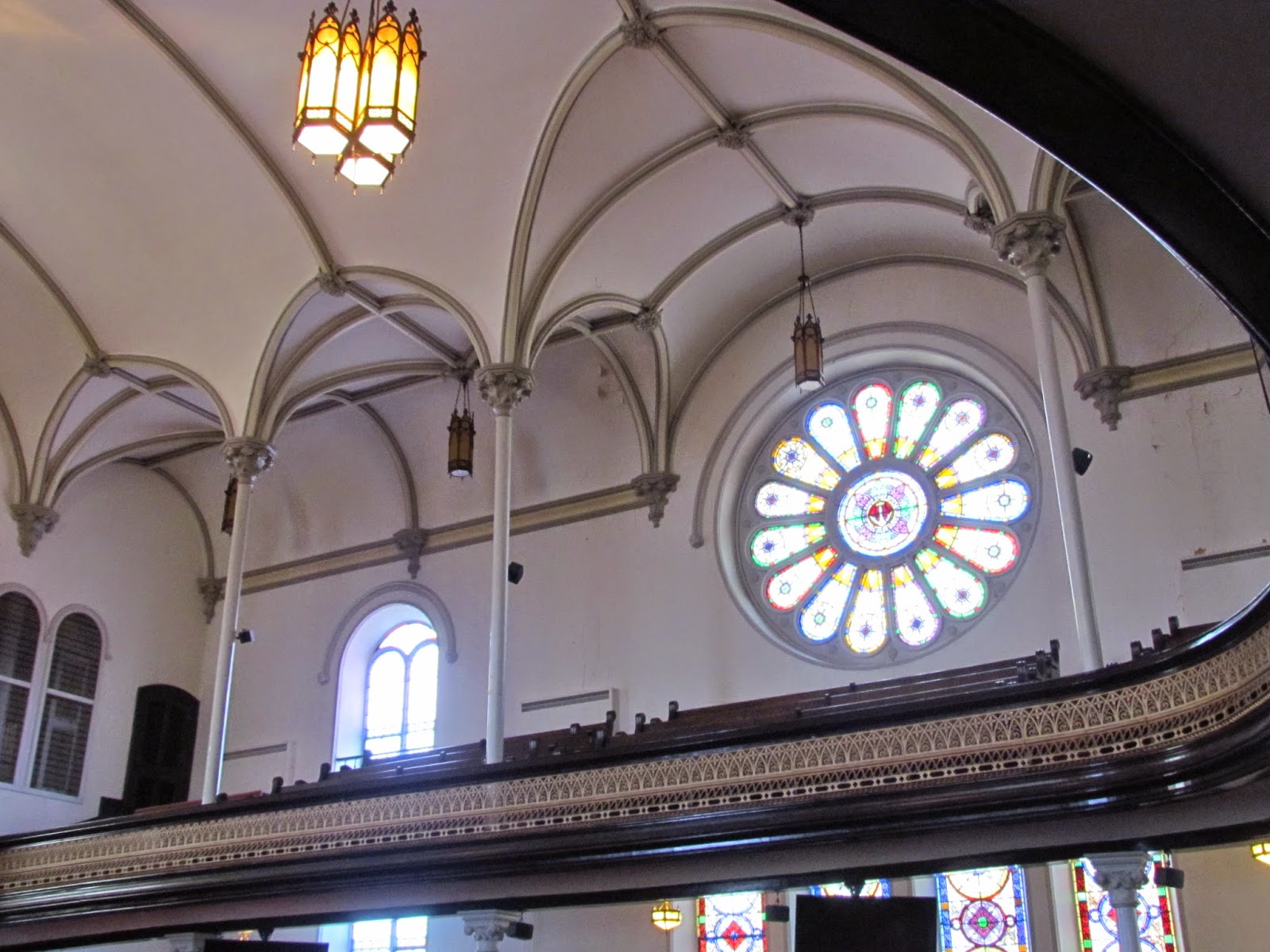 Words fail. Go occupy one of these pews soon.

*Apologies to Pierre Berton for the title, a take-off on his blistering condemnation of the church's relevance to contemporary society. The Comfortable Pew (1965.) From the amount of social engagement in evidence during each of these church visits, I would say the churches listened.

Posted by Ancestral Roofs at 9:53 AM