I'm about to go off-line for a few days.
One of the things I will be doing is doing some research into the earlier times of Belleville, and one of its most colourful neighbourhoods, which lay between the tracks and the wharves;  an industrial neighbourhood of foundries and rolling mills, coal yards, oil tanks, trains, docks and some pretty tenacious folks. 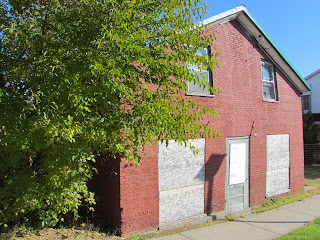 The city's earliest houses (some of them hard fought for) are there. The old Foster Ward. 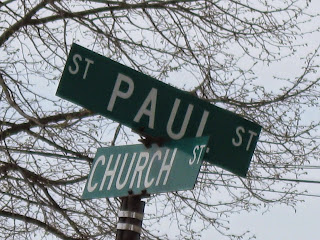 One of the streets was called Wharf Street; from it, the area's waifs and strays gained the nickname 'wharf rats.' Later, as folks were trying to change its (and theirs?) image, the street became St. Paul Street. 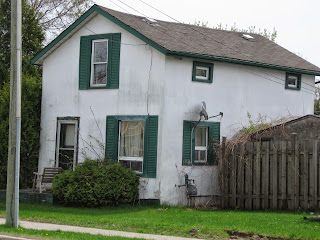 I have Bill Hunt's Dockside Democracy to give me a sense of the place, and David Bentley's ACO walking tour guide to assist. Then there are the fine house histories produced by the Hastings County Historical Society, and Heritage Belleville. 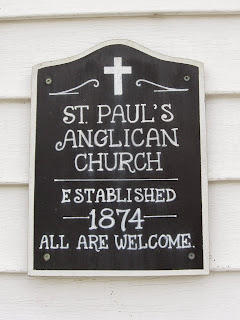 So I'm ready to start prowling the streets of the old neighbourhood. Just another Wharf Rat.
Posted by Ancestral Roofs at 11:01 AM