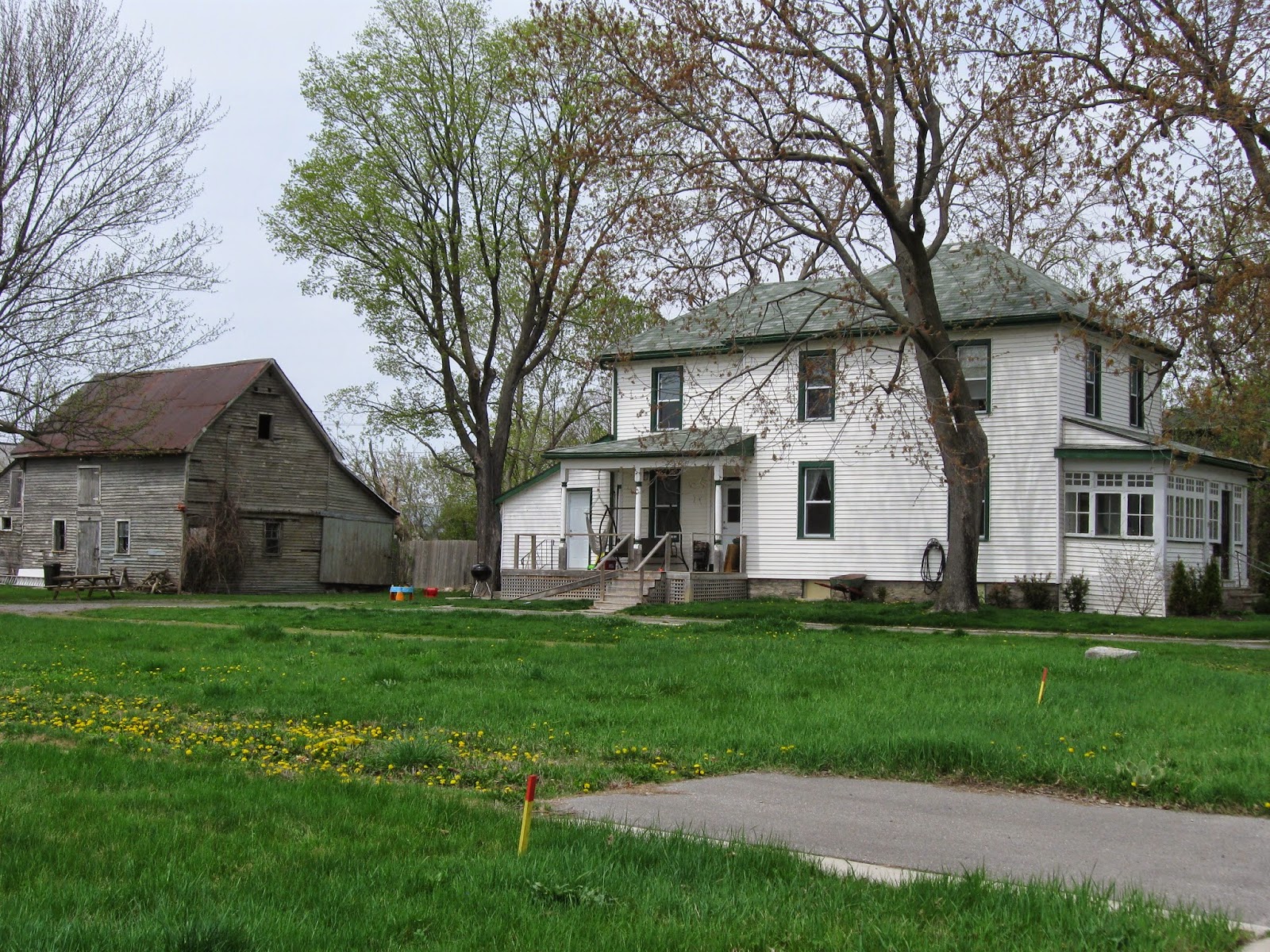 Isn't this place lovely?
Let me tell you where I found it.
No, not at the farm edge of Madoc, or in a rural hamlet, or a local farming area.
It's in a spot which lets the past catch up with the present.

I saw it (not for the first time, as I had likely driven by it dozens of times), but really saw it, this morning. Wonder how long it's stood here? 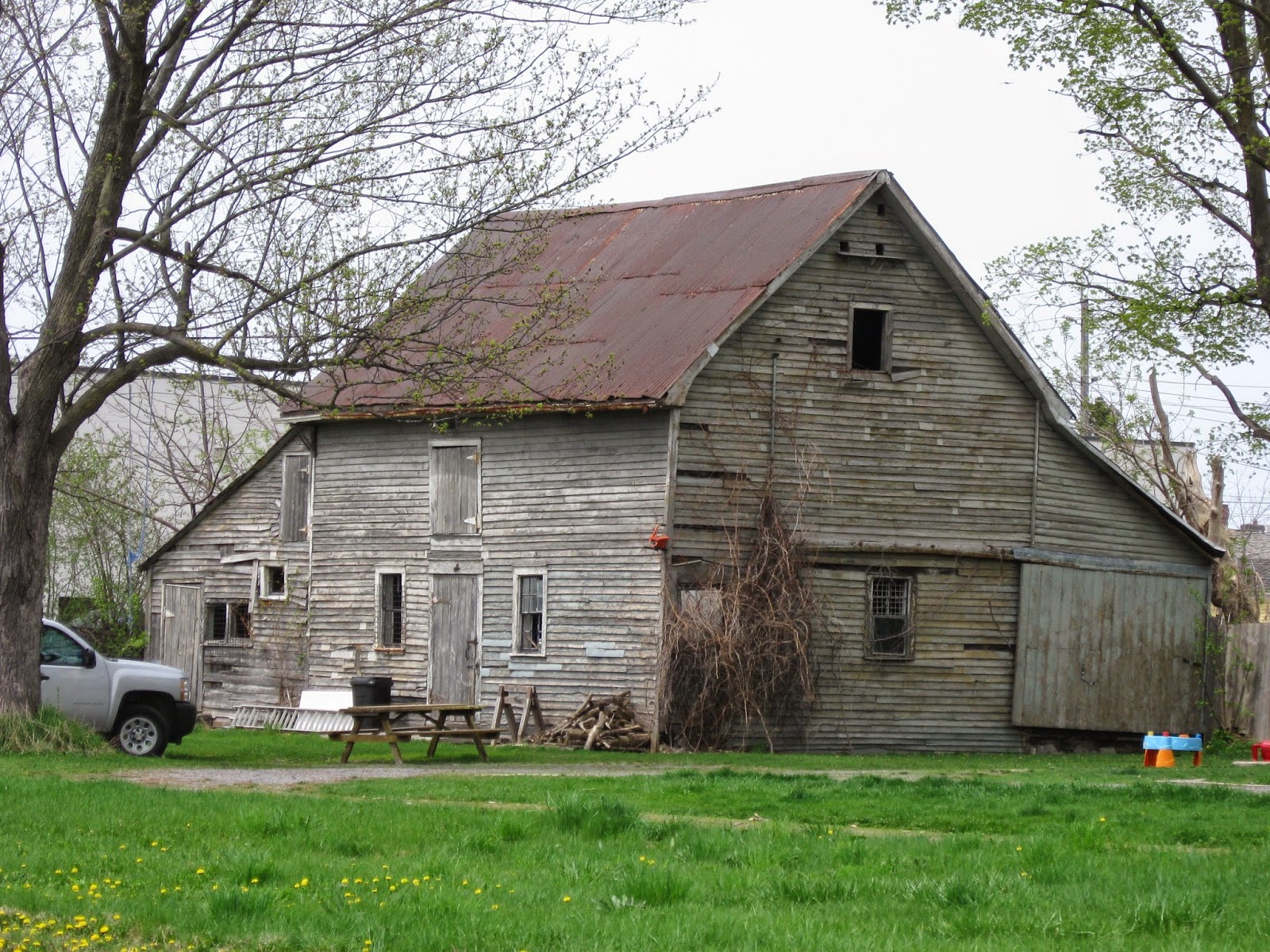 The neighbourhood is in great transition. 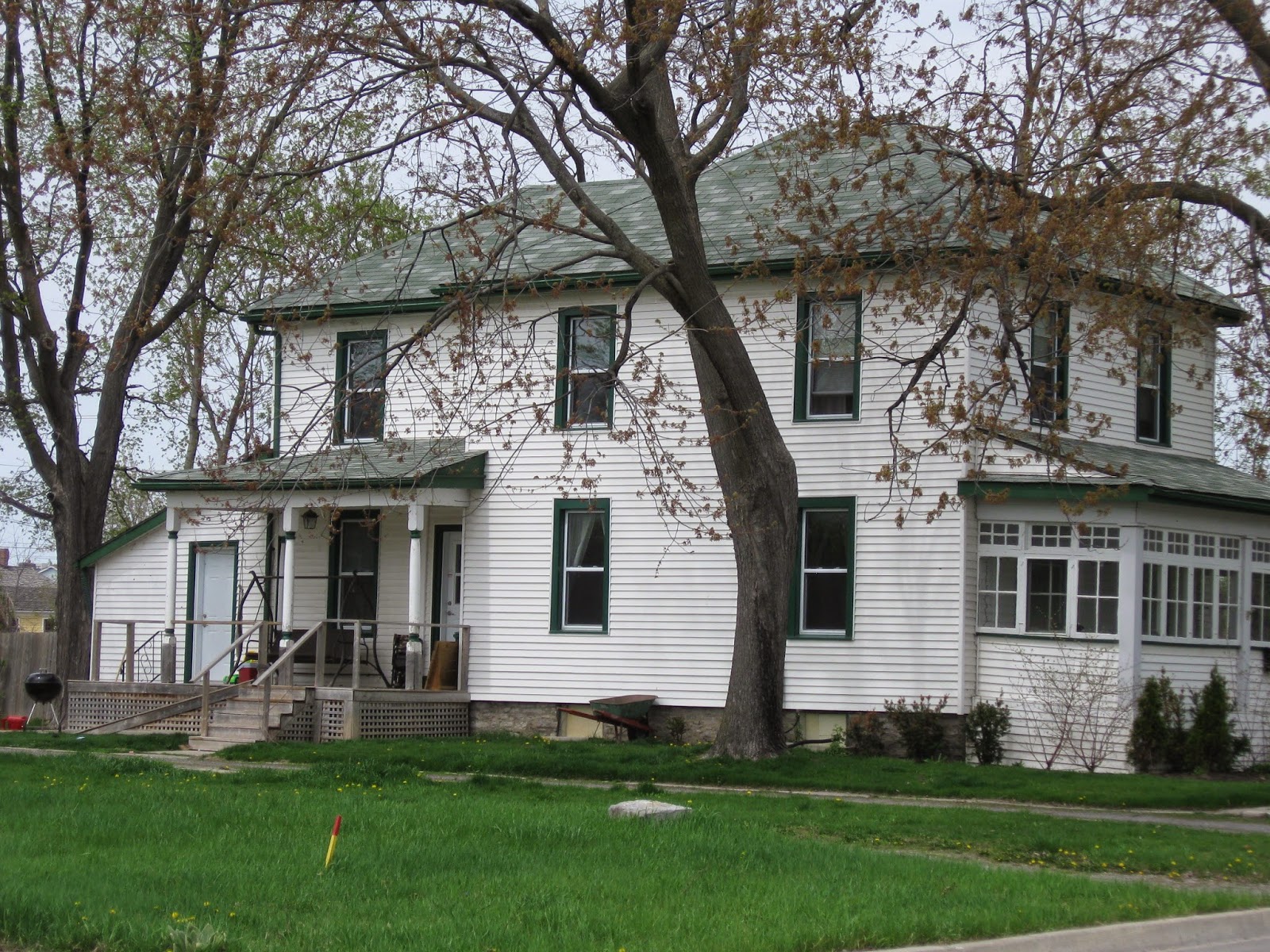 Within a block of this house are the railway tracks, with several disused utilitarian structures still standing ready to serve. Some very early houses, judging by their profiles, artlessly disguised in vinyl. Some wild open tracts of land with poplars and Manitoba maples doing just what they want, where-ever they want.

The lot next door, with its sidewalk now leading nowhere,  is recast as a "development opportunity."  There's even an artist's rendering of a building should a developer be totally lacking in imagination.
A fascinating neighbourhood.
The old Foster ward.

You'll be hearing more about the place, because I fell in love with the area this morning.

And this four-square Edwardian house with the huge dandelion lawns, the great verandahs to south and east, and the softly weathered drive-house? It's on south Church Street, in Belleville.

Posted by Ancestral Roofs at 3:15 PM