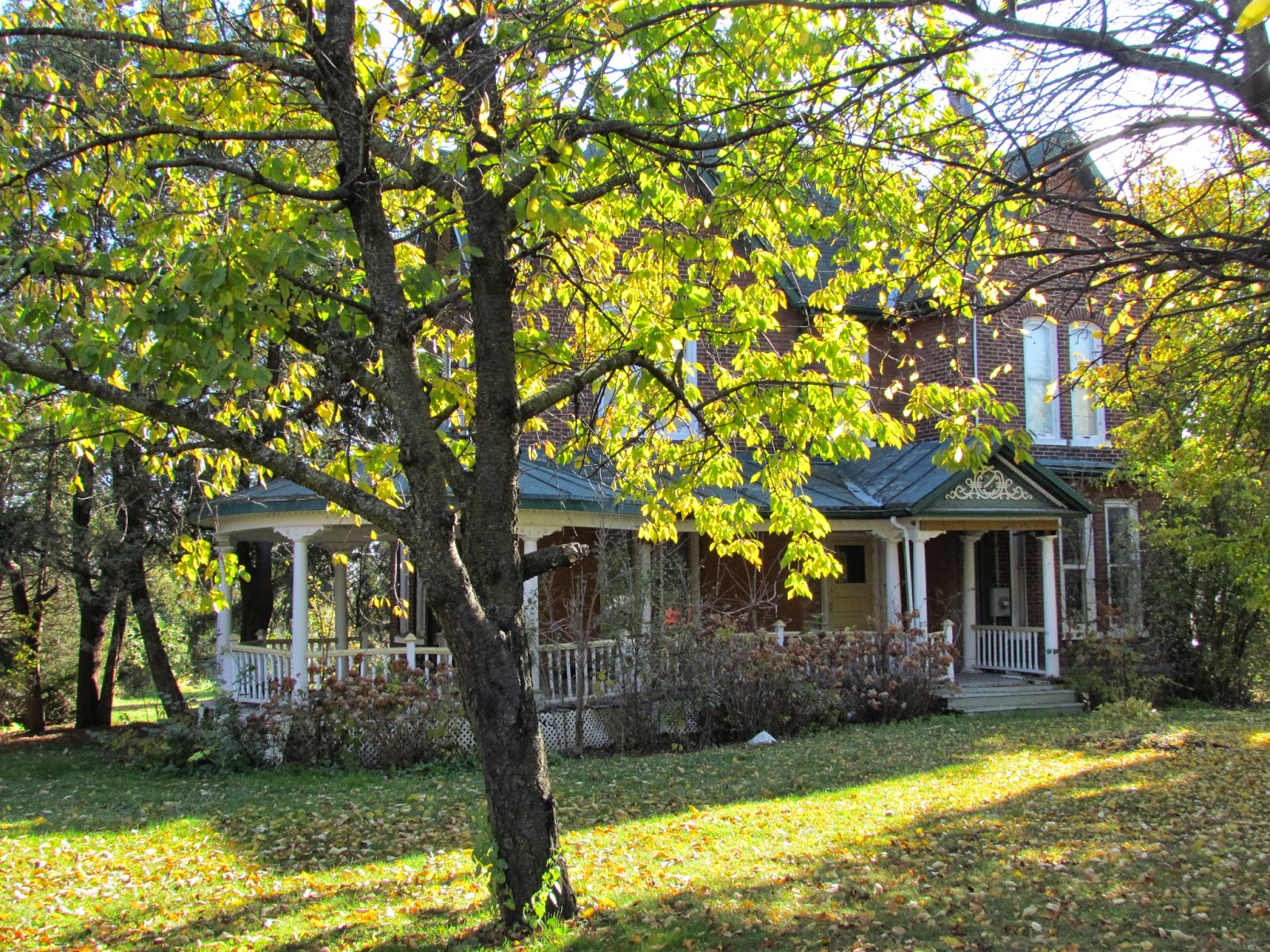 Tonight I have Glamore on my mind;  we have had several meetings at the museum this week. It's been a while since I posted, and I have been wanting to tell this old house story, so this seems like the right time. 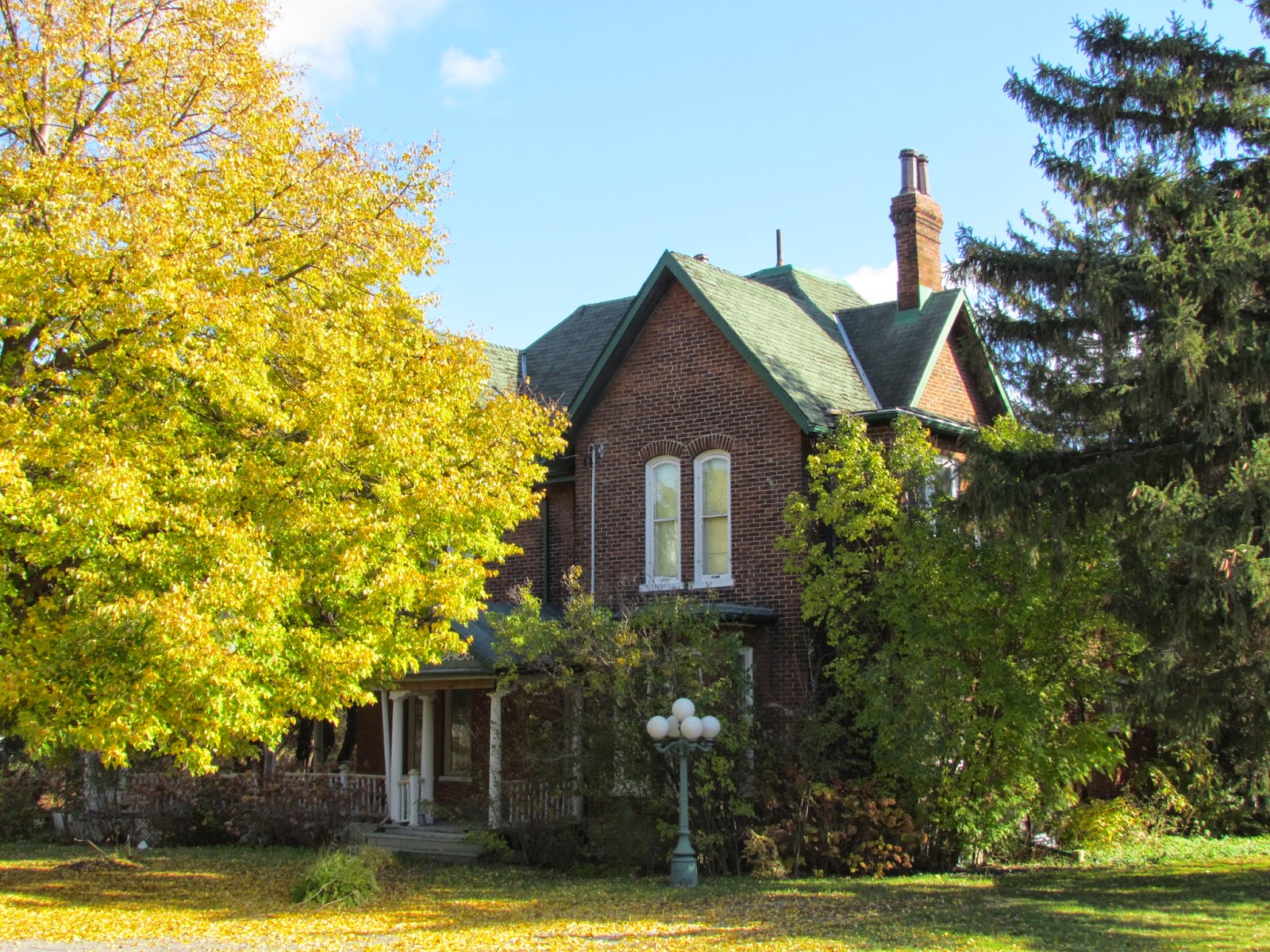 Anyone aware of the story of Glanmore in Belleville may well know about this house, a contemporary, with a unique connection. This is "the Couldery house." Back in the early 1880's, a cultured well-to-do couple from Ventnor, on the Isle of Wight, visited Canada. Their train was delayed in Belleville, they stayed at the local station hotel (the Docter's Hotel, which lost any pretense of posh in the last few decades of its life.) The hotel owner toured the couple, Bertram and Cecilia Couldery, around the town, and as so often happens when we travel, they decided to establish a second home here.

In 1888 they purchased two and a half acres along the Bay of Quinte, on the old Trent Road (today's Dundas Street) for $800.00 and built this home. When the Coulderys returned to England they took a souvenir; the young daughter of their friends the Docters. 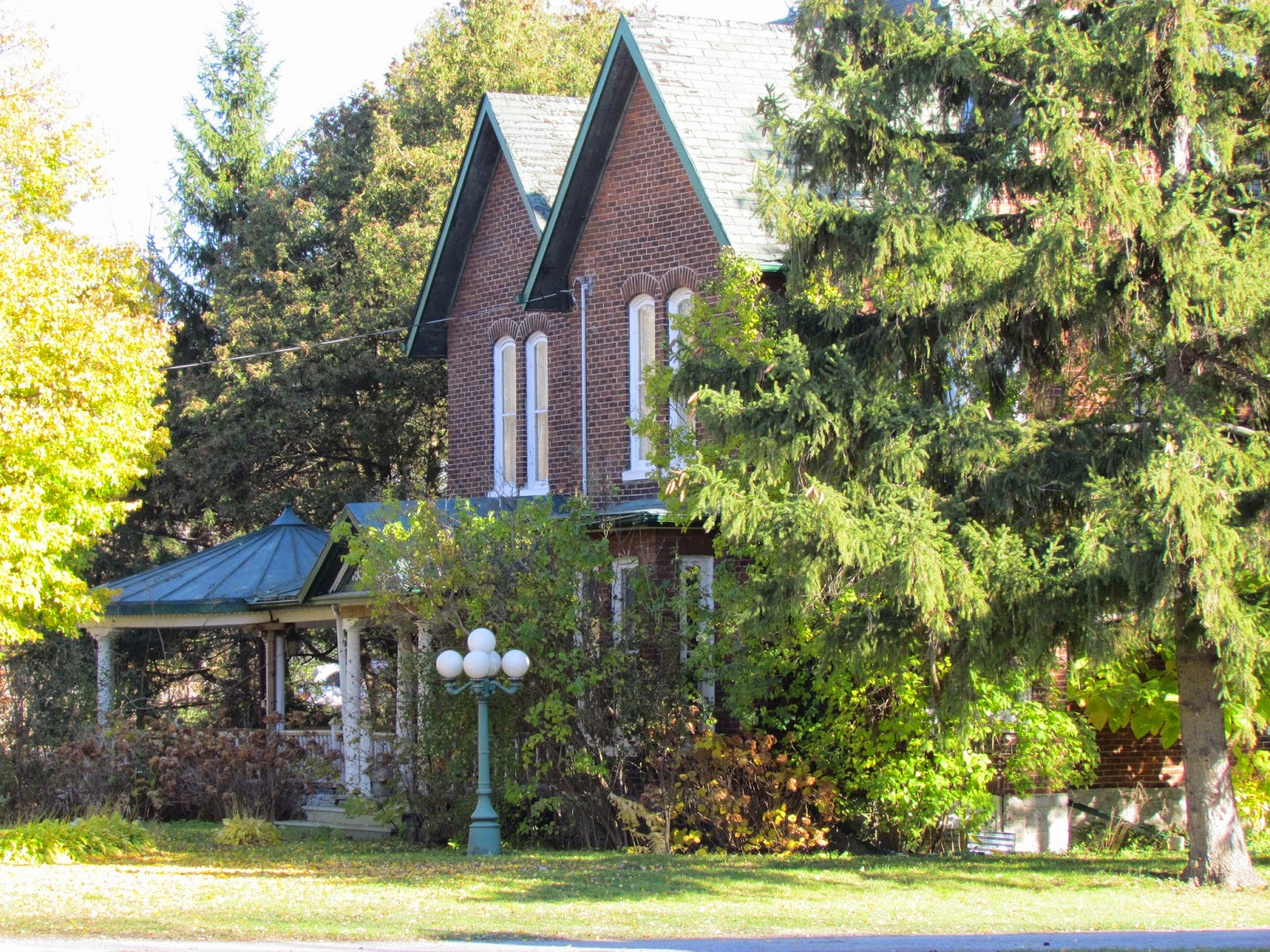 Young Ann Docter enjoyed many advantages in England, and made a good marriage to stockbroker William Salaman in 1913. When the Coulderys died, they bequeathed an exquisite collection of  British and European fine art and furnishings to Ann. In 1955, she surprised (alarmed?) the council of her native town with a donation of about 1600 artifacts, now called the Couldery Collection, along with funds to house them in the manner to which they were accustomed. Today this incredibly rich and beautiful collection resides at Glanmore, just the perfect spot, as Glanmore interprets life of the wealthy in the 1880's. 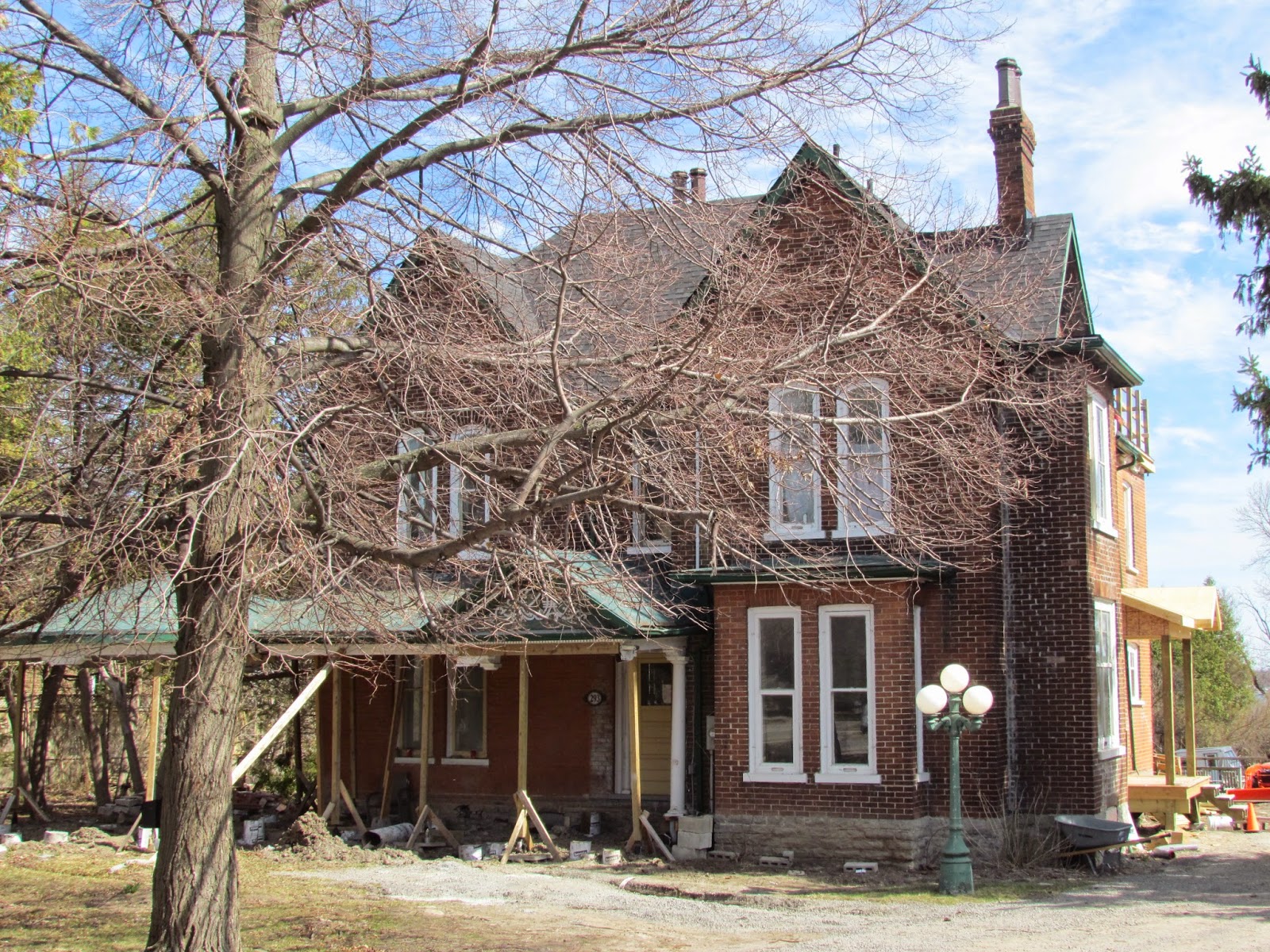 A few Sundays ago, on an ACO Quinte walkabout on Dundas Street, we learned another chapter of this Queen Anne style red brick home.

On the death of her benefactors, Ann Docter inherited this house. She later sold it to James Anson Wheeler. 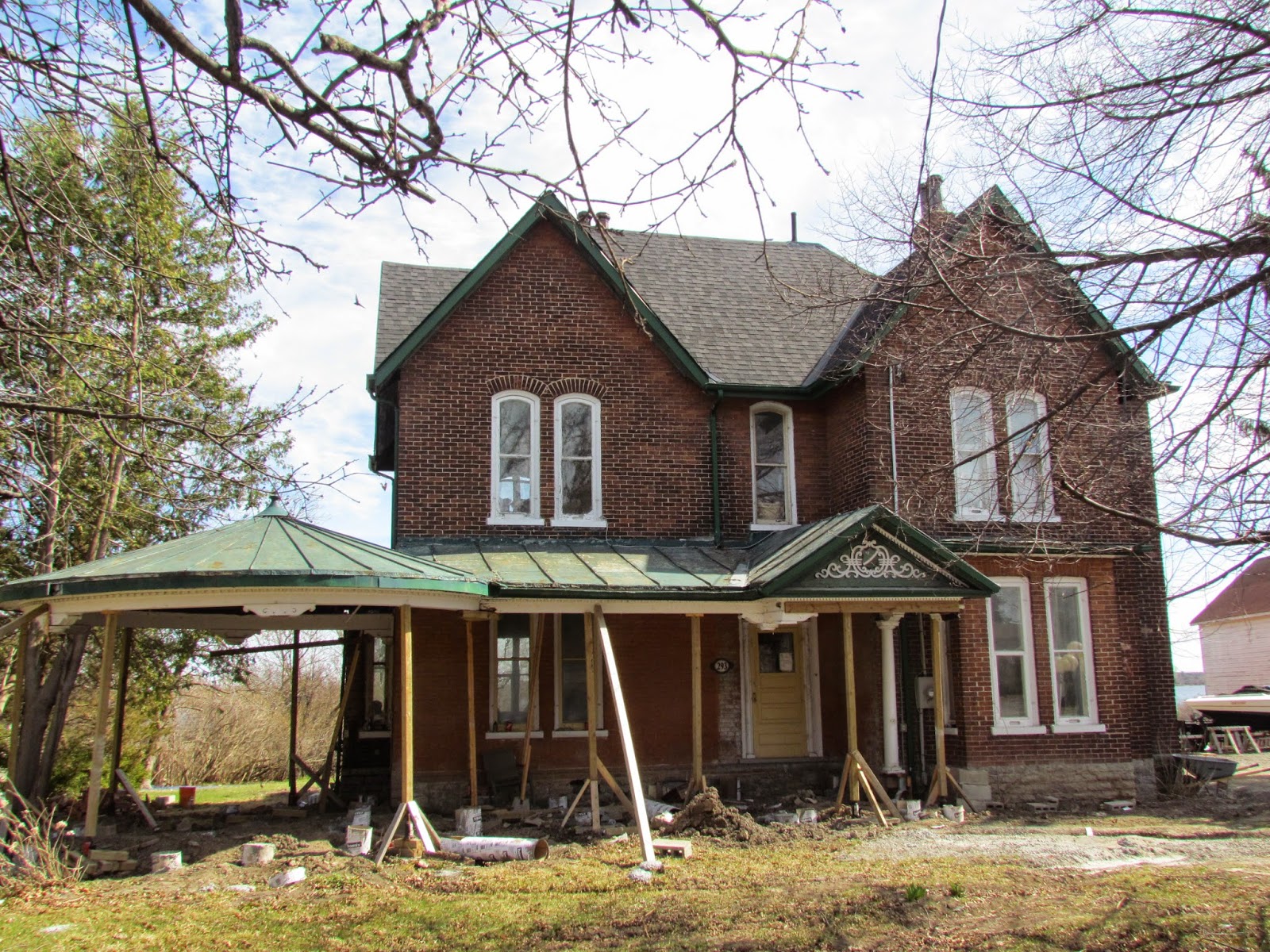 It was subsequently sold to Ann Wilmot (1918) whose son Eardley was a man of legend - Royal Flying School graduate, 7th man in Canada to earn a pilot's license, WWI flying instructor for the Royal Flying Corps in Deseronto, Texas and England, and chief pilot of the Handley-Page flying mission in the Argentine. To catch his breath, he became Mayor of Belleville in 1927. He was killed during WWII, while serving at Camp Borden, in a ghastly accident involving an airplane propellor. (For more on this legendary character, check out Dancing in the Sky, Bill Hunt's fascinating account of the Royal Flying Corps in Canada , Dundurn Press, 2009)

His ghost is said (who says these things?) to haunt this house at 293 Dundas Street West. 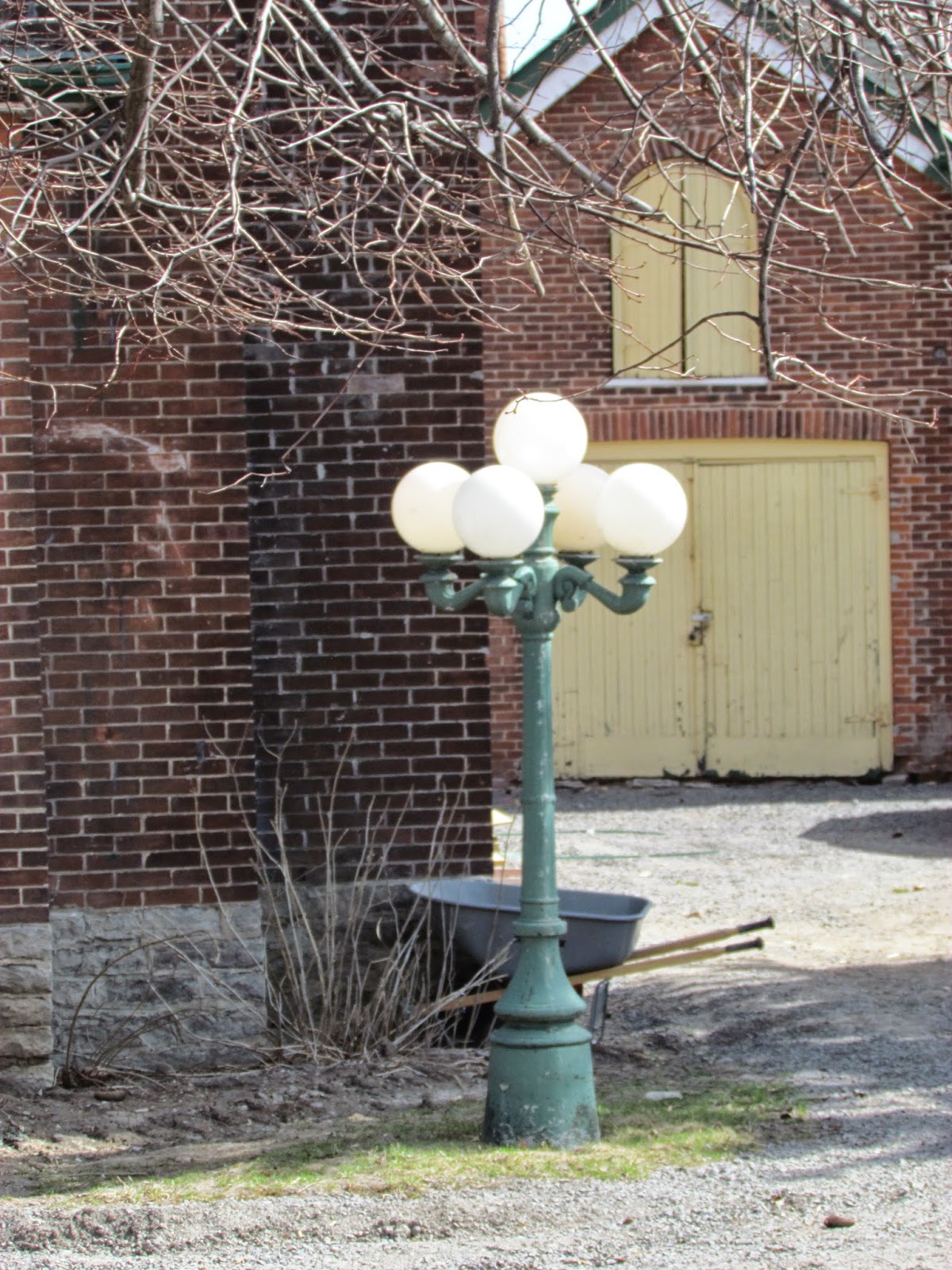 These days, the old Couldery place is under renovations. I take heart in the fact that the new owners are preserving the band-shell verandah roof. Perhaps they will restore the home to its former elegance.

Many thanks to David Bentley, long time president of the Quinte Branch of ACO, and even longer guide of the branch's well-loved Sunday walkabouts, for the use of his notes from the Dundas Street tour, for this post.

Incidentally, there is a painting of this house at Glanmore, likely painted by Bertram. Worth the price of admission alone.
Posted by Ancestral Roofs at 8:38 PM