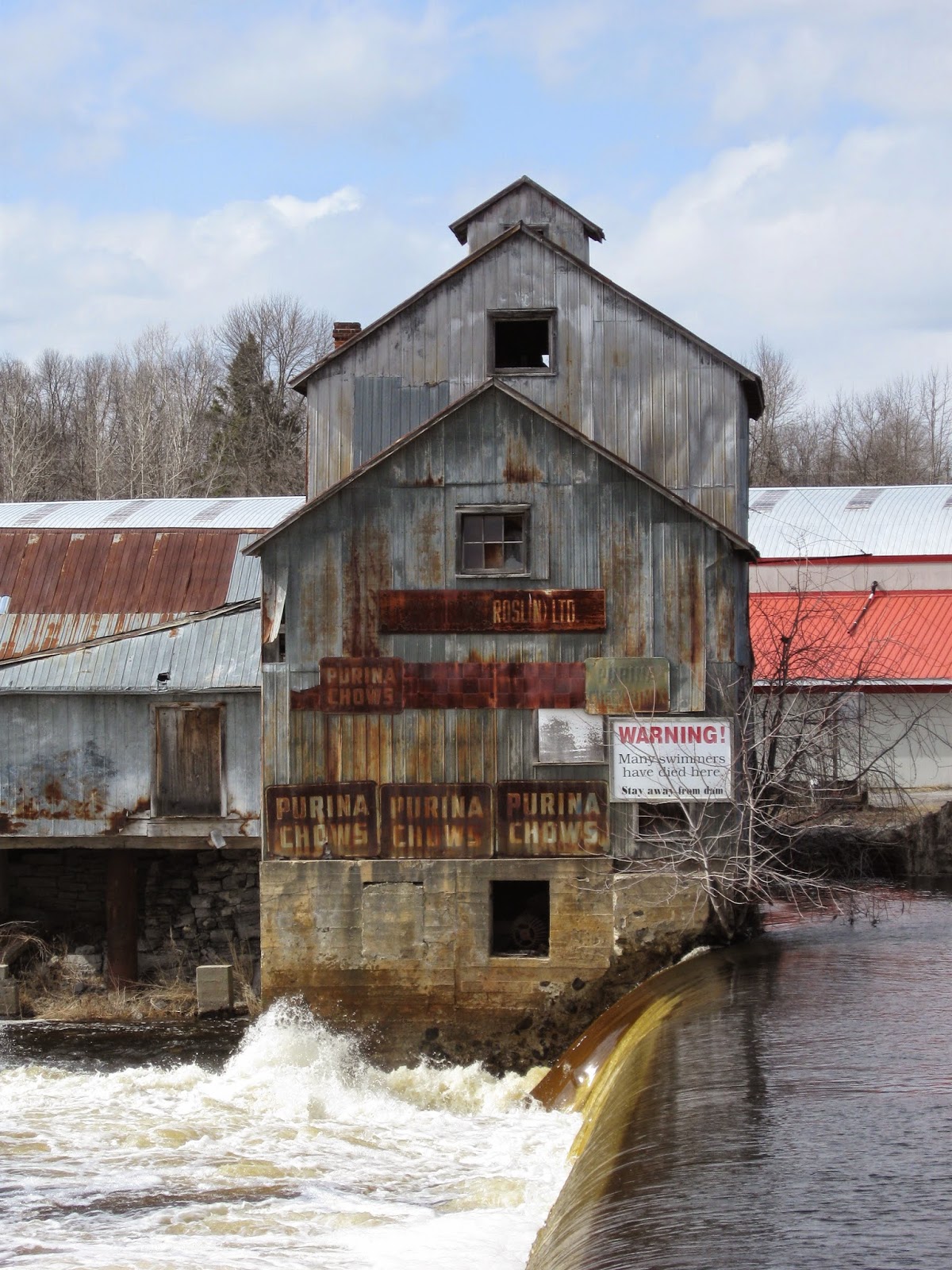 This is Chisholm's Mill north of Belleville, just off highway 37. Most painters would know the way, as it's a popular spot for local artists. I see its painted version often - the rather utilitarian structure with its picturesque rusting metal cladding and weathered signage, its varieties of forms and the elevation change of the river, with its weir and rushing water call out the poetic in most of us.

There's even a Manly MacDonald version (1949),by that celebrated local painter of the ordinary, at the National Gallery. Just discovered this lovely video about his work. 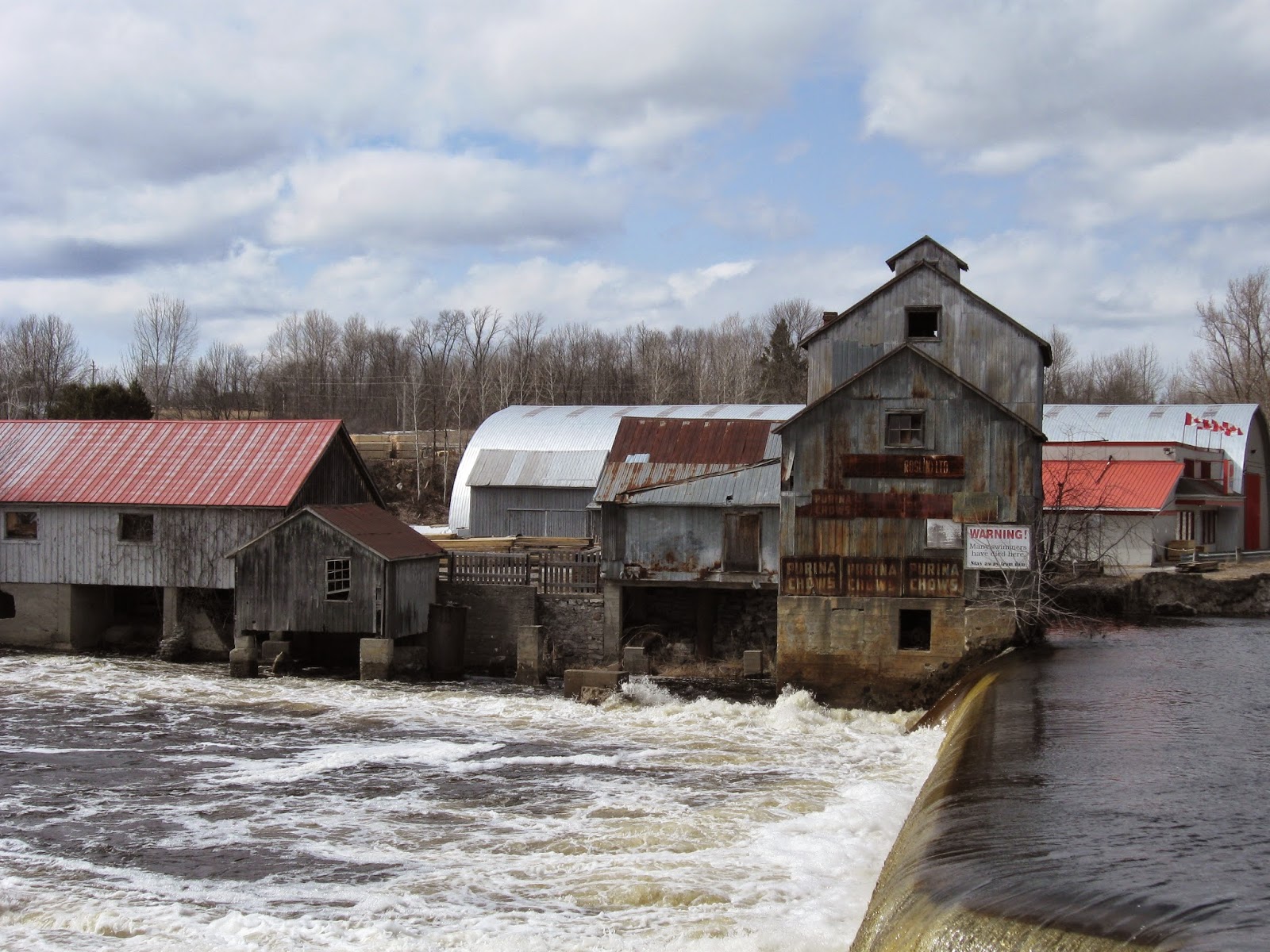 But what endears us most to the mill is that it's still there, and still working, an important and evolving part of the local economy. 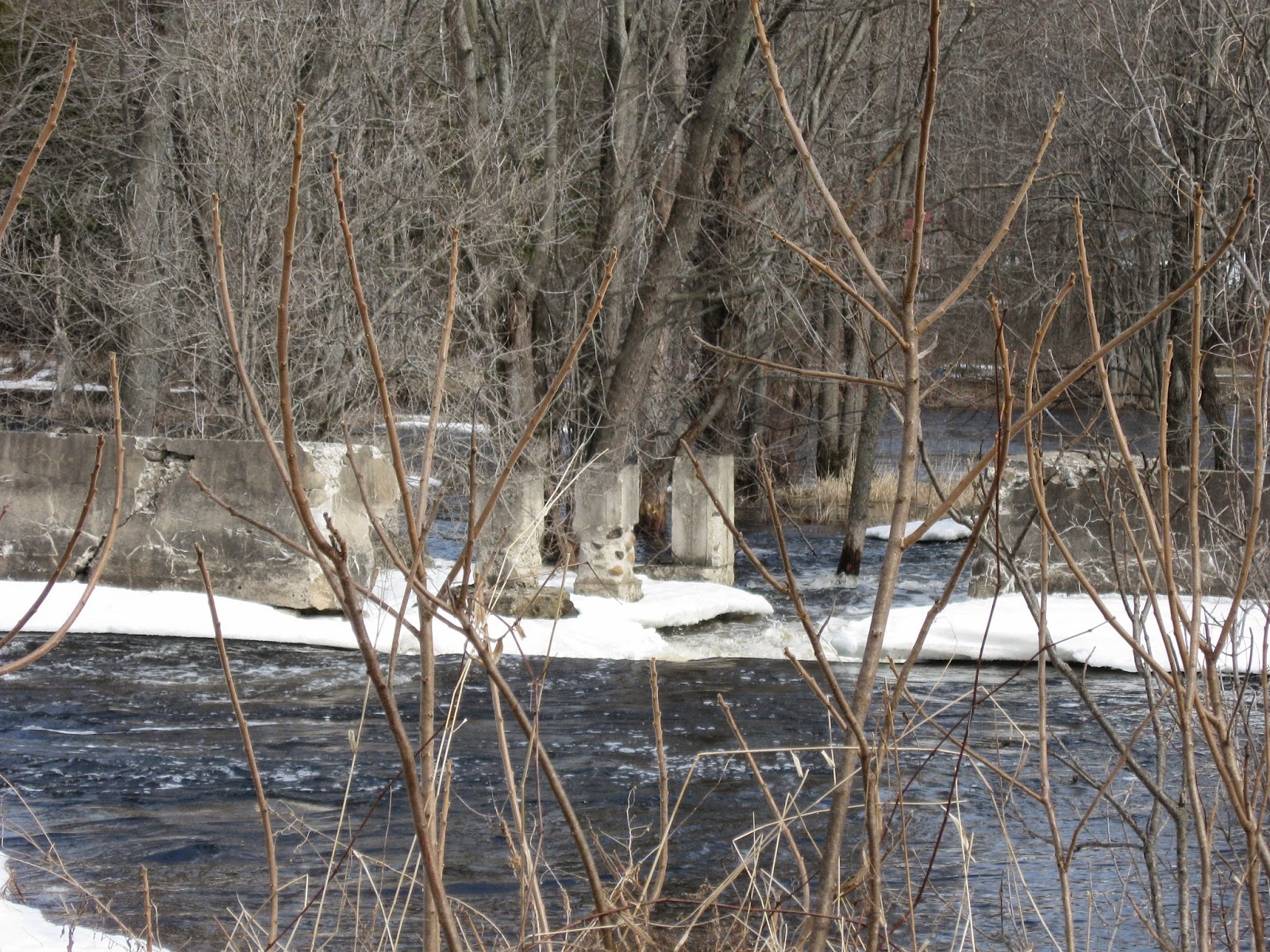 A week or two ago we followed the sound of rushing water to greet spring at a number of favourite spots along the Moira and Salmon Rivers.

We founds what remains of the mill at Lost Channel, a back channel of the Moira, I suppose. A circuitous road off the old Hungerford Road got us there. There is a sense of an old village there, but it was hard to read.

The mill ruins are a garden feature on an idyllic modern estate, which is for sale. This is as close as I could get. In summer, just the sound of the rapids would be evident. 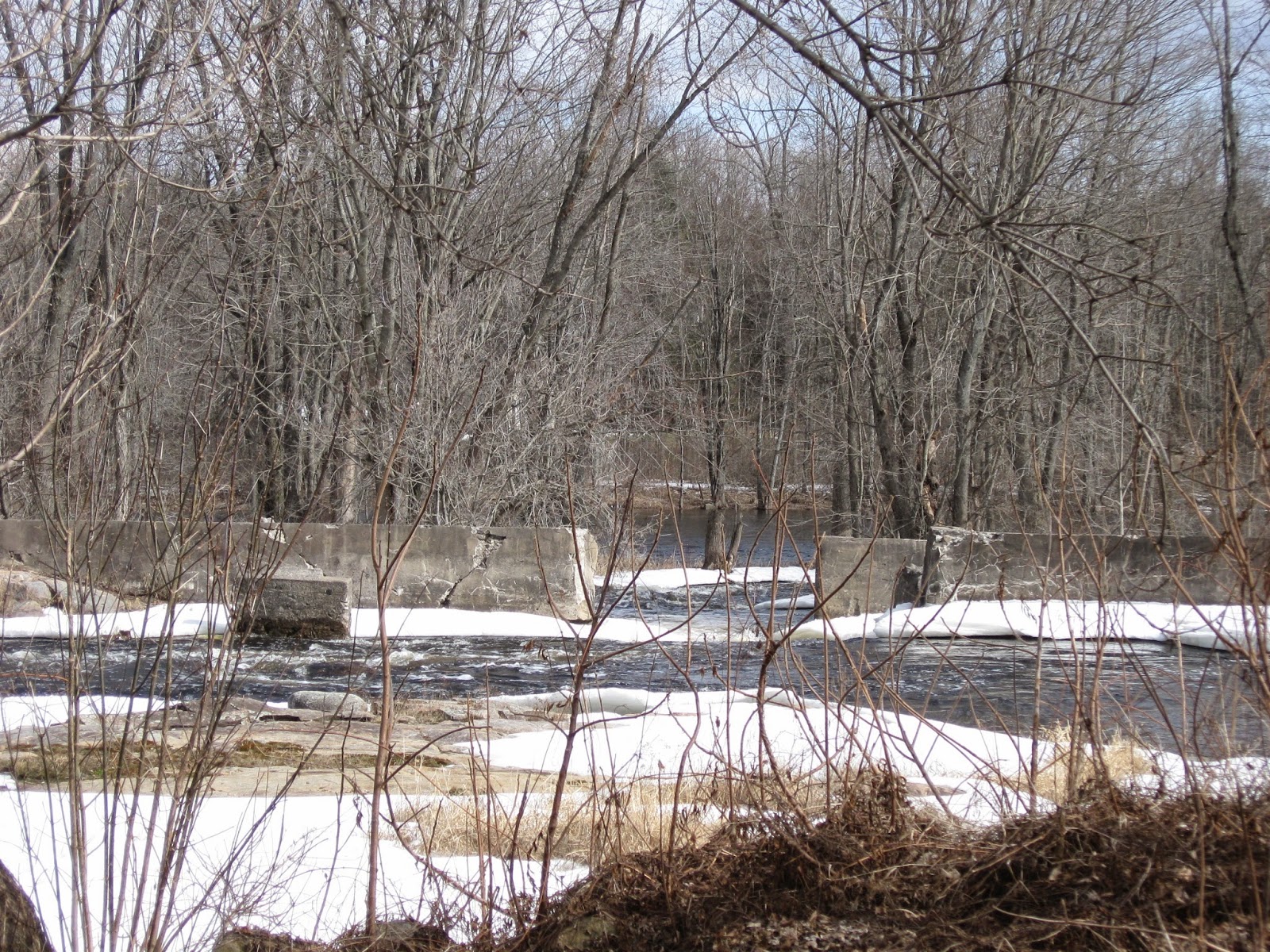 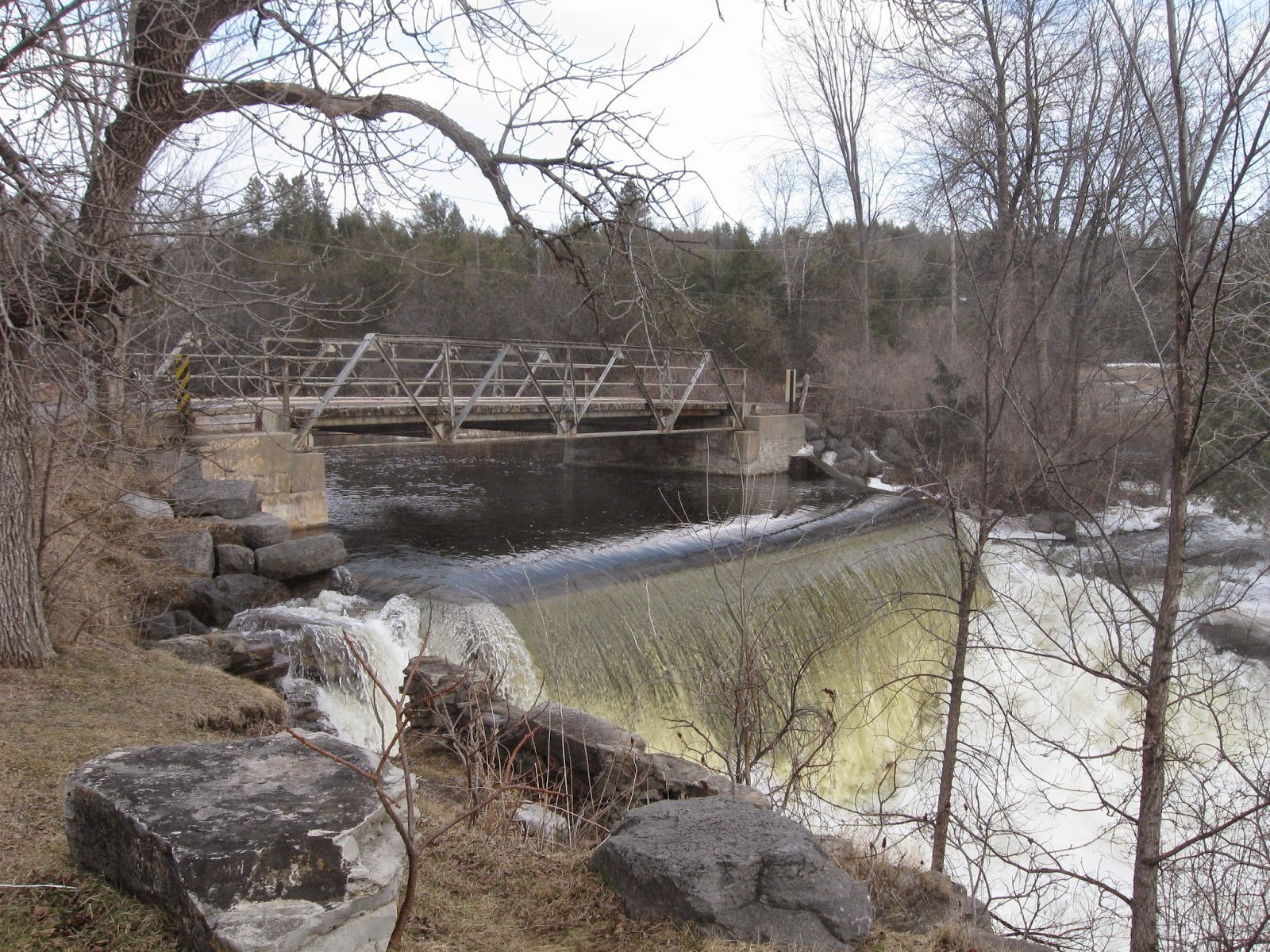 Later the same day. This is the Salmon River, at the old dam site at Forest Mills. The falls are called Buttermilk Falls - I wonder how many waterfalls got that name?

Forest Mills was once called The Falls; it had a rare bridge providing a vital river crossing. The first house was built in the 1830's. 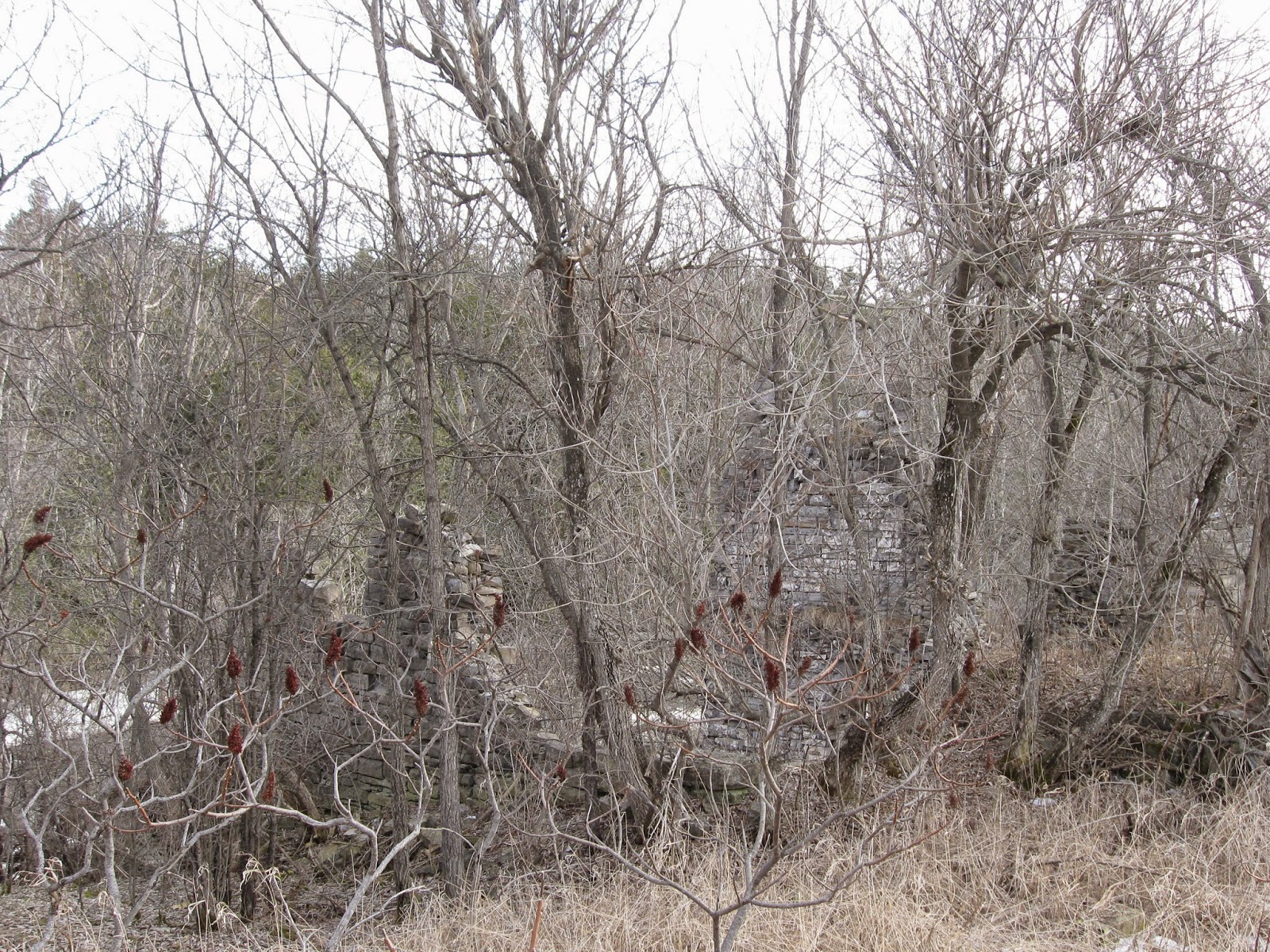 In 1868 the name changed once again to Forest Mills.


The place smelled wonderful - we could breathe in the river, as the mist hung in the cold air. Across the river was a modern home with a huge workshop which held Den's attention for a long moment - until we discovered that the property (which appears to encompass the falls?) has just been sold. Hope they share. 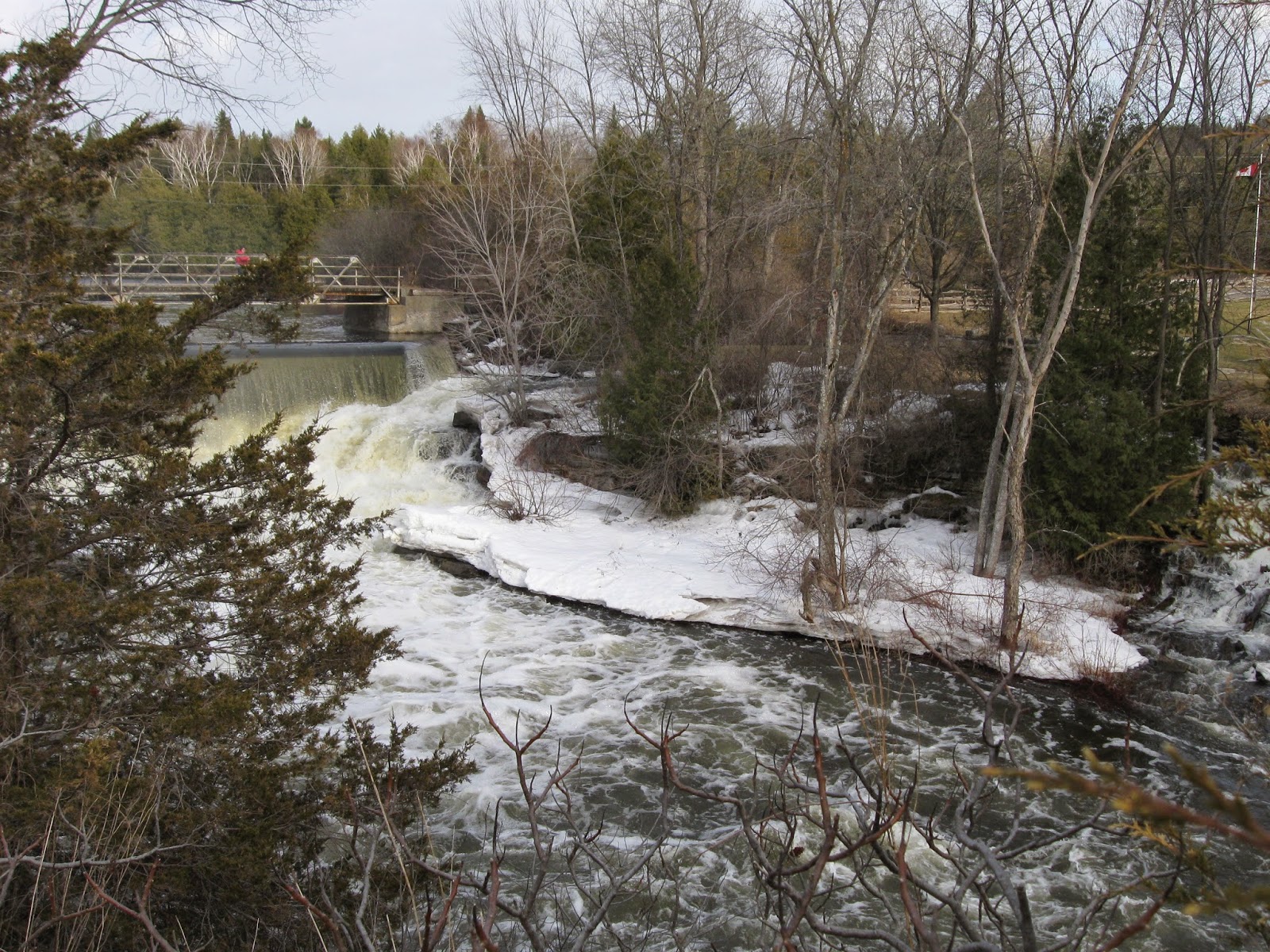 Hidden in the sumacs was the stone ruin of one of the mill buildings.

A few steps further along was this picturesque barn. A large square brick house stood opposite, I should have recorded it, but it was no longer lovely. 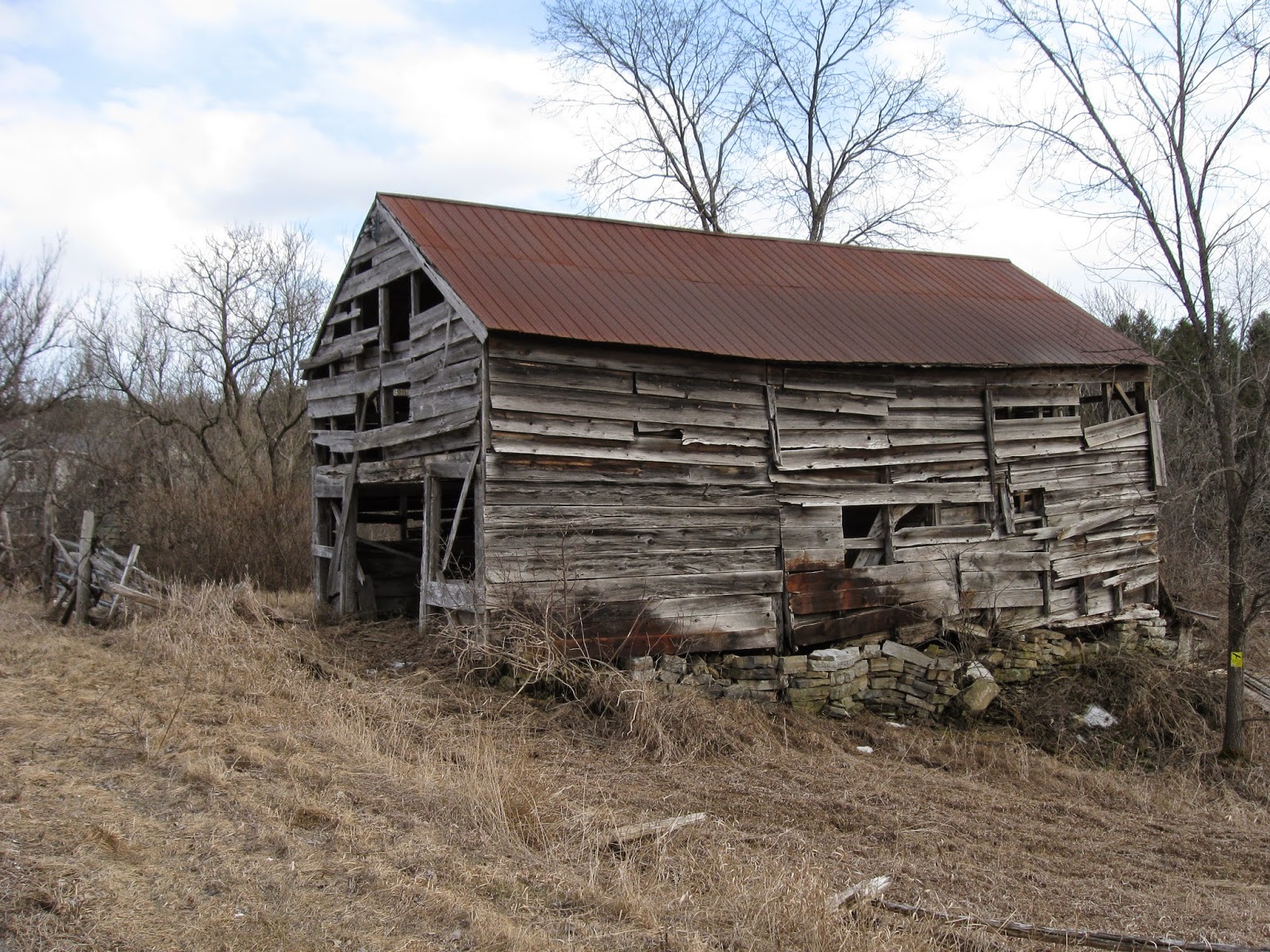 Posted by Ancestral Roofs at 5:10 PM