I know, I know.
The Empire Strikes Back was the sequel.
This is just a rather hokey way of revisiting Second Empire sightings this week. 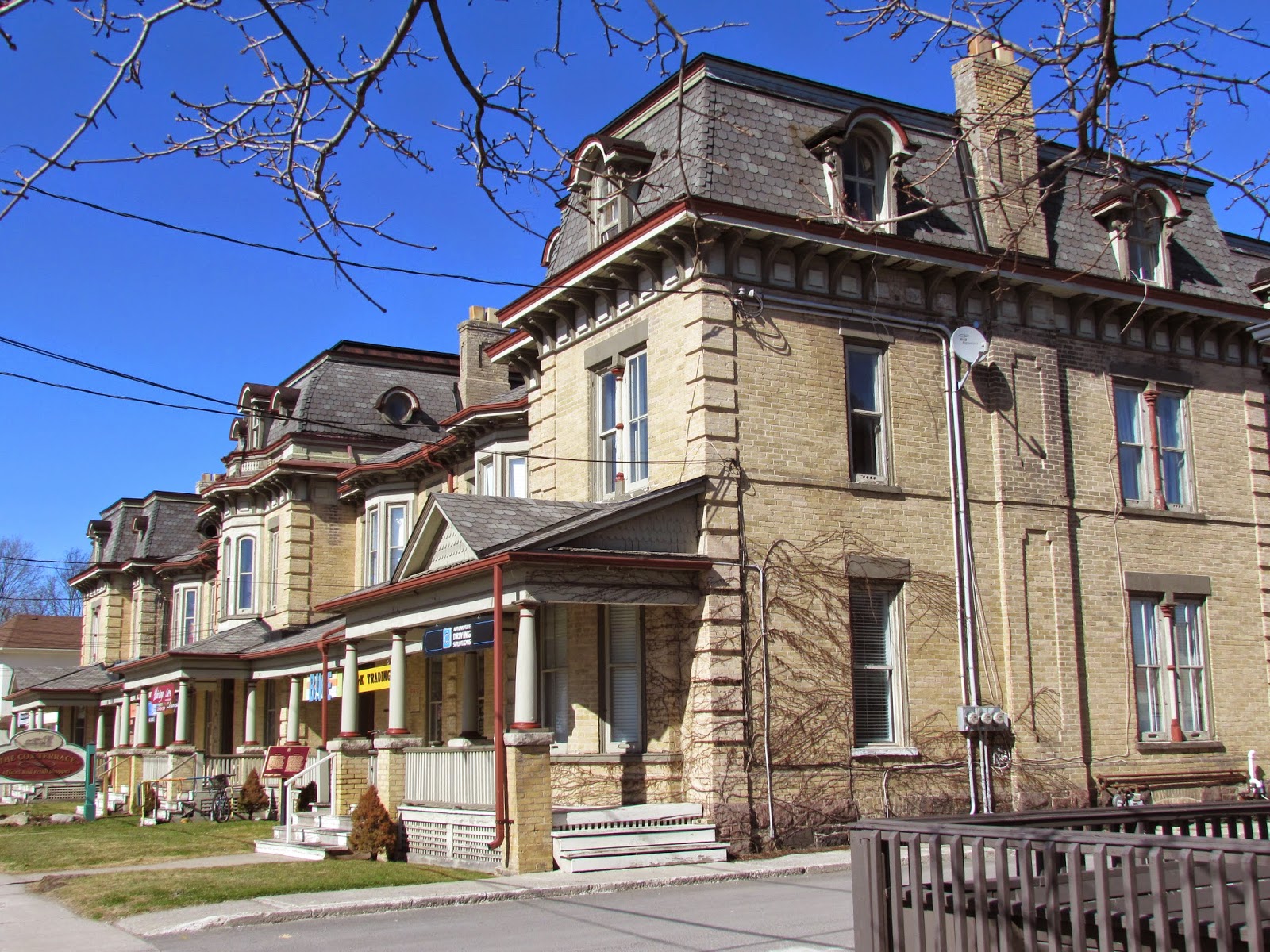 On Saturday we visited a favourite aunt in Peterborough.
On the way out of town, with the sun on our backs, we decided to navigate the one-way system to find Rubidge Street (it's divided into three pieces, like a robin-tormented earthworm.)
And there, holding its head proud above a sea of tarmac, sat the impressive Cox Terrace.

According to the Historic Places site, Cox Terrace contains seven two and three storey residential units (although I didn't venture indoors, so it may be that some subdivision has taken place over time.) Each of the original units has its own entrance.

We parked. I braved the cold wind, camera in hand, and did not do the place justice.

But neither, in fairness, did many of its rent-paying residents,  judging by the proliferation of bad window treatments and the not at all harmonious business signage.

But they do pay the rent. I hope. And the owners did achieve a fairly recent paint job, and a creditable retention of heritage elements. Well, it is a National Historic Site, after all. 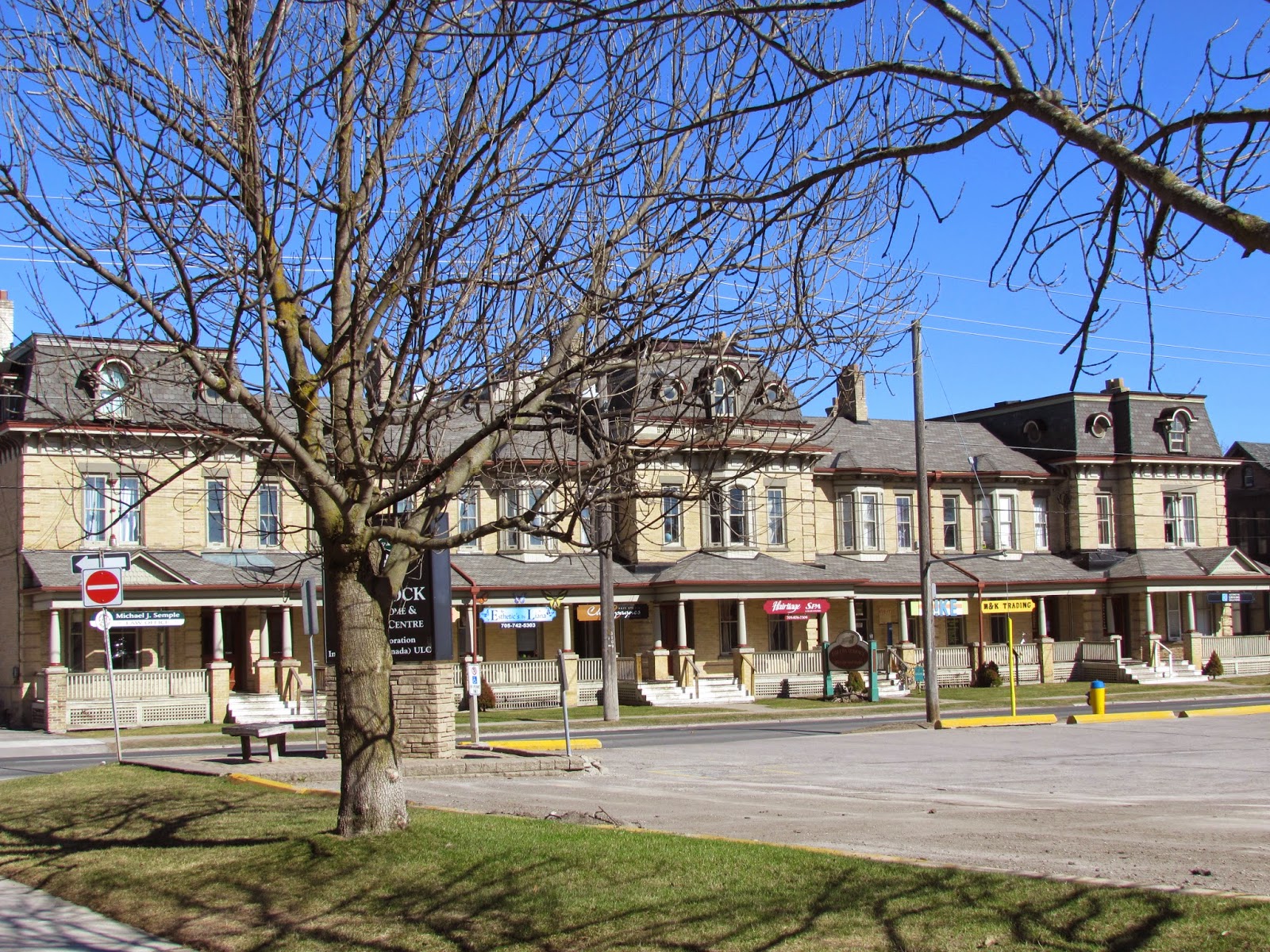 Like Glanmore, it was designated for its Second Empire style - the mansard roofs, projecting bay windows,  dormers both hooded and round, the pavilion massing, the complex roofing with two sorts of mansard roof combined with regular gable roofs with cute little hip roofed bays, between the pavilions. I'll quote this bit from Historic Places: "prominent eaves with decorative brackets, a balustraded pseudo-parapet (!) over the central block, hood moulding over dormer windows, and corner quoins."
Posted by Ancestral Roofs at 2:01 PM