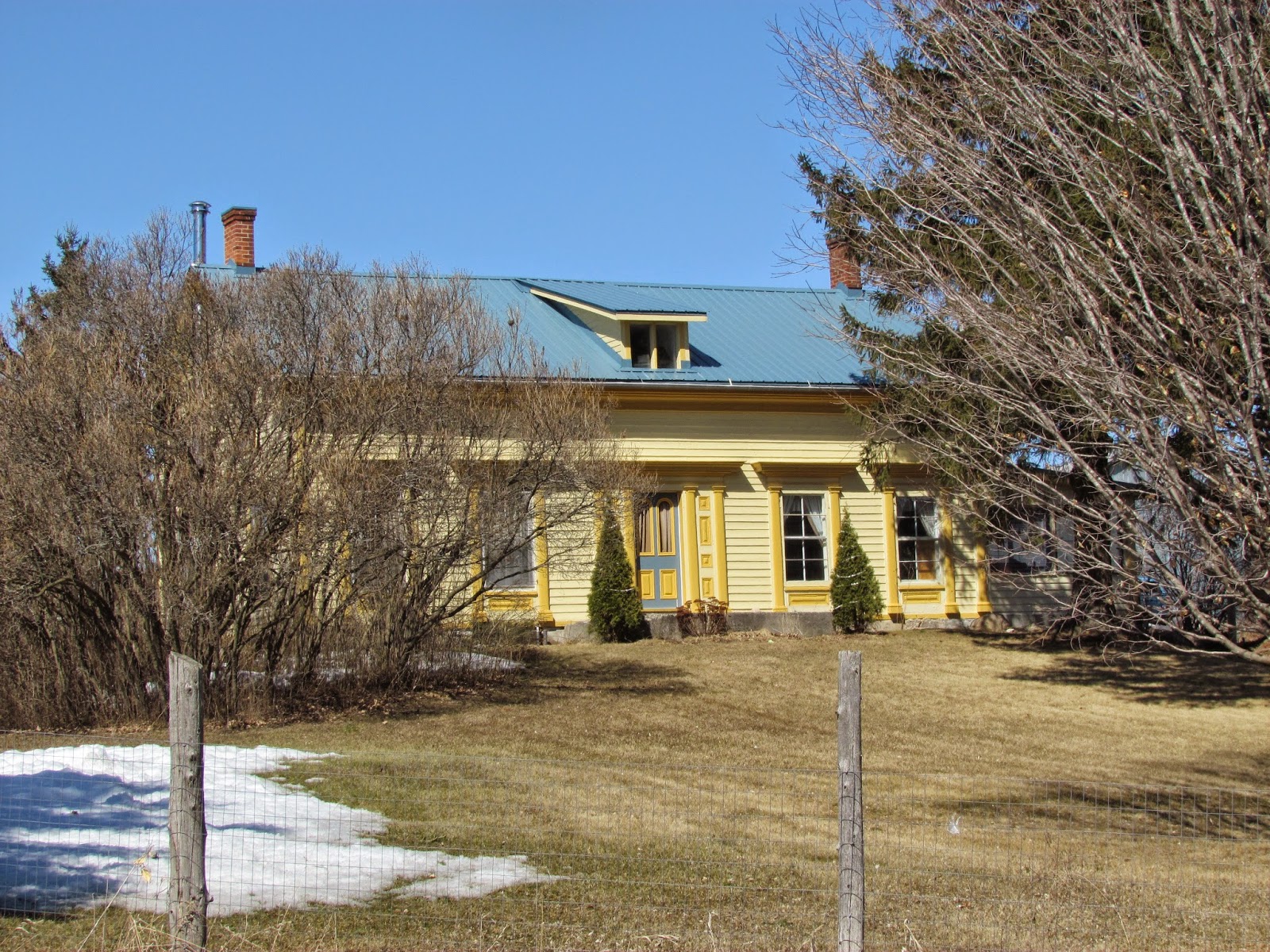 I turned off Moira Road onto Carson Road (which led to a brush with Fuller a few clicks on) the better to park and have a good look at the 1854 Wesleyan church, now the community centre.

As I was about to turn into the parking lot, something drew my attention. Like the bright flash of an oriole in the forest canopy, this eye-catching place, well, caught my eye. 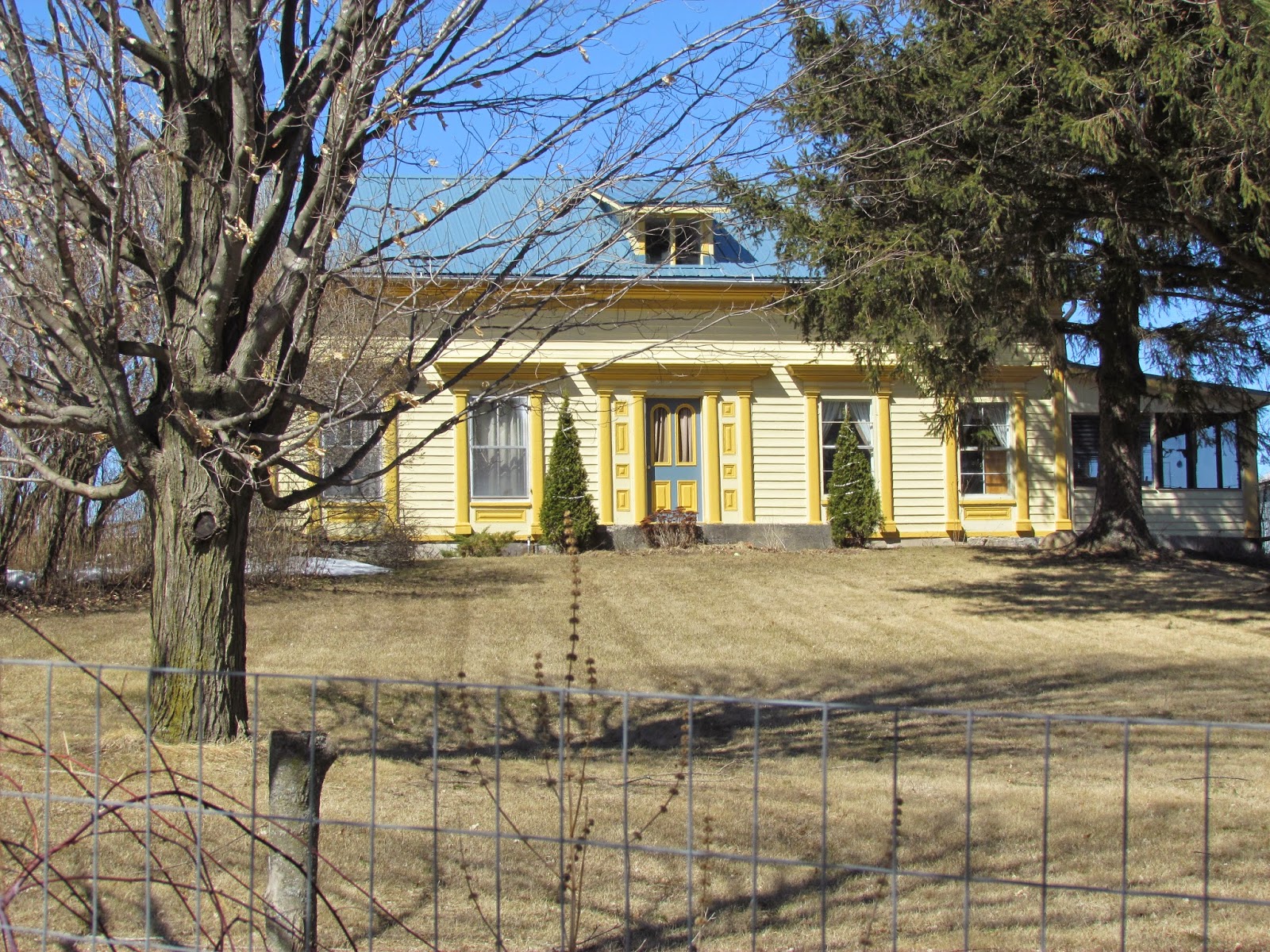 I first noticed the shadows cast by impressive cornice mouldings above doors and windows on the neat symmetrical front of this clapboard house. Although the house is well-screened with bushes (it would be invisible in summer) I saw enough to make me fall in love. 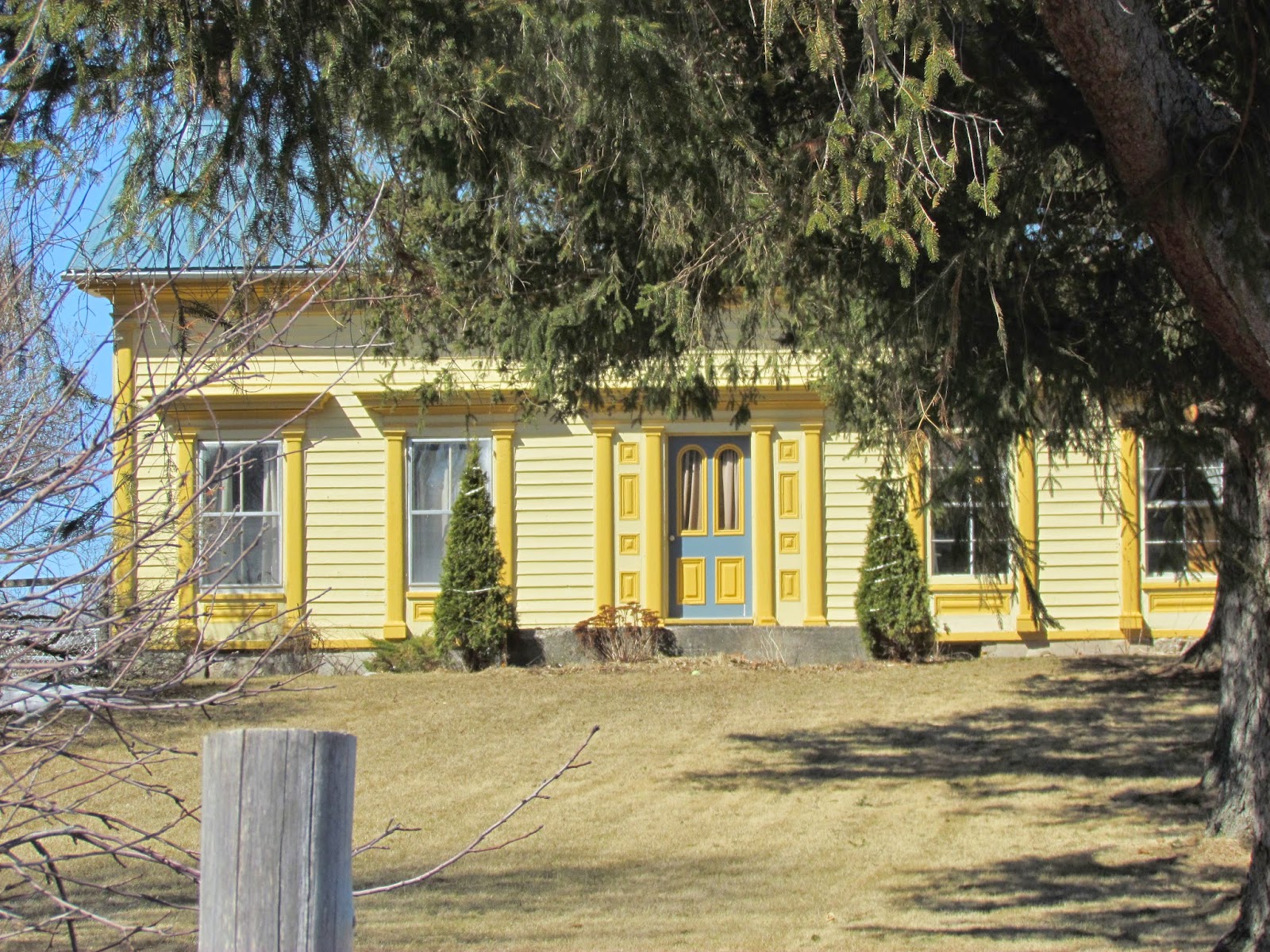 Pilasters with capitals flanked the blind panelled sidelights, and the oversized Regency windows with their panelled dado below. Deep roof cornices lead to returning eaves on the side elevation. Then an Italianate front door.

And all picked out in wonderful cream and gold, with a dusky blue highlights and roof. 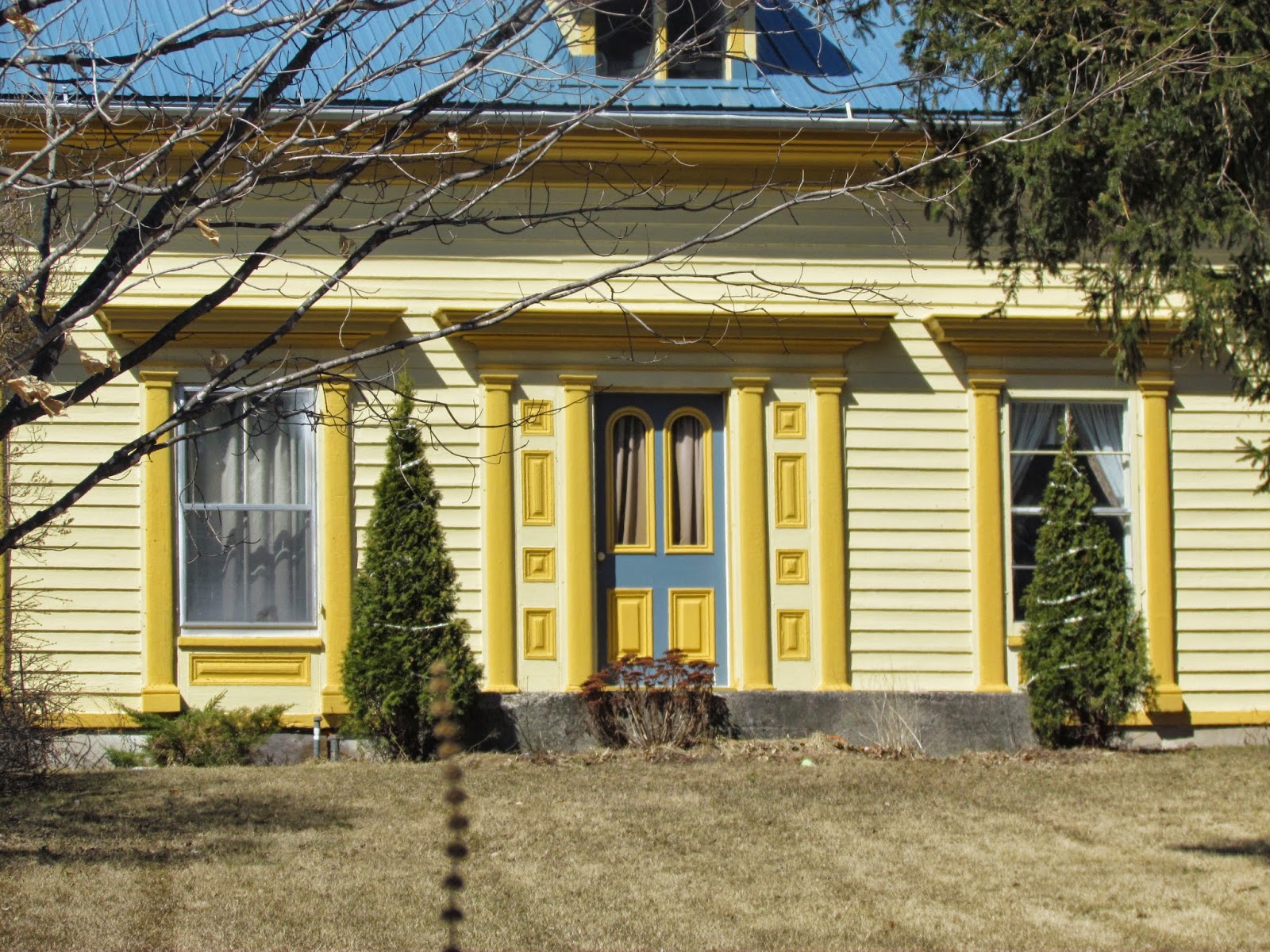 The proportions, and the wide roof cornice lead me to think it's an early house. The wealth of detail on the front, with some vernacular treatment, have me puzzled. The house actually makes me think of some of the richly moulded frame houses of Lunenburg or Mahone Bay.

I checked the Belden's 1878 atlas. There's a D. Vanderwater listed at Concession III Lot 13; I think this house may lie on part of that lot. The Ketcheson's were among the first settlers in the area. Could well be a very early house. Hope someone at Moira's Facebook sees this query and puts me out of my misery!
Posted by Ancestral Roofs at 5:18 PM