The Lady Historians of Cannifton 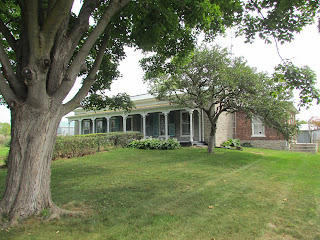 I hold in my hand a treasure. Indeed, I feel I should be wearing those white cotton gloves mandated by archivists. The treasure is the 1868/9 Hastings County Directory. It was loaned to me by a history-minded lady who lives in a house chock full of history in a hamlet redolent with times past. I had the occasion recently not only to visit the house and its owner, but to learn its history, and that of the view from its windows. 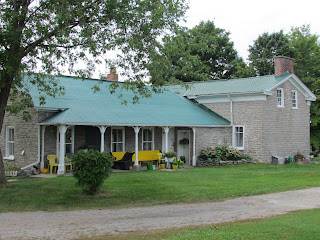 The hamlet is Cannifton. I have posted before about the little stone village along the Moira. For starters it is the home (for a while longer anyway) of the Community Archives of Belleville and Hastings County - a treasure trove of documents and old photos and delightful volunteer historians always willing to help a visitor overturn a stone or two, looking for stories or family. 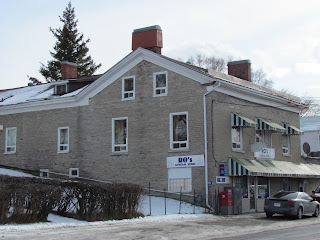 And stone there is. As a riverside town, Cannifton's earliest buildings are built of stone hauled from the Moira. And most still stand. Cannifton was one of the spots I visited for an article about general stores, for County Roads magazine's Spring 2012 issue. I visited the general store of Mr. Jason Ro which adjoins this property, a bit further down the slope toward the river. 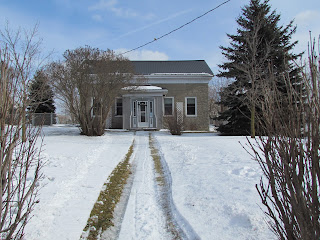 On that general store research trip I also spent time with delightful historians Nancy and Lynne, who live in yet another historic stone house in the village. They were a terrific help when I was researching general stores for that article, for they grew up in the general store. More on that in another post. 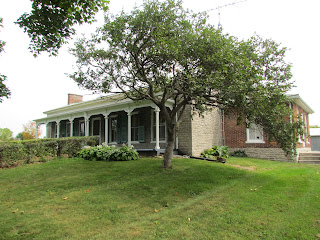 In early September I finally got a chance to visit this lovely stone house, and its owners Ruth and son Paul. Neighbours Lynne and Nancy brought along a bundle of historic photos, mementos, handwritten histories and legal documents, to add to the pile Ruth had amassed, and the five of us spent the morning over the history of the house and the hamlet. Fortunately Ruth, an able historian, had written the history, and presented me with a copy, as it wasn't long before my head was spinning!


This wonderfully Regency feeling house on a picturesque hillside setting, with its low ground-hugging profile, massive trees, verandah and wide windows was built by Joseph, son of the pioneer UEL John Canniff, from New York state via Adolphustown, who arrived in the area in 1808, and built the dams and mills which built the village, Canniff Mills.

The house was cut from the bedrock of the Moira River in the summer, according to Ruth. In the basement is a slab of limestone 11' by 5' by 6 " thick, which sits on its original wooden frame. The massive slab served as refrigerator, the surface kept cool because of "weeping," just the spot for butter, cream and milk. Still feels cold to the touch. The stairs are cut from solid rock.


To walk through the comfy old house, with its solid hemlock floors, pine doors with wooden pegs, deep window seats, 10' pine ceilings is to walk through history. 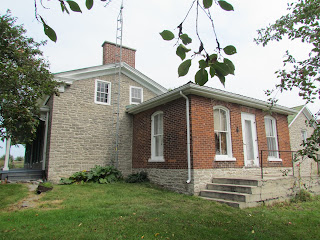 A darker note in this sunny visit. Black history is imperfectly written throughout our settlement story. This house was a significant link to the Underground Railroad, which guided former black American slaves to freedom in Upper Canada. Joseph Canniff worked with the friends of the Underground Railway to conceal and transport former slaves to safety. Mounted Ku Klux Klan members in white regalia, bearing torches, came onto this lawn three times to warn him to stop, 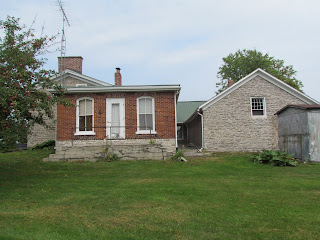 A stroll around the farm property gave me a long-coveted chance to enjoy up close the welcoming side and front verandahs, the stone woodshed with its dear Dutch door, the calves in the pasture next to the barn. A farm holiday in a morning visit. 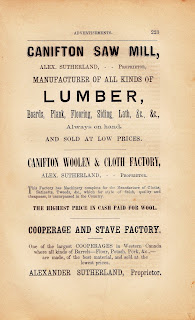 And at last I got to hear the story of the tiny perfect brick addition, which had caught my eye when I first drove up the side street south of the property. This was the home built by Alexander Sutherland, a Scots woollen mill owner and merchant, some time after he purchased the property in 1870. Sutherland lived here, and a spinster relative Miss Isabella Adella resided in the stone house, where she prepared his meals and did the laundry; a door from the little brick addition opens directly into the stone house dining room.  A mulberry tree which was part of  'Sandy' Sutherland's walled orchard still stands at the southwest corner of the house.

There are so many more Cannifton stories to tell. I'll post another installment from the Lady Historians of Cannifton sometime soon.