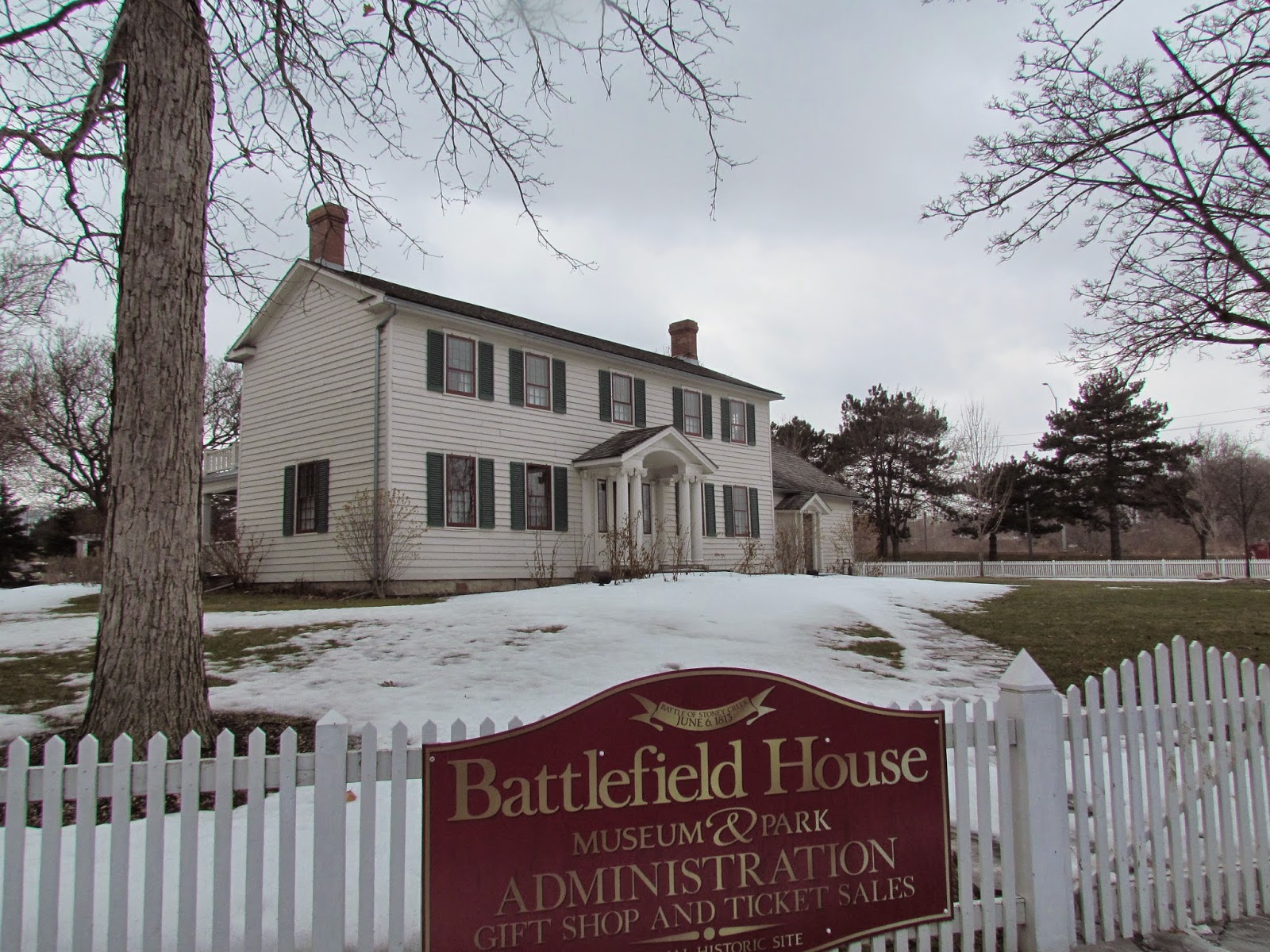 From the newspaper articles reproduced in the interpretive centre, it was clear that there was some debate prior to 1999, when heritage types were considering the move of this worthy Georgian style frame house to the Battlefield House Museum property in Stoney Creek, Ontario. There was muttering that visitors would get the two houses confused, or that somehow the significance of this important War of 1812 site would be degraded. Not only have those responsible for this National Historic Site NOT let that happen, they have enriched the visitor experience (and provided much needed administrative and display space which 'our' NHS Glamore would die for) and they have given lovers of c.1800 architecture a dream location to visit. 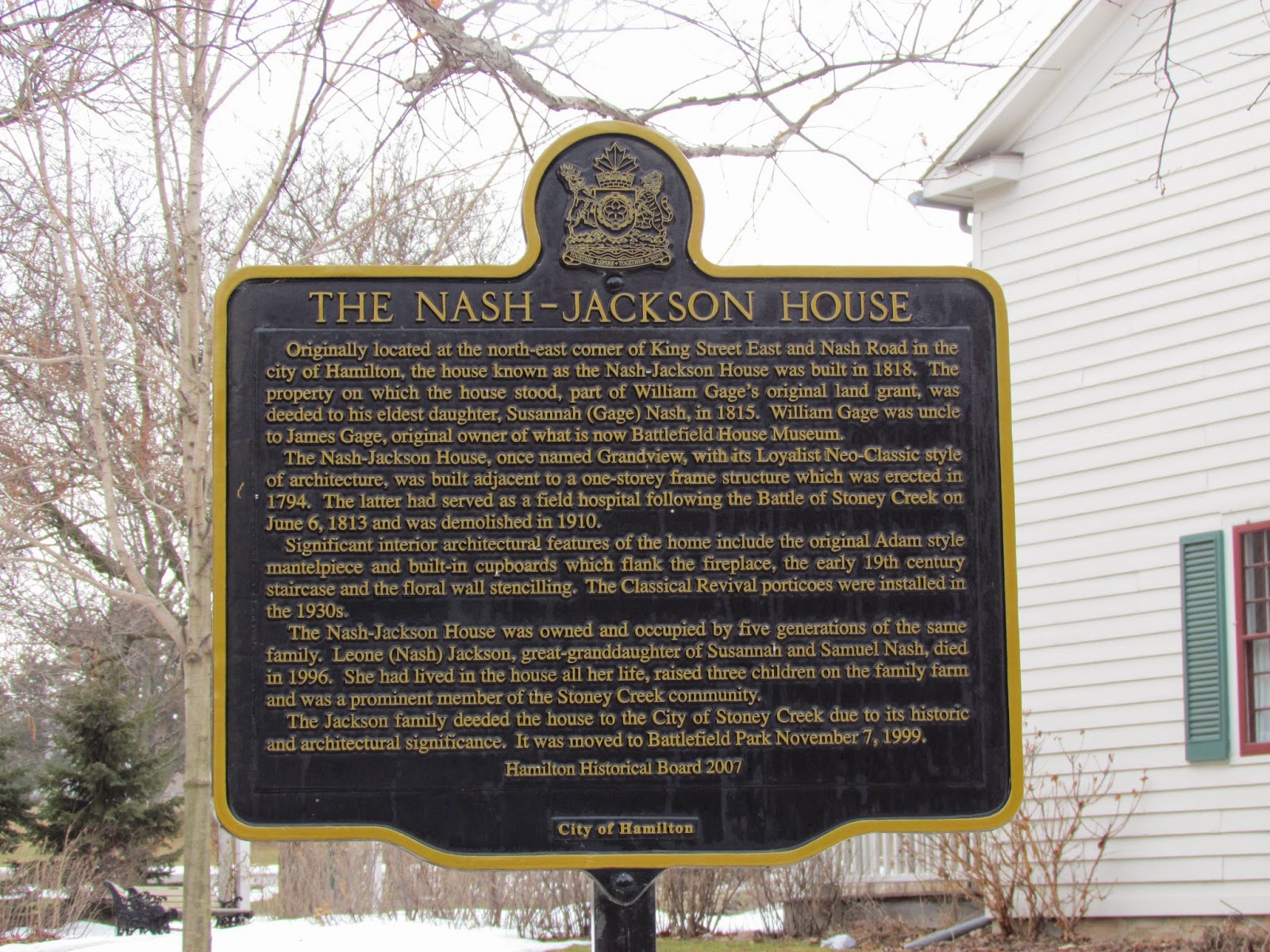 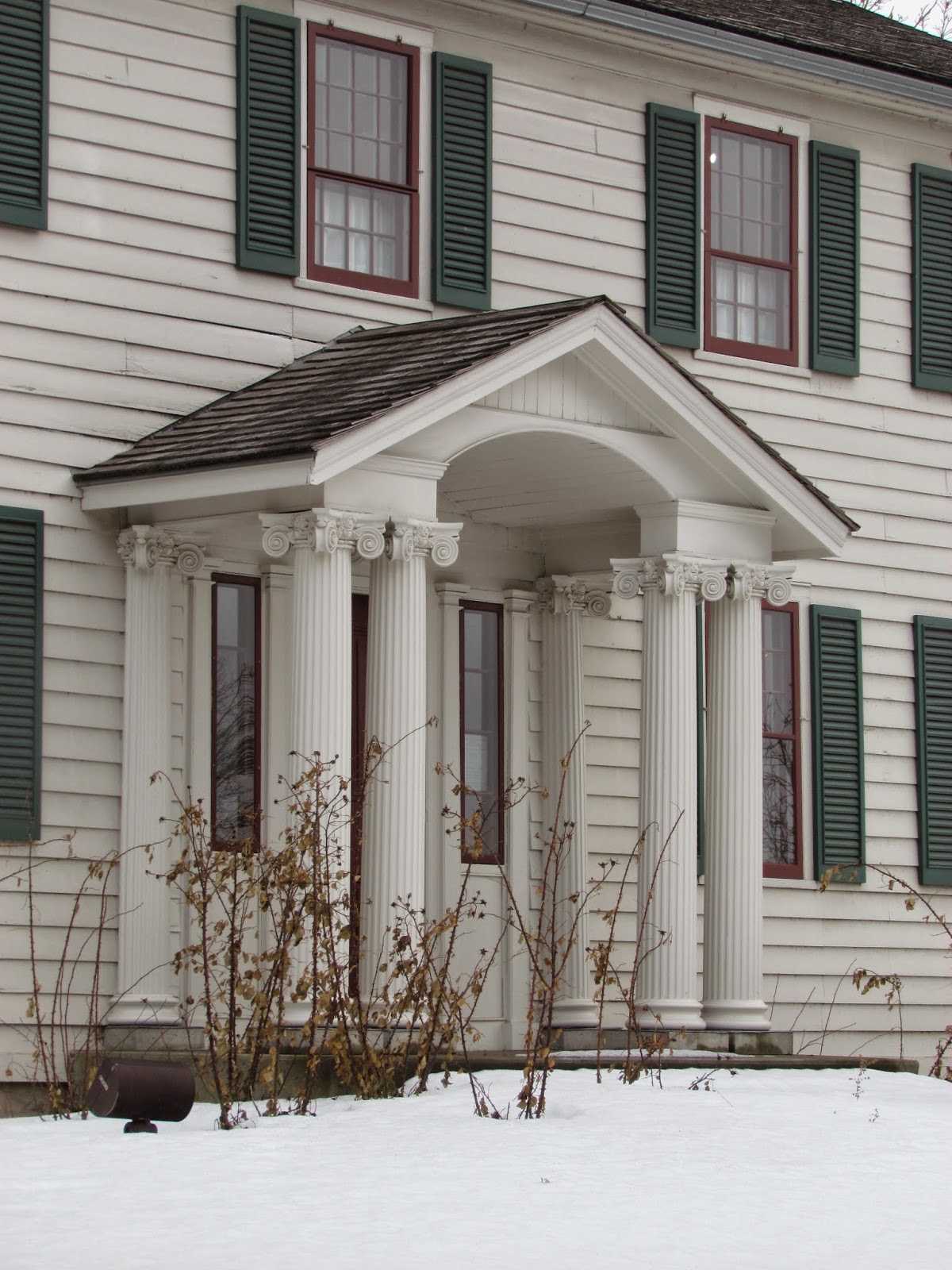 The plaque beside the white picket fence tells the story of this white clapboard house. The house began as a small one and a half storey frame structure around 1800, and remained, growing all the while, in the same family for 5 generations. The family were cousins of the Battlefield Museum house (the Gage House), so it's only natural that they would seek each others' company when things got tough - in this case, when the property was finally sold, and the house faced demolition or moving.

The solemn symmetrical facade, the grand neoclassical portico resting on (to me) slightly too large ionic capitals on fluted columns, sitting in a wide lawn bordered by white picket fence and tall old trees - what a vision, even on a dull day. Looks like it's stood there for 200 years. 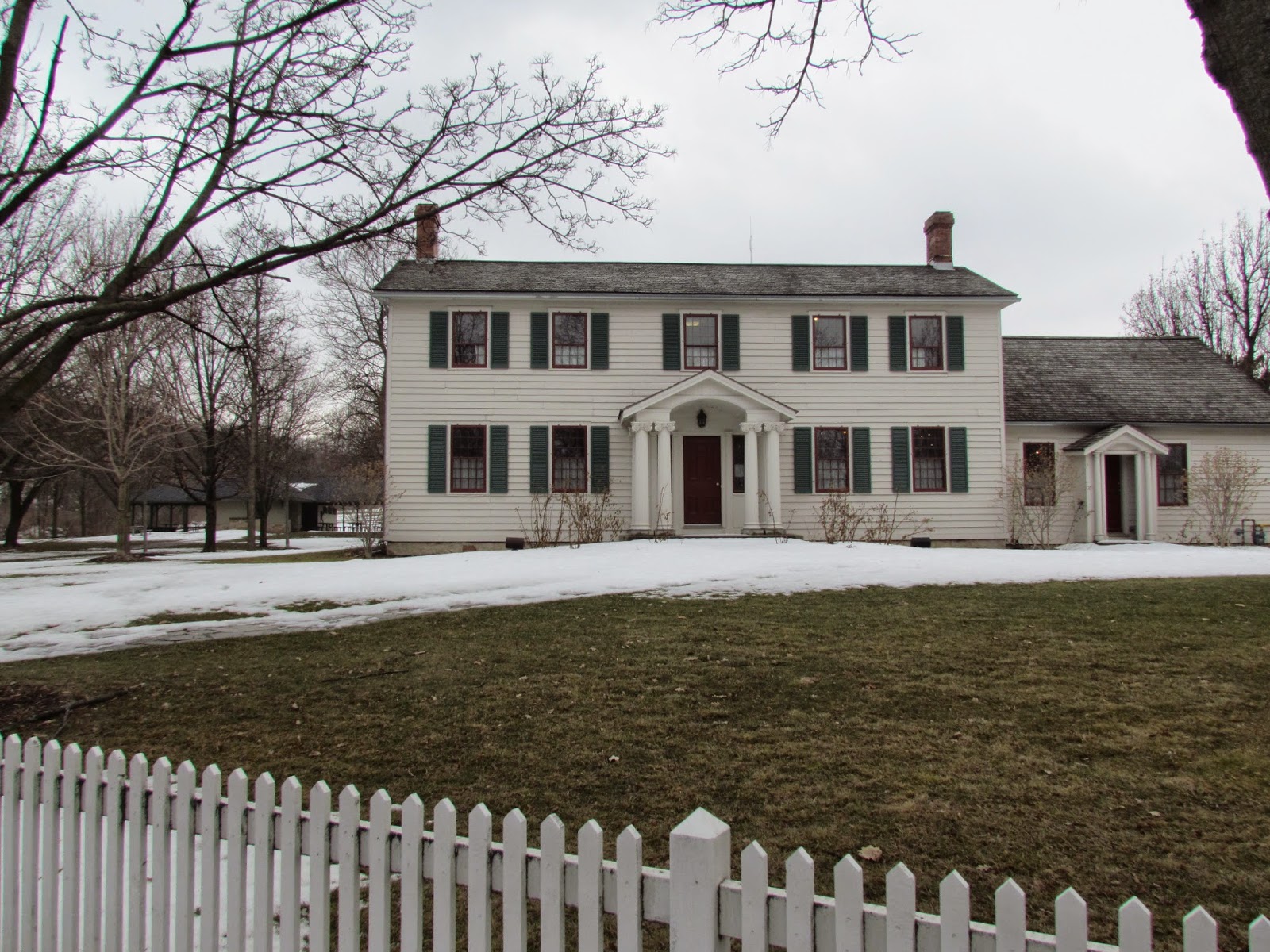 And the interior! A beautiful gift shop, convenient offices and washroom, and several rooms of displays telling the story of the house, its family, the war of 1812 battle fought on this very property. And then there's the actual early 1800's parlour with its neoclassical mantel and chimney cupboards topped with elliptical arches with radiating reeded sunburst and keystone, and pilasters. Exquisite! 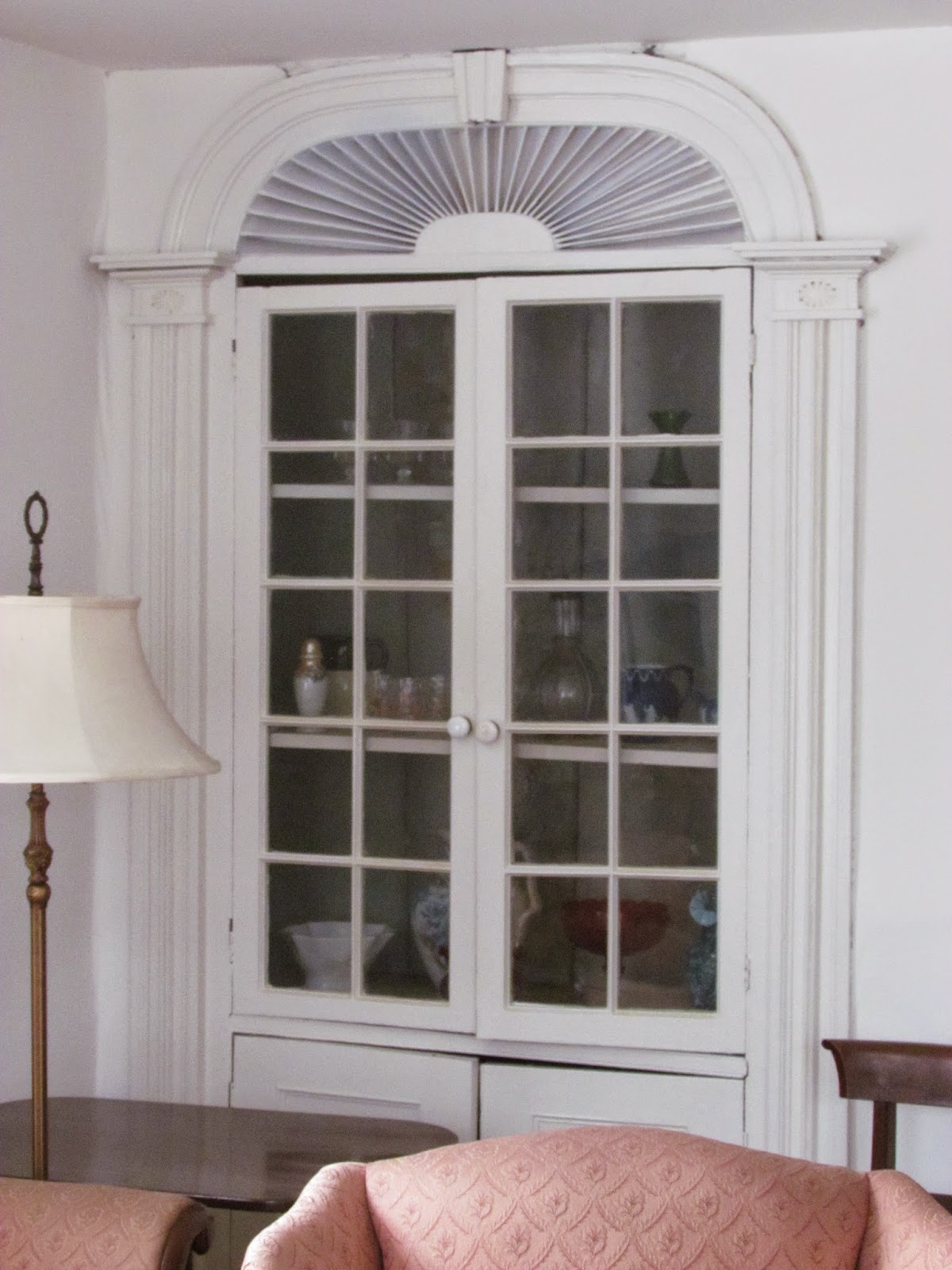 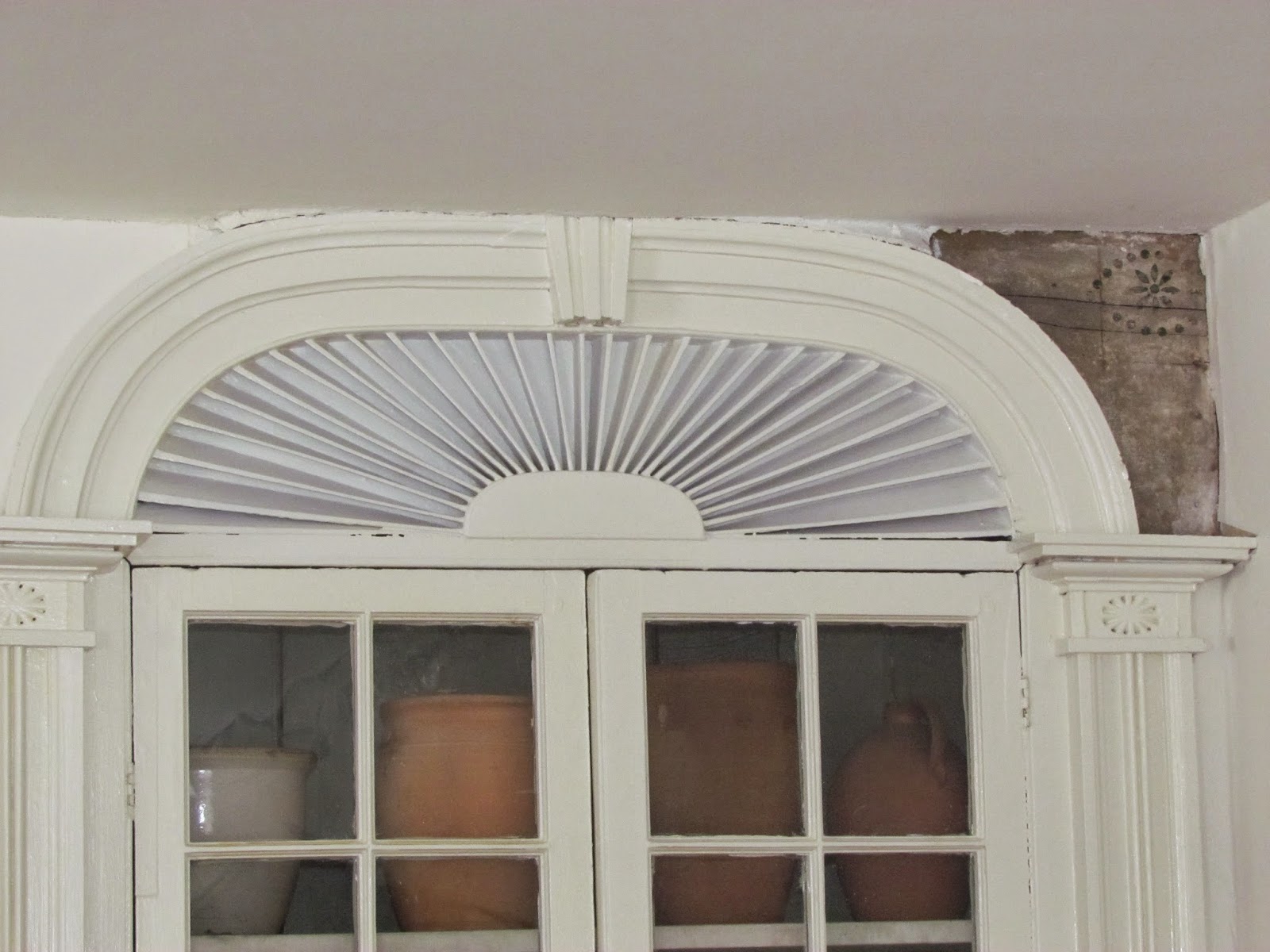 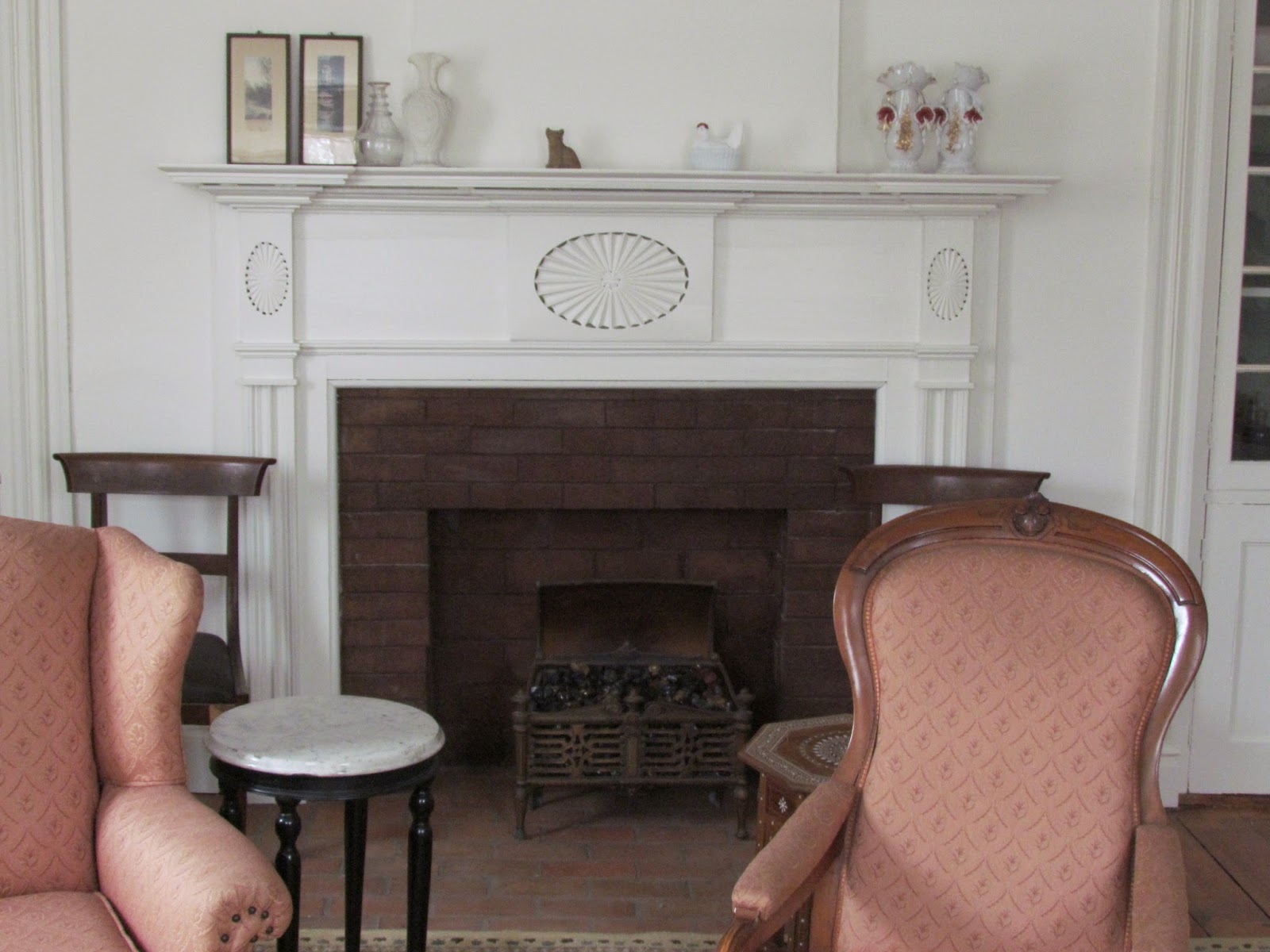 Notice the stenciling which restoration work discovered below the ceiling? I spent a long time in "Grandma Nash's parlour" (that would be Anna Catherine Munn Nash to me, of course.)


And the really great news about the Nash-Jackson house? It's only the beginning of the historic house adventure that is Battlefield House Museum and Park.