On my walkabout in downtown Picton last week, I had a look at a building that has always just been there, throughout my life, the Royal Hotel. Our conservative parents would make comments about the seedy characters and shiftless farmers who hung out there - hushed not-in-front-of-the-children references to "the beverage room" always accompanied by that 'trouble in River City' disapproval. Now clearly, that image was not always the case.

This wonderful photo of the 'new' Royal Hotel shows lots of ladies chatting out front (and they DO look like ladies.) The three storey luxury hotel, opened about 1881, was considered the best in town, and sported a bell-cast octagonal roofed turret to set it even further apart.

I turn to The Settler's Dream for this architectural description by Tom Cruickshank and Peter Stokes: "Brickwork on the Royal also shows polished elaboration, particularly in the rusticated pilasters and cornice detail as well as the decorative labels with keystone, all executed in brick, over each window. Other details worthy of the hotel's status are its heavy bracket and an iron balcony, since removed, which extended the full length of the building." (p.211)

But its character slipped, and its future was in doubt until a few years ago, when heritage and arts types began to explore the possibilities of the hotel. A local photographer captured, Drake-like, moody views of the hotel's last residents and its evocative faded interiors in Graham Davies at the Royal. Black and white images are available for sale in book form or as prints. 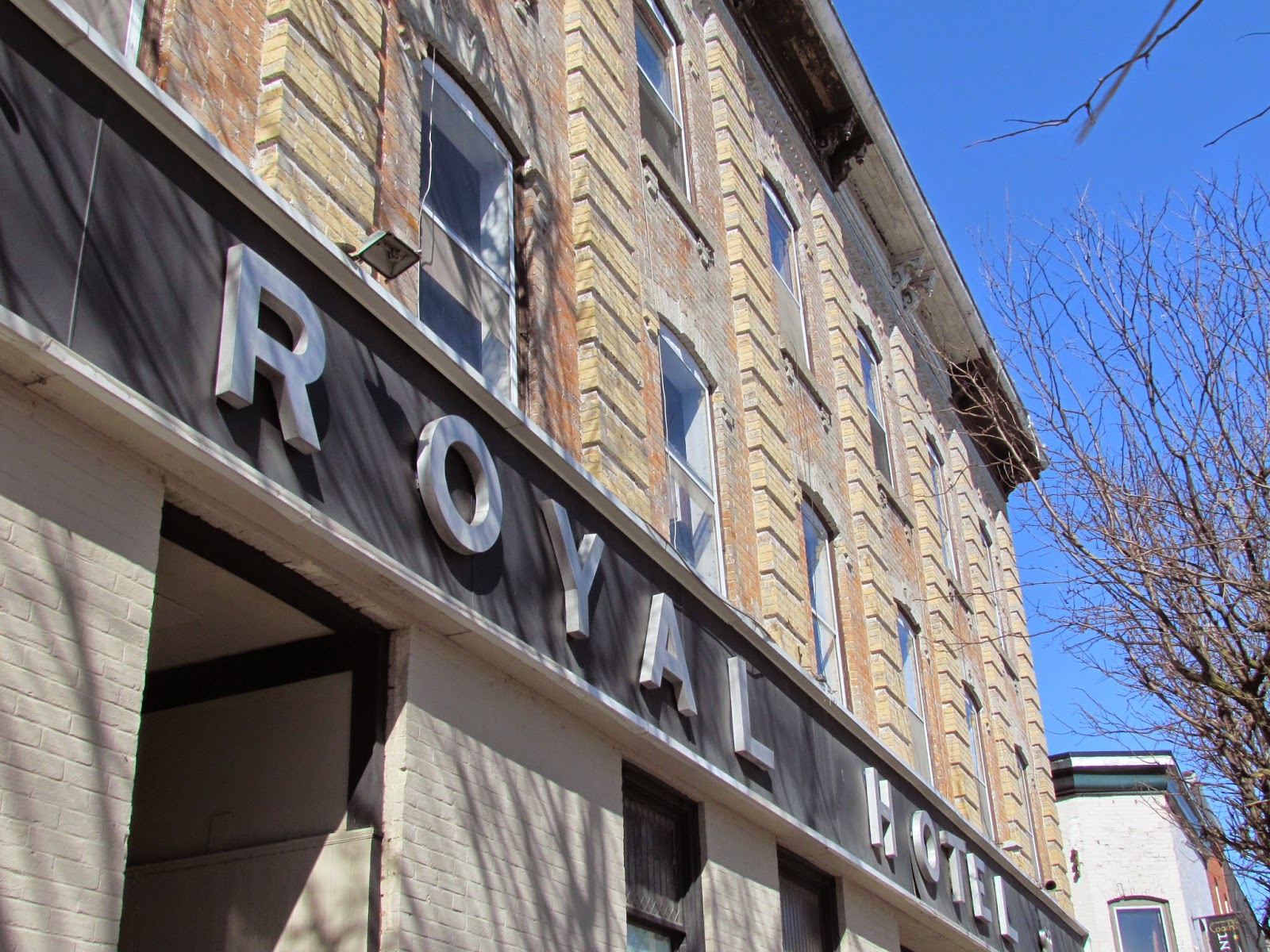 In late 2013 an optimistic note was sounded in The Wellington Times at the purchase of the Royal by former Ontario finance minister Greg Sorbara (well, he would have money, right?) His plans to launch into the county's 'hip transformation' with the refurbishment of the building as a boutique hotel aren't manifested yet in any noisy messy encouraging restoration work, but I am hopeful.

No-one can tell me when the hotel received its most recent facade facelift. I love the hotel name in deco letters on a black background - could it possibly be Vitrolite?

Posted by Ancestral Roofs at 12:11 PM