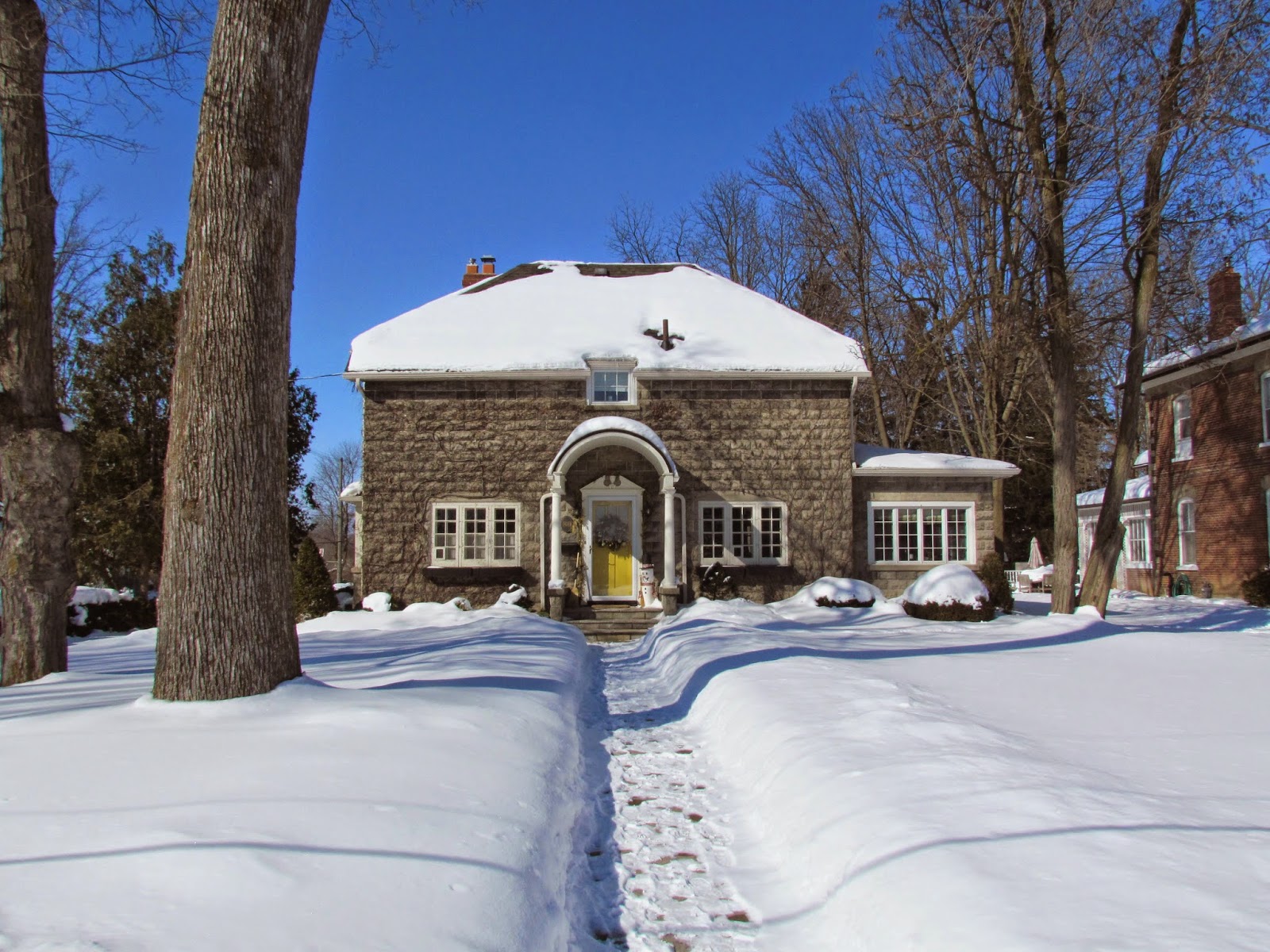 Isn't this little cottage adorable? I hope to see her again this summer in Lindsay when we plan to camp in the area, to explore further the area's history and nature.
A while ago I did a post on concrete architectural elements. The 'is it stone or is it concrete?' question arose around the turn of the last century when the material became popular both for decorative and utilitarian functions.

The service side-walk at Glanmore NHS, for instance, was reinstated during exterior restoration - it was the newest thing in paths when JPC Phillips had it poured for the servants in the late 1800/early 1900's. 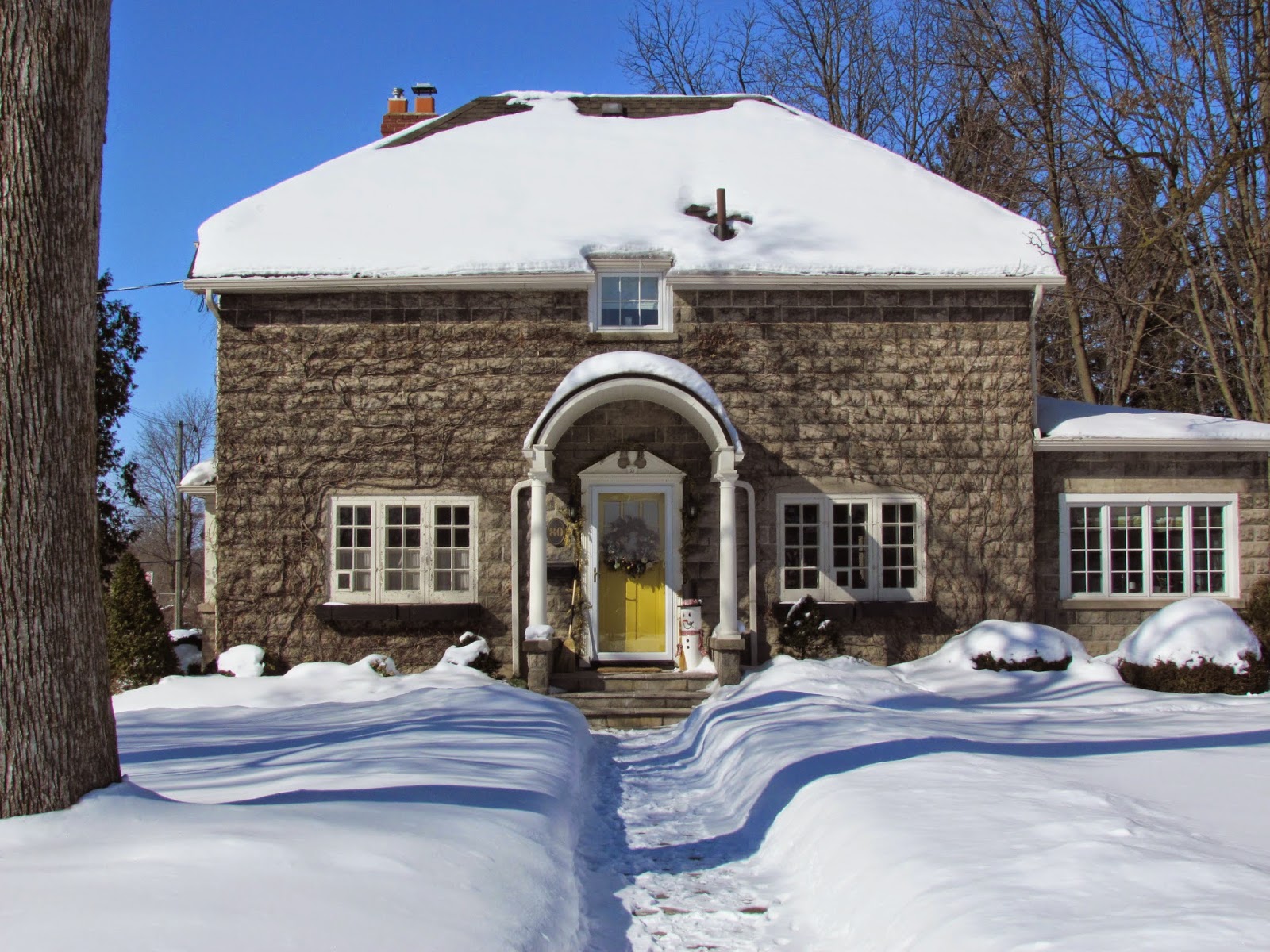 Concrete block construction, which is today largely hidden behind other cladding, or used in foundations, was often selected as a practical and economical material for homes around the turn of twentieth century. There are a couple of concrete Edwardian four-square houses in my neighbourhood that I have just never gotten round to snapping. Somehow the colour makes them look so dreary.

St. Mary Magdalene Church in Picton (1914) was built of concrete block, and a particularly fine looking rock-faced block was used on an addition to the mill at Glenora.

But this curious little house, with its optimistic curved portico, its grouped windows low on a tall wall, its perky little dormer, and its cheery yellow door topped by a Federal style  broken pediment, is anything but dreary. I would love to know its story.

Posted by Ancestral Roofs at 10:47 AM