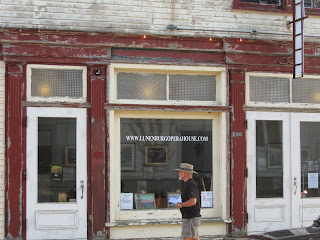 Regular visitor Mark joined the discussion about gambrel roofed houses recently. He queried my placement of  the gambrel roof's appearance at late 1700's in New Amsterdam, citing even earlier examples of the form in the Maritimes (can't recall where I got that date.) 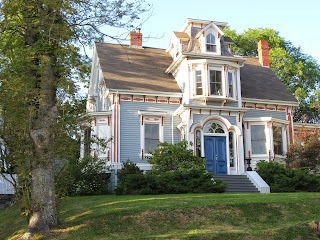 Mark is an east-coast house nut, so I defer to his point, given that he included some incontrovertible evidence, in the form of photos and links (hey, I'm an informed enthusiast, not an expert.) 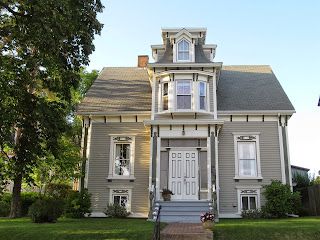 Here's a link to the venerable 1761 H. Romkey House,  a wonderfully old house in Lunenburg. My heart melted, and I was transported back to that incredible long day we walked every street in the town's heritage district, falling in love. I did go on about it somewhat, with posts in October and November 2010. 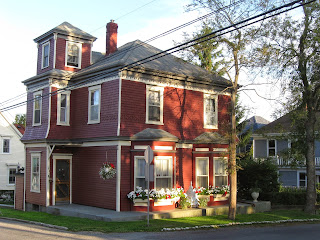 We will go back.
But for now, just to indulge myself, I'm posting some Lunenburg photos, and travelling back to the east coast. 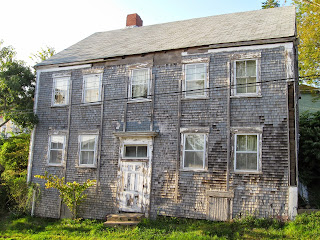 Back in 2010, Blogger was less permissive about photo excesses. 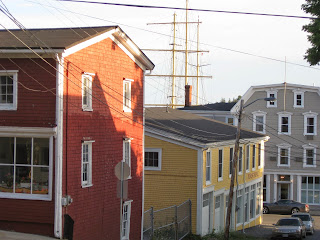 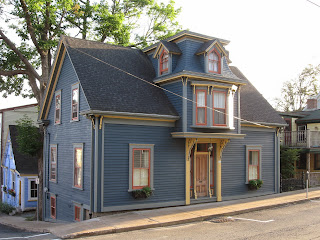 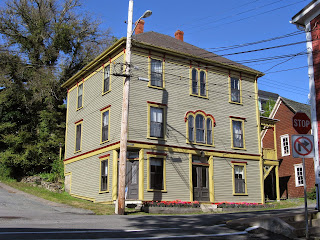 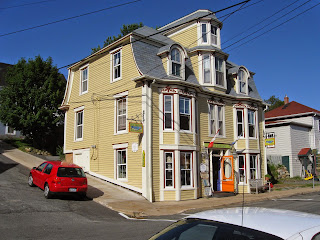 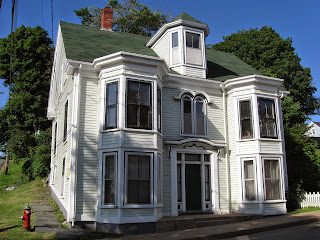 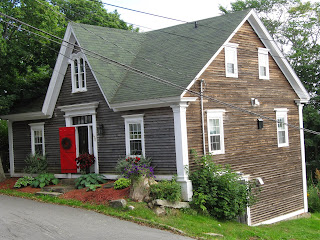 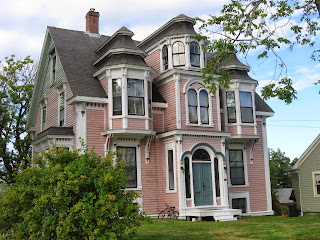 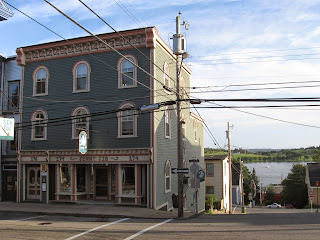 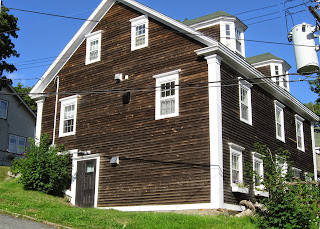 Oddly, not a gambrel roof in the lot! 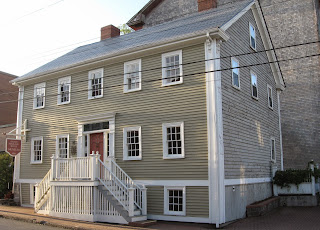 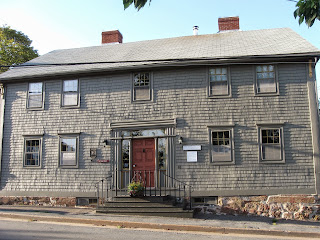 Posted by Ancestral Roofs at 10:15 AM