By the time you read this... 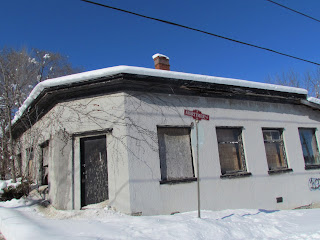 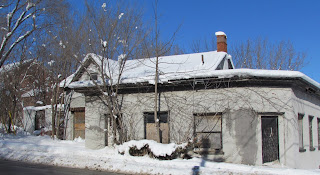 Brother Eric (the relative, not the cleric) sent me a link to a CountyLive story last week. The inevitable has happened. A little Picton building on Bridge Street is about to be demolished. I predicted its inevitable demise three years ago, about the time I discovered its crumbling stucco was revealing rowlock bond brickwork, about which I had enthused a short time earlier.


Work was to begin today. It won't take long. This workmanlike building was in pretty rough shape, and we can't save them all. A wreck has no place on Picton's increasingly tony Town Hill.  Great development potential. 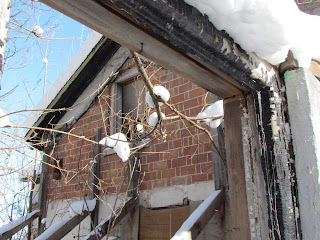 The building had been abandoned for some time. Just this once I won't wave the 'demolition by neglect' banner. Council did their due diligence, engaging a respected heritage expert to confirm what was obvious to most. Shame about losing an example of relatively rare rowlock bond construction, which is pretty much unique to Picton. But we have others.

What saddens me whenever we lose buildings is that in the process we lose a piece of our history, personal  and community.

I wonder how many others remember when there was a business in the cutoff corner of the addition to the original mid-nineteenth century brick house. It could well have been Hepburns' office even then - the 1950s? The Hepburn brothers were descendants of Arthur Hepburn, a timber and coal merchant. I vaguely recall coal sheds in the harbour at the bridge, in that area we used to call Delhi. 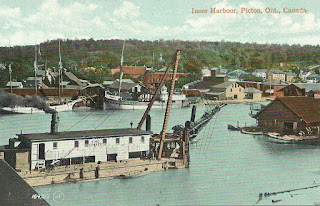 Another former Pictonian, my friend Larry, recalls that the corner office was home to George Welch's accounting office in more recent memory. Funny, as soon as I read that, I got a whiff of a stuffy office, dusty papers overwarmed by the sun. A sense memory telling me I might have been there with Dad?

This post card of the same area depicts an even earlier bit of history; doubt there are many around who recall this scene. We lose our built heritage a bit at a time; Picton looks a little different every time I visit. Kleinburgian.